The most recent game I can recall that was based on a poem was developer Visceral’s 2010 gore and boob-fest Dante’s Inferno. Road Not Taken, which takes its inspiration from a much shorter and less poop-filled verse by Robert Frost, is more or less the opposite of that. And it’s out now for PlayStation 4, PC, and Mac (reviewed version).

It’s a puzzle game about rescuing children from dangerous woods. It has randomly generated levels, and you only get one chance to win. It’s as mean as life, as cruel as the universe, and it still manages to be one of the most intriguing and moving titles released this year. 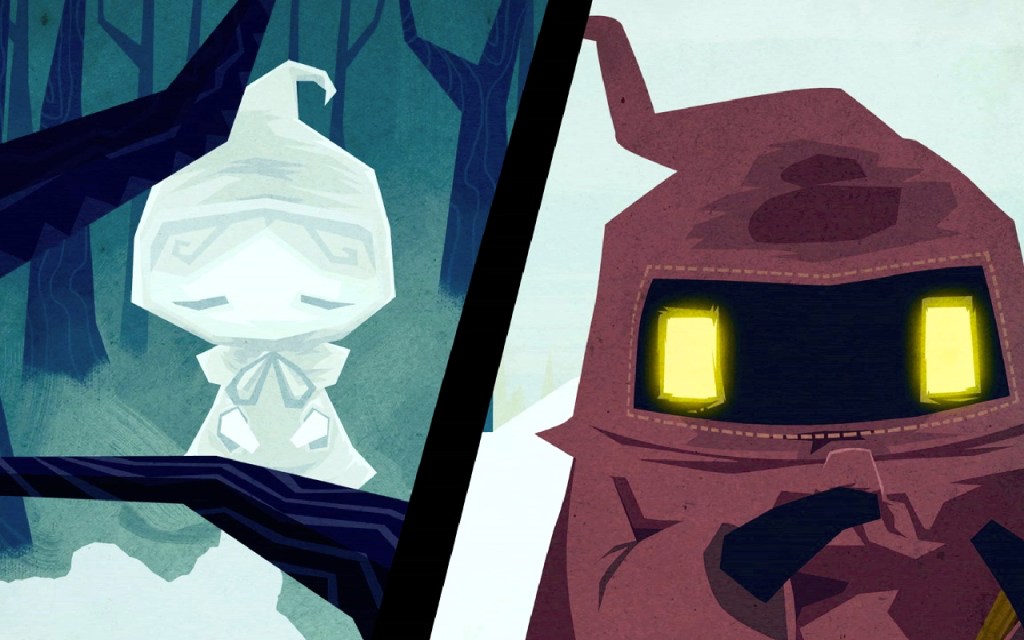 Above: Not all of your character’s sorrow is ahead of them.

The levels are unpredictable and challenging

Here’s the setup: Your nameless “ranger” arrives in a small village that has an unusual problem. It seems that every winter, children who go into the woods to pick the berries that sustain the local economy get lost. Your job is to brave the snow, puzzles, and vicious animals to save the little tykes before any of the dozen or so things trying to kill them succeeds.

Your main tool for this is your staff, which you can use to pick up and throw most objects. Liftable things have a green aura when you’re standing next to them, and you grab and hurl them using the same button. The catch is that you can only throw stuff in a straight line away from your body, and you can’t change how you’re holding something once you pick it up. So you have to take that into account before you touch anything. And carrying anything decreases your finite energy reserves, and when that hits zero, you die. Forever. So plan accordingly.

The bigger catch is that the woods are different each time you play, and you can only die once before your game is over and you have to start your attempt to make it through all 15 levels from the beginning. No matter how many times you play through it, you’ll never know what will be waiting for you on the next screen. 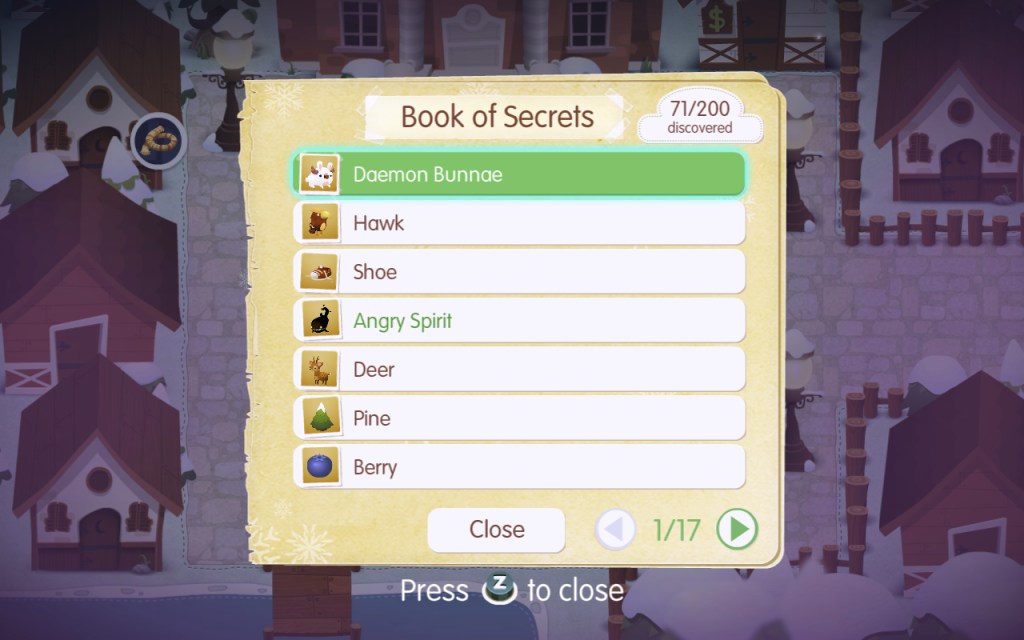 Above: You keep track of your discoveries in this book and can refer to them in future attempts.

Even your most doomed runs in Road Not Taken aren’t wasted time because you’re always learning new things about the world and all of the ridiculous stuff in it. Befriending villagers (yes, this game has light dating-sim elements) causes them to open up to you and share recipes for food and potions or even let you remove certain puzzle elements from the game entirely.

And everything in the Book of Secrets in which you keep all of this information carries over from one try to the next, so Road Not Taken gives you a constant sense of progress and building upon your past experience.

What it all means, man

It’s easy while playing Road Not Taken to live completely in the moment and only focus on the puzzles, evil spirits, and various animals that want to bite/curse/eat you. And your energy meter can be a distraction, too, because if it runs out, you’re done. Plus, all the objects do different things, and some switch places with others when you throw them, and which direction do bees attack from, again?

But beyond all of that, and its odd obsession with bears, Road Not Taken (like its namesake) is about life and choices. You can choose to court one villager to gain boosts, but other townsfolk will stop talking to you because society is fickle and people are mean. More drastically, you’ll have times in the woods where your dwindling energy reserves mean you have to decide which children you can save while still getting yourself out alive. 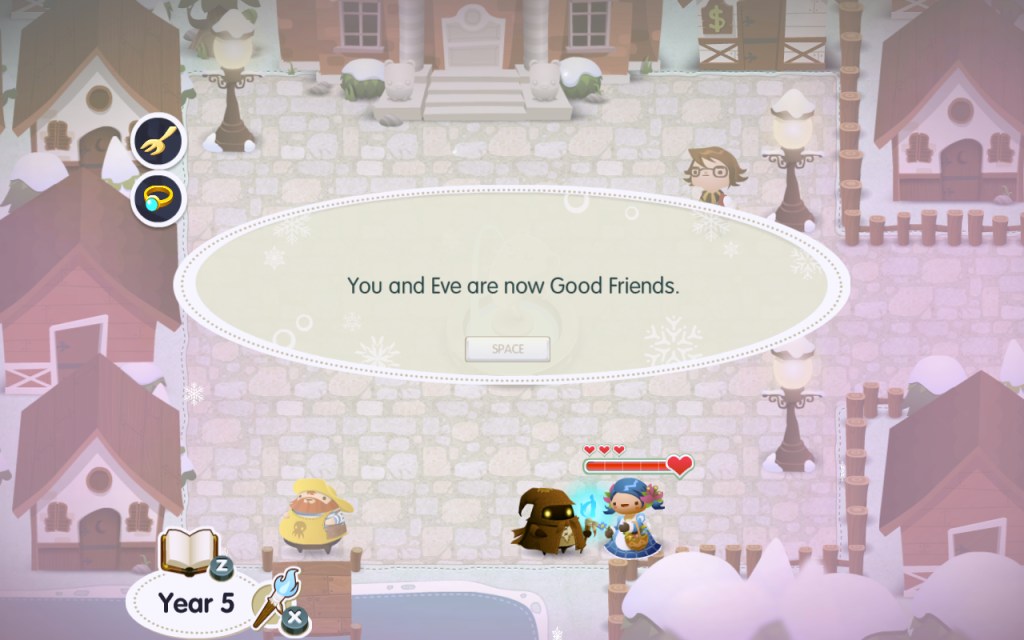 Above: Making friends around town can get you energy bonuses, secrets, and special items.

And that’s a lot of the game’s genius. On one level, it’s a crazy-hard puzzle game, but its difficulty belies the horrible truths beneath its cute art and jaunty music. The children are in danger because the village sells its berries to people in other towns who believe that the fruit makes them live longer. It’s exploitation on top of fraud, and the parents weep not only because the children are missing but also because they’re the ones who needlessly put them in danger in the first place.

Your ranger is in the middle of it, a convenient scapegoat for the Mayor and residents to hold responsible if too many children don’t return home. It’s your responsibility without it being your problem, and if you don’t perform, they’ll blame you and exile you to the frozen wastes and certain death.

And then the next ranger will find your corpse, take your staff, head into town, and the whole sad process starts all over again. It’s all very heavy, and that’s why we need so many cute jokes about bears — because otherwise it would all just be too much, dude.

Some people don’t mind challenge, and Road Not Taken is ready to give it to them. Since it’s an almost perpetual no-win machine, it’s easy to get frustrated, constant sense of progress be damned. It’s unfair, relentless, and grueling. And that’s all part of the charm, but people who prefer their games to set them up for success will probably not have the best time with it.

Road Not Taken doesn’t care if you succeed or not, and it’s often easy to believe that it is actively trying to thwart you. The cruel hand of fate is always hovering over you, giving you an impossible room or an energy-draining gauntlet of wolves, demons, and chicken-legged houses that will just kick you right in the stupid face.

You have to meet it on its terms because it doesn’t care about yours, and while I personally don’t have an issue with that, I know people who would completely hate that sh*t. So be warned. 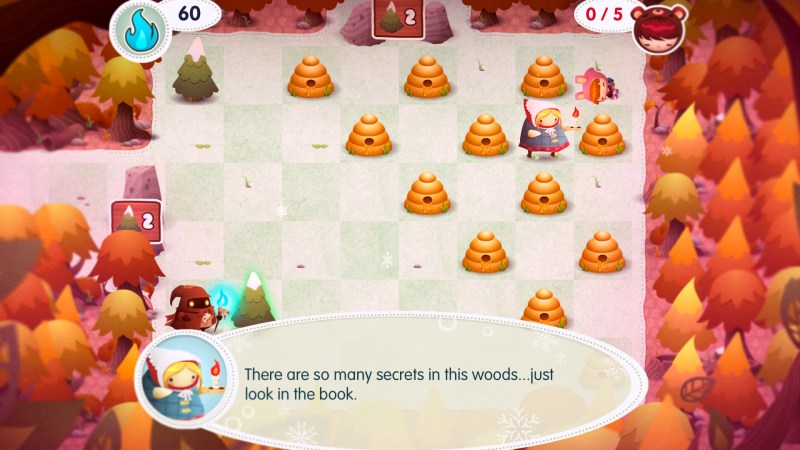 Road Not Taken is an intense, whimsical, unfair, occasionally satisfying, and remarkably interesting game that has plenty of subtextual meat for those who want to look for it. It’s otherwise a sharp and challenging puzzle game with a great aesthetic and surprisingly zany sense of humor that will make you laugh while kicking you in the ribs.

Road Not Taken is out now for PlayStation 4, PC, and Mac. The developer provided GamesBeat with a free Mac download code for this review.