Ah, summer vacation. A time for kids to relax, have fun… and forget everything they learned during the school year.

Fortunately, there are a wealth of educational apps that can help keep kids brains engaged and lessen the impact of summer learning loss. But, with so many available, it’s difficult to know what’s actually worth downloading.

With that in mind, GamesBeat reached out to teachers and education experts who know their way around the mobile marketplace. They’ve selected some of their favorite iOS and Android apps to help keep kids learning, and having fun, over the long summer vacation.

Below are the 16 apps they picked. Some cost a few dollars, but most are free to download and use straight away.

Who it’s for: Ages 4-10
Pricing: $1.99 on iOS, $0.99 on Android
Available from: Google Play, iTunes
In a nutshell: Collect pets while practicing math facts

Above: Best remember your math facts if you want to keep your pets happy.

Pet Bingo gets kids to practice their addition, subtraction, division, and multiplication skills and adapts to their progress as they go.

“Knowing your math facts is a necessary skill for being successful in math, and this app presents learning in a fun way to make knowing math facts automatic,” said Google certified teacher and education technology specialist Juli Kimbley.

Kids can earn pets and pet food by completing the challenges, and adults can keep track of progress in the “report card.”

Who it’s for: Ages 6-12
Pricing: Free
Available from: iTunes
In a nutshell: Get kids talking as they bring inanimate objects to life 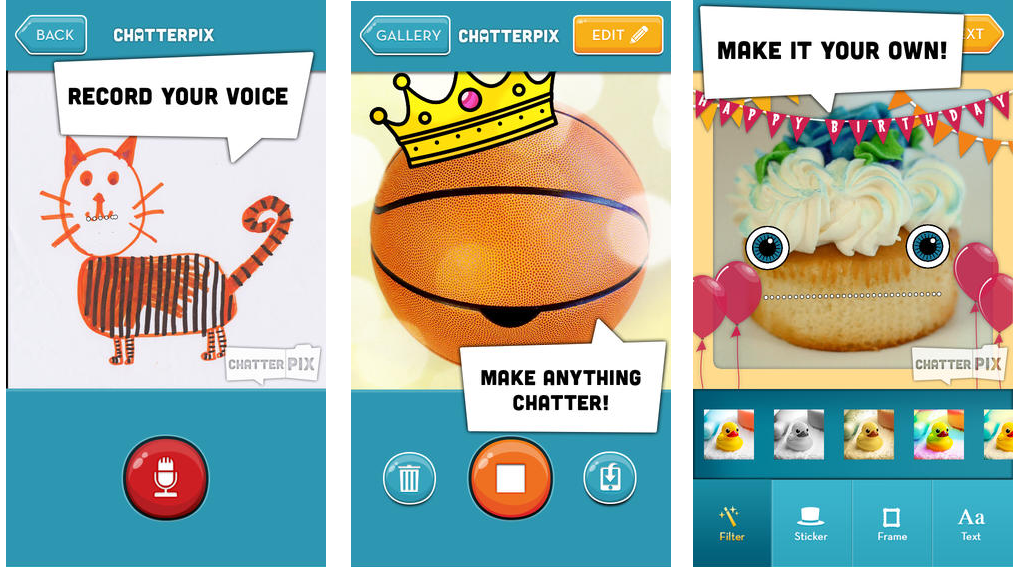 Above: You can bring everyday objects to life with ChatterPix Kids

ChatterPix Kids turns any doodle or photo into a talking message. Simply draw a line where you want the mouth and record your message. Kind of goofy, but any app that gets kids speaking and listening is good, right?

K-5 teacher Terri Eichholz recommended Chatter Pix, having used it in class. She pointed out that kids using Chatter Pix should maybe be taught that “talking mouths look kind of creepy on top of noses and even creepier on pin-sized heads.”

Who it’s for: Ages seven and up
Pricing: Free for basic version (iOS only), $4.99 for Tynker Premium
Available from: Google Play, iTunes
In a nutshell: Learn to code by playing games and solving puzzles 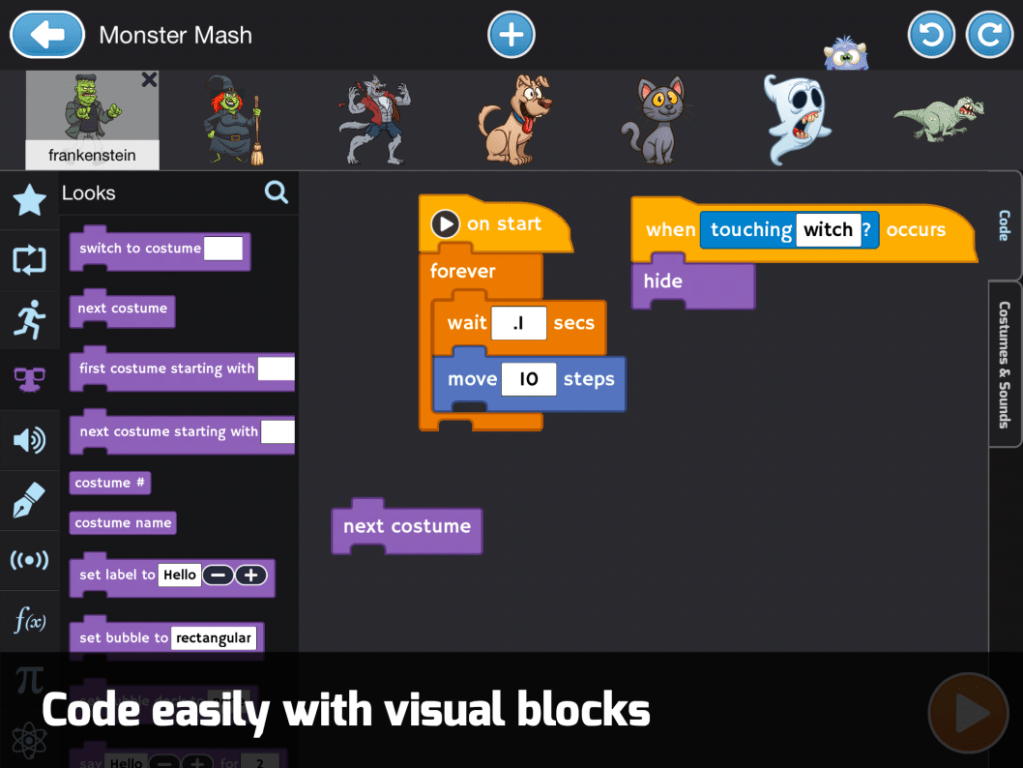 Above: Tynker is great way for kids to start coding.

Tynker is a great example of an app that teaches kids to code. They can start out solving puzzles, move on to remixing ready-made games, then create projects of their own.

“The iPad app allows kids to intuitively build small programs by stacking command blocks on top of each other,” said Raj Sidhu, creator of the Code Monkey Island board game. “Coupled with its colorful environments, simple objectives, and helpful debugger, Tynker makes for an engaging resource for kids ages seven and up.”

Who it’s for: All ages
Pricing: Free
Available from: iTunes
In a nutshell: Unlock the writing potential of your iPad

Above: Penultimate offers what is described Evernote describes as “the most natural digital handwriting experience.”

Penultimate is a free app that offers what publisher Evernote describes as the “most natural digital handwriting experience” available on the iPad. Penultimate automatically disregards palm movement on the screen; only intentional marks appear.

Perfect for taking notes, keeping a journal, or sketching, Penultimate notes will sync to your Evernote account for posterity.

French teacher and Teaching with iPad founder Steve Lai thinks Penultimate is a great way for parents to share the process of writing and spelling with their kids. “Parents can use this app to quickly write words directly on the iPad screen for their kids to read,” he said. “On the flip side, parents can dictate words and have their kids spell them.”

Who it’s for: Ages nine and up
Pricing: $0.99 (with a free “Lite” version on iOS)
Available from: Google Play, iTunes
In a nutshell: Shoot aliens and learn your presidents Not many apps let you fling U.S. presidents at invading aliens, so when one comes along it kind of stands out.

“This game is several games in one,” said Juli Kimbley. Children can “learn facts about the presidents and the order in which they served and practice that information in fun ways. They can find the president who succeeded another president, recognize which president is which, place them in order, and eliminate the aliens from the board for another fun challenge.”