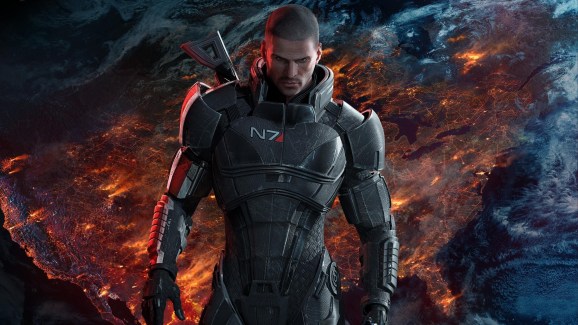 The developer responsible for one of the biggest role-playing game franchises of the last generation is moving on.

Casey Hudson, who oversaw the Mass Effect sci-fi RPG series, revealed that he is leaving BioWare. In a blog on its website, BioWare confirmed that Hudson is departing the company. The studio notes that its sci-fi RPG mastermind wants to “enter a new stage of his career” — although he’s going to kick that off by taking a “much-needed break.”

Hudson addressed his departure in a letter to his BioWare coworkers:

“After what already feels like a lifetime of extraordinary experiences, I have decided to hit the reset button and move on from BioWare. I’ll take a much-needed break, get perspective on what I really want to do with the next phase of my life, and eventually, take on a new set of challenges.

Though there’s never an easy time to make a change like this, I believe this is the best time for it. The foundation of our new IP in Edmonton is complete, and the team is ready to move forward into pre-production on a title that I think will redefine interactive entertainment. Development for the next Mass Effect game is well underway, with stunning assets and playable builds that prove the team is ready to deliver the best Mass Effect experience to date. And the Dragon Age: Inquisition team is putting the final touches on a truly ambitious title with some of the most beautiful visuals I’ve seen in a game.

But while I feel that the time has come, this is without a doubt the most difficult decision of my career. BioWare is as magical a place today as it was when I started. The projects we are working on are some of the most exciting and prestigious in the world. The talent in our teams is second to none. And the people here are some of my closest friends. I’ve spent more time with many of you than my own family, and I have enjoyed every day of it.”

Hudson started at BioWare 16 years ago. After working on the RPG Neverwinter Nights, he got his first chance to a direct a project with another RPG, 2003’s Star Wars: Knights of the Old Republic. That game was a breakout hit. Hudson then worked on the Mass Effect franchise, an original BioWare property, over the next 10 years.

BioWare is making a fourth Mass Effect game at its studio in Montreal. We know little about this game, but it is not going to follow the events of Mass Effect 3.

The studio’s next release is Dragon Age: Inquisition, the latest entry in its fantasy role-playing game, and it’s set for November.