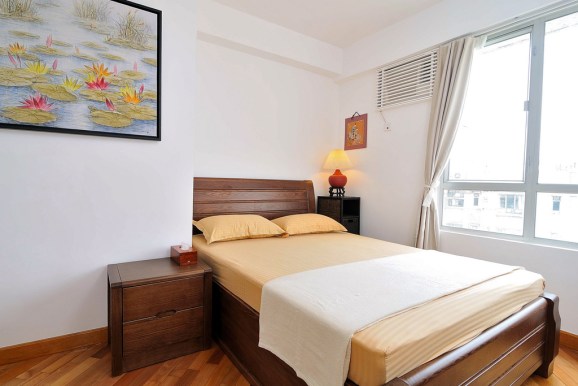 The sharing economy is a complicated concept.

The idea that Uber, Airbnb, TaskRabbit, and countless others are running with is that anyone can contribute to society and make money doing it. Of course, with tricky legislation stopping some movements like ride sharing and home sharing, the issue runs a little deeper than simple “sharing.”

On Thursday night, Airbnb’s CEO Brian Chesky stopped by the Colbert Report to explain some intricacies of his business. Colbert started the interview with, “What is the difference between Airbnb and home prostitution?”

“Everyone should be able to participate in the economy like a corporation,” Chesky said, responding to a different joke. “What the sharing economy really means is that now people in 60 seconds can be micro-entrepreneurs.”

When asked about the trouble Airbnb has received from lawmakers and larger hotel chains, Chesky said he just chalks those up to people not wanting to change the status quo.

“We launched during the economic crisis of 2008 and there were people who really needed this change to happen. I think it’s fundamentally a good thing for the world,” Chesky said.

Airbnb is certainly worldwide now. The CEO said the only countries Airbnb doesn’t operate in are Iran, Syria, Cuba, and North Korea. Out of 600,000 World Cup attendees, 25% stayed at an Airbnb this summer in Brazil, he said.