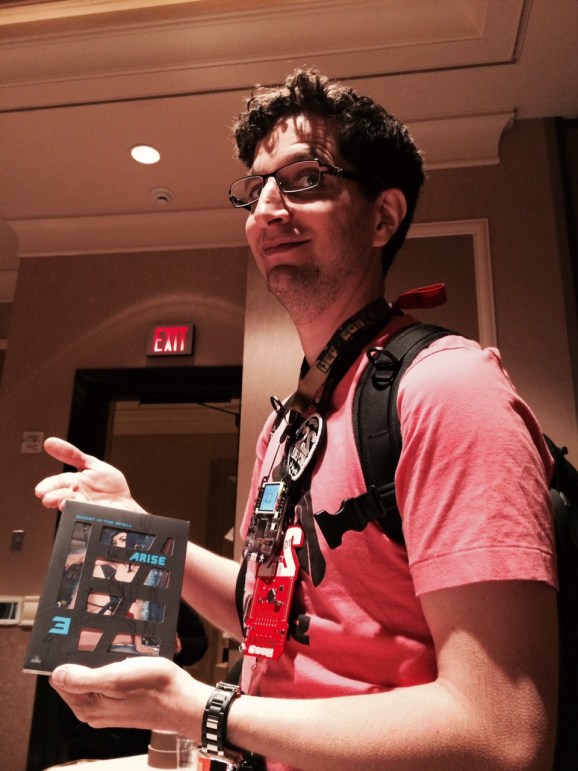 Las Vegas — The anger is gone, but the suspicion lingers.

Last year’s Defcon event saw blatant anger directed at the feds after Edward Snowden’s revelatory leaks about the National Security Agency’s metadata collection efforts ignited a global firestorm. But this year is different. The relationship between Defcon organizers and the feds has entered a cooling off period.

To be sure, the feds are here, although incognito, an intelligence source and Defcon founder Jeff Moss told VentureBeat.

Gone are the panels led by NSA and FBI dudes with nametags trumpeting their organizations and eager to hire those wanting to change the world — or, in this day and age, make it safer.

While an atmosphere of “excitement and risk,” as Moss called it, is palpable here in the hallways and conference halls, the feds, officially at least, have been relegated to the sidelines.

The feds this year failed to come up with a viable program that would have kept the crowd rapt, or at the very least, interested, Moss said. Instead, they seemed to be circling the wagons, figuring out their next moves.

“There weren’t that many submissions this year. There wasn’t a ‘let us tell you about the cool stuff that were doing at X.’ I could have gotten what they wanted to do (at Blackhat) from their webpages,” Moss said.

And it’s too bad, too, because this year’s Defcon is the most attended in the history of the world’s best hacker convention, which launched an astonishing 22 years ago, Moss said, pinning the crowd at nearly 15,000. Last year 12,500 people showed up.

The relationship between the feds and the hackers will surely come full circle someday. And for Moss, the door is always open for a chat. Which is a good thing. But first, the feds need to come up with something fun. And unique. Something the attendees don’t already know.

“We’re waiting for the FBI, NSA to figure out ways to engage with the community instead of pissing guys off. We never said ‘hey, don’t come back.’ There’s weird tensions, and it’s time to think it through,” Moss said.

“At this point, people have had time to digest it. If the feds want to do something, they need to really think it through. If they want to engage, they need a plan,” he said.

“We’re curious what they’re up to. And the hackers want to do good things. So let’s make that happen.”