There will be blood — lots and lots of blood.

That was the overall message of Tripwire Interactive’s Tuesday press event for the sequel to the breakout hit Killing Floor, which Tripwire president John Gibson said had sold 2.6 million copies to date.

Some gentle probing of Gibson and vice president Alan Wilson revealed that the game’s release cycle will begin with a tour on Steam’s Early Access program “when the game is ready.”

Wilson also hinted at a possible console release, mentioning that Tripwire extensively tested one of Valve’s Steam Machines. Other Tripwire employees mentioned to me throughout the evening that they worked with Sony throughout the development of Killing Floor 2.

I was told to “infer what you will” from this group of statements.

The theme of the hands-off presentation — and the game’s development — centers around three core elements: bullets, blades, and blood.

The guns and melee weapons 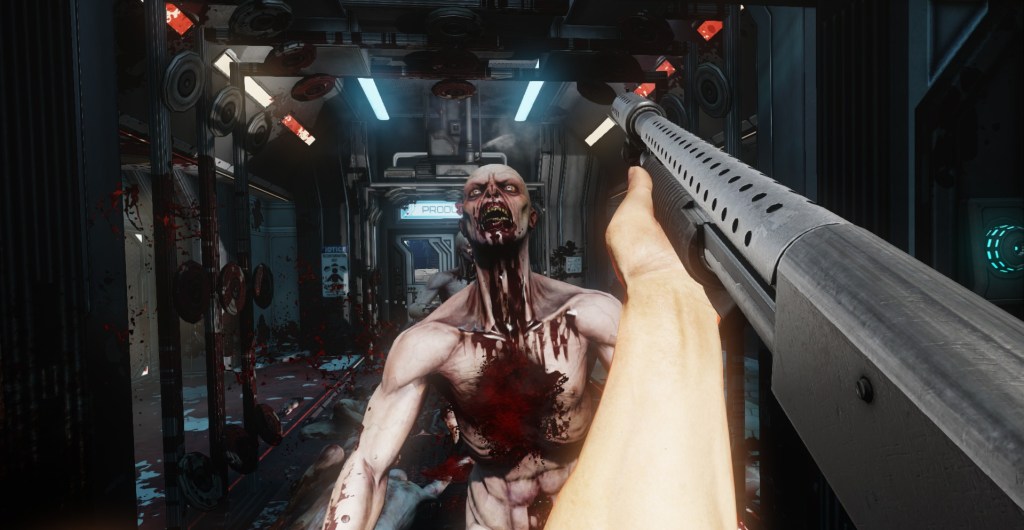 Above: “B” is for bullets, and that’s good enough for Killing Floor 2.

Bill Munk, creative director and senior animator for Killing Floor 2, was all-too-happy to gush about the title’s weapons.

He promised realistic gun animation and lifelike reloading animations thanks to a motion-capture session with “an insane weapons specialist that can do all of this shit in real life” at the Sony San Diego studios.

Munk also animated the gunfire in Killing Floor 2 at over 200 frames-per-second to catch the subtle nuances of gun behavior, such as the wobbling of the barrel during a shot.

The end result looked fantastic during the demo. Munk painted the walls and ceiling of the newly-envisioned Biotics Lab (a fan favorite in Killing Floor) map with the blood and body parts of genetically-modified freaks known as Zeds. We only got to see the assault rifles and shotguns, but they looked smooth and realistic.

The blades section was the least polished of Killing Floor’s “big three.”

“Our hope was that players would be willing to play Killing Floor 2 even if there were no guns,” Munk said during the presentation.

He went on to show off the Katana weapon, but some of the animations were a bit off. Occasionally, there would be a slight delay from when the sword hit and when the body parts of the creatures were sliced off. Some of the wrong body parts were also flying off; a downward slice to the shoulder sometimes decapitated the Zed.

This was just an early-Alpha build of the game, so it is entirely possible that these small inconsistencies will get ironed out in the months leading to the release of Killing Floor 2. 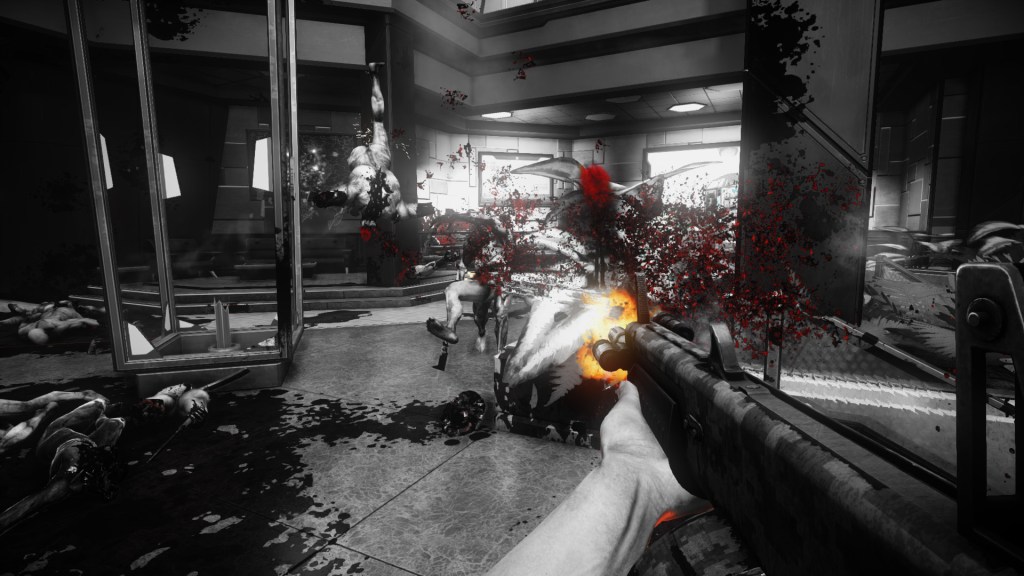 Above: Killing Floor 2’s slow-motion feature really brings out the color of blood.

And then there was the gore.

Around 60% of the presentation and most of my one-on-one interview time was spent discussing the gore.

Again, Munk was the driving force behind the bloody nature of the title.

“I’ve played games for years, and I’ve always though ‘hey, wouldn’t it be badass if the blood from all these bad guys stayed on the map?’ That’s basically our entire design strategy. If something looks cool or badass, it’s going in Killing Floor 2.”

And that’s exactly what the developers did.

The Killing Floor games center around teams of players killing waves of Zeds. The strength and number of Zeds increase with each wave. Now, the blood from the hundreds of dead Zeds will stick around throughout the entire game.

How did they do this?

Basically, Tripwire covered every part of every map in blood from the beginning. The colors that make up the floors, ceilings, etc. are all animated on top of the blood. The Zed’s gushing corpse is simply peeling back a layer of animation to expose the bloody core of the level.

“To my knowledge, this is the only game that has ever done this,” art director David Hensley said. “We wanted to do it in a way that caused no memory lag or frames-per-second issues, and we succeeded.”

The M.E.A.T. system brings horror and gore enthusiasts’ wildest dreams to life. A clean headshot might decapitate a Zed, but it may also blow a chunk of its skull off too. The head alone has five points of dismemberment.

“Actually, you can use this information as a barometer of difficulty,” Hensley said. “If the head explodes in one shot, these are low-level zeds. If it takes two or three, you know that these are tougher enemies.” 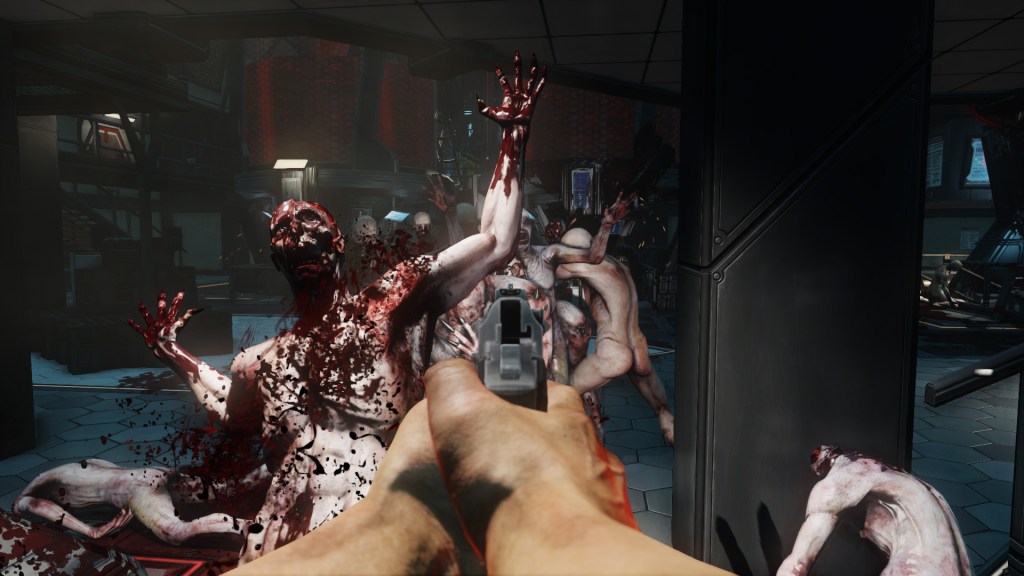 Above: An example of the higher-level Zeds’ resistance to headshots.

Hands and feet — not just whole arms and legs — can now be removed from Zeds. The Tripwire team also made it a point to show us that dismemberment of already-dead creatures is possible.

One Zed was killed by a grenade, which sent him flying towards the demo’s player (controlled by Munk). The player then used the AA-12 automatic shotgun to blast the creature into five or six pieces.

Both Munk and Hensley referred to the M.E.A.T. system as “the most dynamic video game gore system in history.”

Munk doesn’t expect too much backlash from parents or advocacy groups because players are dismembering genetic freaks and not realistic-looking people.

American audiences probably won’t bat an eye at this next-level graphic violence, but both Munk and Gibson were willing to concede that the game will almost certainly have to be altered for more conservative gaming markets, such as Germany or Australia.

Gibson said he would be willing to offer tamed-down versions in countries opposed to the gore.

“The most important thing is that players everywhere get to play Killing Floor 2. However, we’d much rather the people in places like Germany and Australia vote out these governments that place ridiculous restrictions on games.”

Basically, the trailer showed a lab worker (seen below) using a pistol to fend off waves of gruesome creatures while trying to make it to an elevator. The camera’s point of view was a traditional first-person shooter angle, similar to when Karl Urban goes crazy and kills everything in the Doom movie.

Here are a few still images from the trailer: 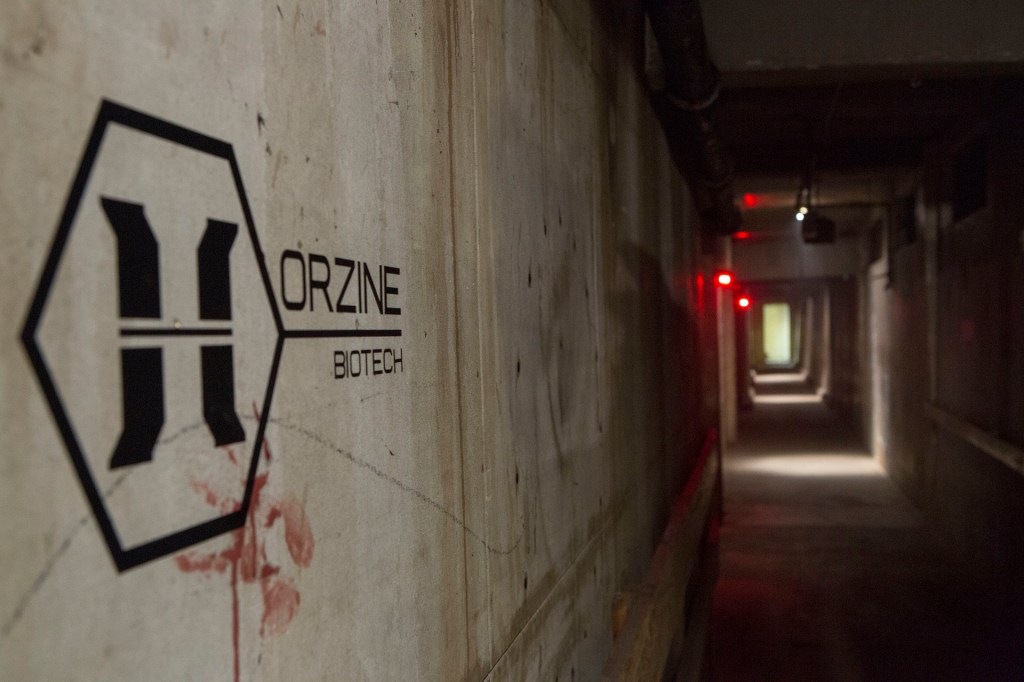 Above: A Horzine Biotech wall logo in the setting of Killing Floor Uncovered. 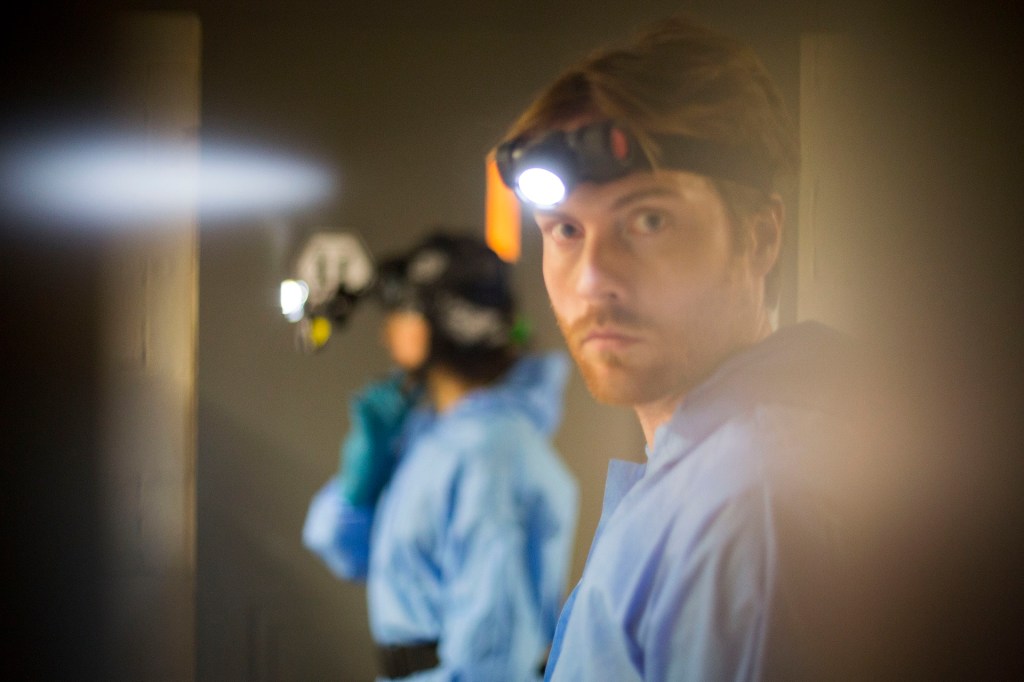 Above: Two of the Horzine Biotech lab workers in Killing Floor Uncovered.

Last but not least, here is a gallery of the official screenshots released today: 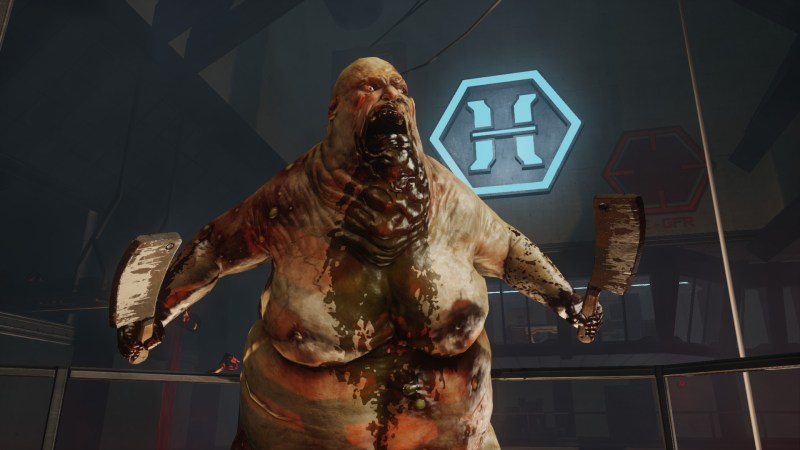 Above: The Bloat is a charming creature.