Hohokum is a … well, um … I’m not 100 percent sure what it is. I can tell you it’s a downloadable game for the PlayStation 4, PS3, and Vita. It comes out Aug. 12. And it’s colorful, whimsical, and just plain weird. When I assigned our upcoming review of Hohokum to GamesBeat writer Evan Killham, he said, “Should be interesting. I watched the trailer and still don’t know what the hell it is.”

The quick and no-justice way to describe Hohokum to gamers: It’s similar to the video game Flower, where you just fly around (as a snake-like kite thingie) and interesting things happen. (Flower’s also a bit hard to explain succinctly, right?) You can watch the trailer below for a better visual, but we’re not here to give you a preview or spoil Evan’s review. (UPDATE: Here it is.) We’re here to see what got into the minds of the developers.

We chatted with Ricky Haggett, the designer and cofounder of development studio Honeyslug, and Richard Hogg, Hohokum’s artist and collaborator, to see what influenced and inspired this quirky, one-of-a-kind game. The first five things to come to their minds were …

Richard Hogg: We love kites. I guess kites are a fundamental inspiration for Hohokum, because when we talk about the thing that you are in the game — the way you move and the way the player might feel when controlling it — kites are always the first analogy we go for.

It wasn’t like we sat around saying, “Hey, we like kites. Why don’t we make a thing that’s a bit like a kite?” It was more that when we first started prototyping that thing, all of us said, “It feels a bit like you’re flying a kite.”

That became a very useful benchmark feeling for what you are in the game and how you feel in the game. Both in terms of literally the way it moves but also in that it’s kind of a creative thing. It’s not like that line in the sky that you’re drawing is ever going to be a permanent thing. It’s a thing that lasts a few seconds. It’s kind of creative but in a throwaway sort of way, I suppose.

Ricky Haggett: Speaking of kites, there is a real Hohokum kite now. We have a chap in England called Karl Longbottom who made this.

Hogg: He’s a kite designer. I’ve still not seen the kite in real life, though. I’m quite excited about getting my hands on it. But apparently you need to be a professional kite-flyer. Or at least somebody who’s an experienced kite-flyer. It’s quite big.

Shall we move on to the next thing? 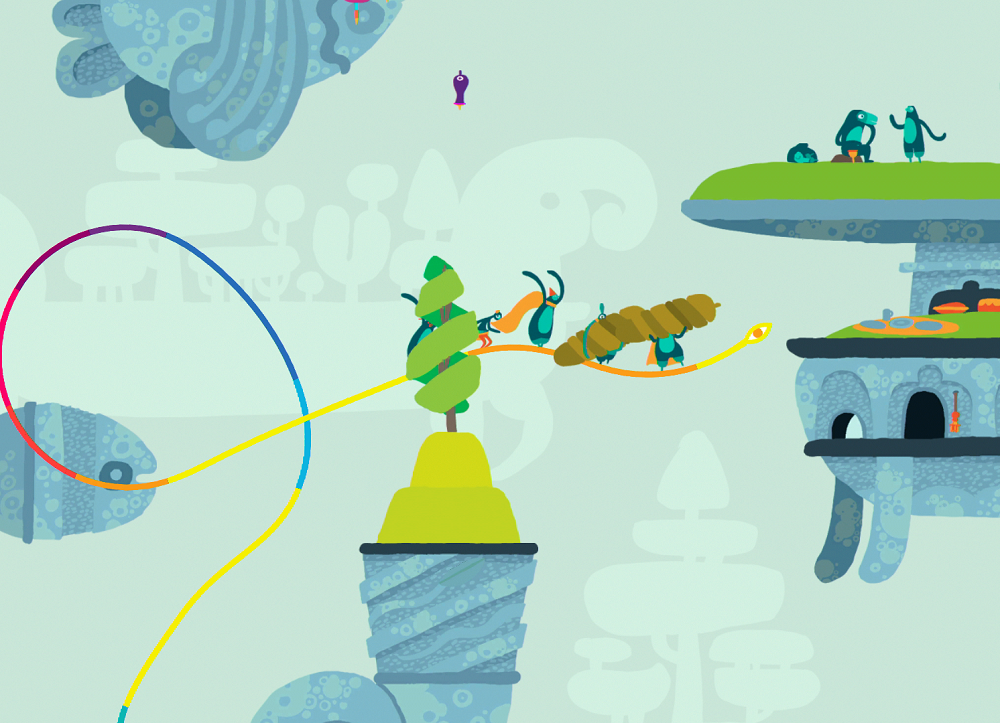 … the village of Portmeirion in North Wales

Hogg: You might be familiar with this place from a ’60s TV series called The Prisoner. Portmeirion is the town where all the filming was done for it.

It’s a strange — it’s almost like a sort of village-sized folly. This guy called Clough Williams-Ellis owned the land. He’d been to places around Lake Como [Italy] and Palladian mansions and that kind of thing. He decided to make some version of it as a strange hobby, an architectural project. He built this quaint, strange village with Italianesque houses. They’re all … very unusual choices of colors. Not quite pastel-y but quite strong. Quite Hohokum-ey colors, I suppose. It’s an amazing place.

From a distance it looks like quite a substantial little town built into the hillside on a bay. When you actually go there, you realize the buildings are kind of half-size. The things that from a distance look like mansions are actually just little cottages. It almost has a kind of film set or theme park feel to it. But at the same time it’s quite old.

Ricky, have you ever been there?

Haggett: No. I’ve only seen pictures.

Hogg: You should go there. It’s a long way to go, but if you’re in that part of the world, it’s worth going. Although it’s kind of spoiled by tourists. You shouldn’t go there in the summer. It’s busloads of idiots just hanging around there. It’s a good place to go in the winter. It’s a good place to go for a little romantic getaway. The restaurant there is quite good. 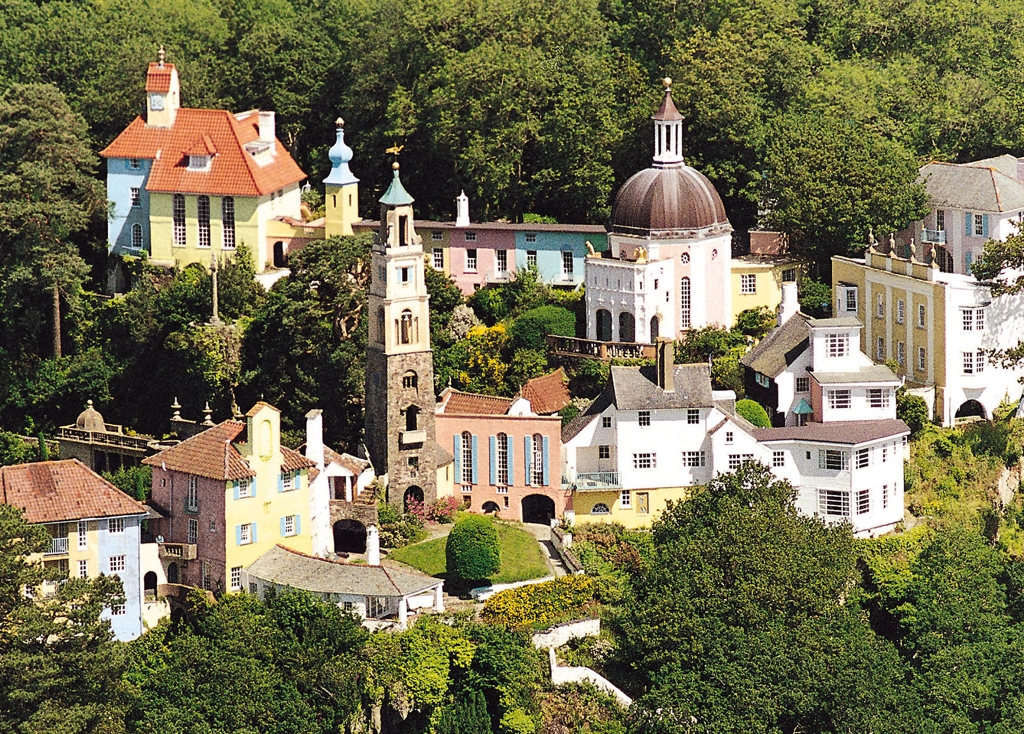 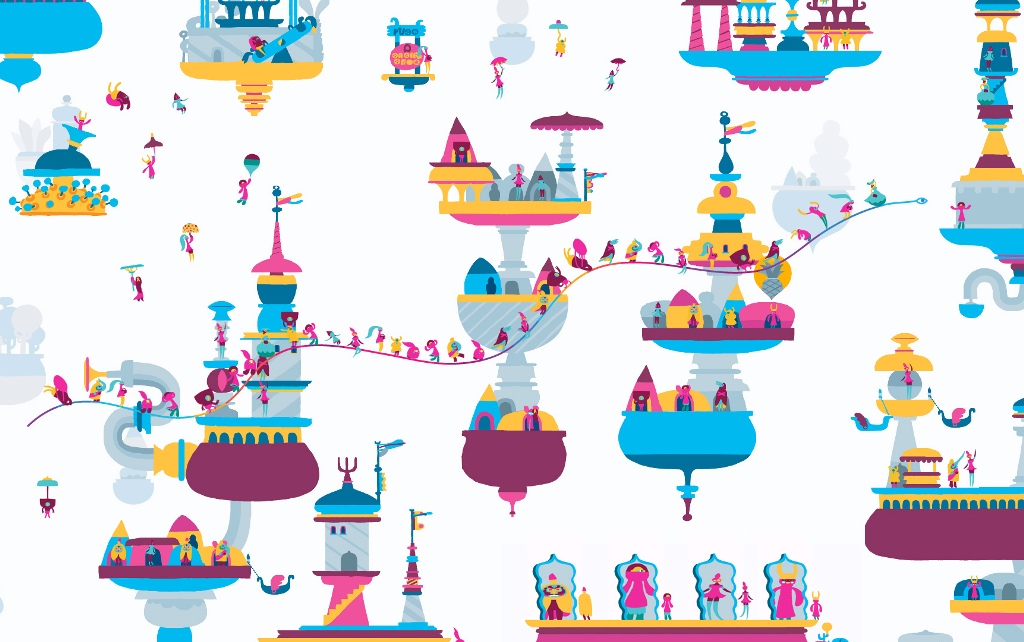 Haggett: There’s a bit in the game where there’s this huge creature that lumbers around on a kind of plateau. There’s a bunch of characters that ride on his back. I guess the feeling of it is a bit like when, in the days of the British Raj, people would go to India and have a ride on an elephant.

Hogg: You can Google it, and you won’t believe this thing actually exists. It doesn’t seem believable.

Haggett: It’s a weird deer-like pig. It looks like a hairless wild boar, and its tusks are growing too long. It almost looks like its tusks are going to grow back and stab it in the eye. I like the fact that it — like a lot of things in Hohokum — is kind of familiar, but there’s something different about it that makes it not of this world.

Haggett: Yeah. All of us in the programming team just called it an elephant. We’d always call it an elephant. The more annoyed Richard got, the more we enjoyed doing that.

Hogg: It’s not an elephant, guys. It’s a giant babirusa.

Haggett: Have you ever seen one of these in real life?

Hogg: Yeah, I think I have. I think they’ve got one at London Zoo. Or am I getting it mixed up with the warthogs?

On a wider note, we are often inspired by things like this, real things that are just on the edge of consciousness. They’re not famous. They’re not things everyone is familiar with. When you search “babirusa,” the next thing Google recommends to you is the pink fairy armadillo. Which is another one of these stupid creatures that’s really weird, almost unbelievably strange-looking, but it’s a real thing that exists. We haven’t got one of those in the game, unfortunately.

Haggett: Save it for the next game.

Hogg: Yeah. The next game will be full of pink fairy armadillos. 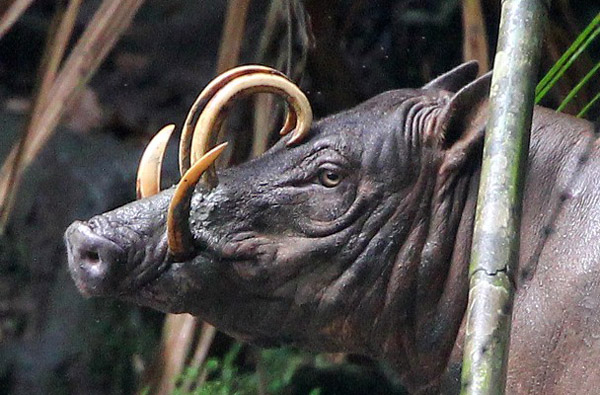 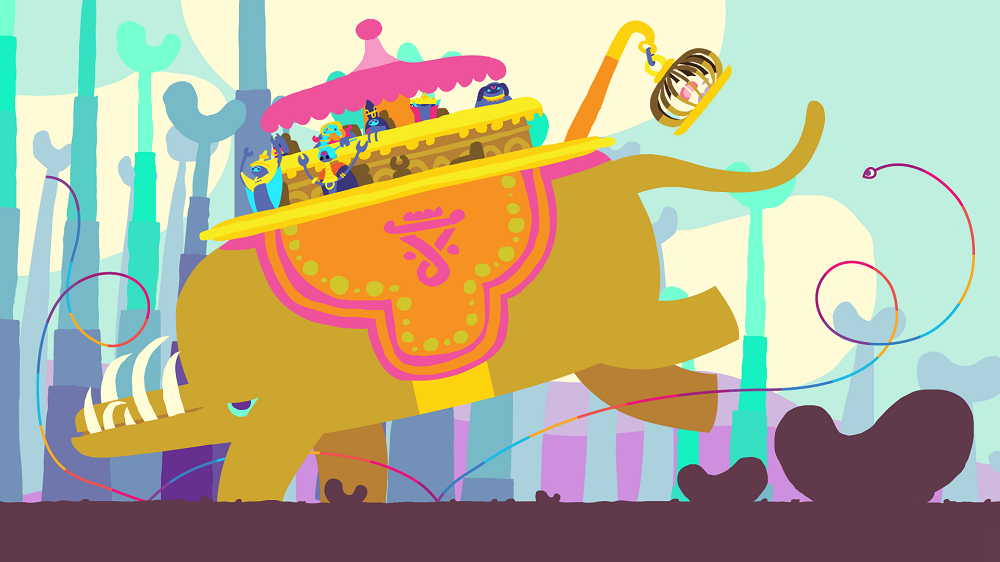