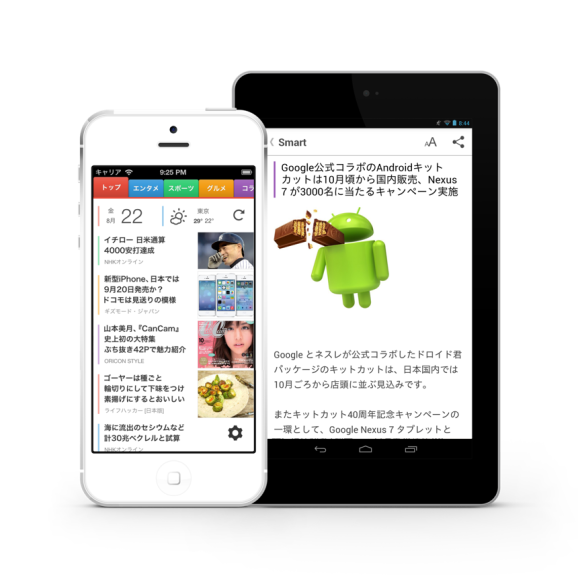 Japanese news reading app SmartNews just received a fat $36 million in second round funding from International investment firm Atomico and mobile-social gaming company GREE to push its product outside the borders of Japan.

SmartNews finds and categorizes trending news using algorithms, like Flipboard, but also mines Twitter for hot comments. The app, available on iOS and Android, carries news from over 100 sources, according to TechinAsia.

The app launched in 2012 shortly after Flipboard expanded its signature app into Japan. So far, more than four million people have downloaded the app. SmartNews has also garnered accolades from both Apple and Google, which acknowledged the app in their respective ‘best of’ awards.

The company plans to release a U.S. version this fall with guidance from Atomico and GREE, both of which have experience expanding startups into global markets.

This recent round brings SmartNews’ total funding to $40 million. The company raised $4 million in its first round a year ago.