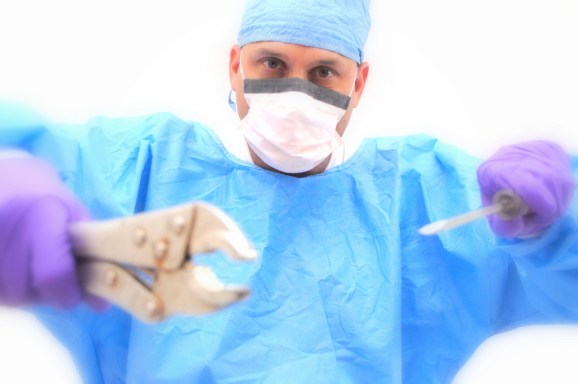 Many people in the U.S. have high-deductible health plans, so the cost of having a medical procedure is hugely important. One way people are dealing with this is by going online and getting bids from doctors who might perform the procedure.

That’s what Medibid is all about. The site sets up an action system for healthcare procedures. It’s like Priceline, but for knee surgery (and a lot of other things). So some patients can actually save money by getting a procedure done in some other part of the country after having found a good deal on it at Medibid.

It often takes a few days for doctors to respond to a bid, and bids often come as package deals that include the physician’s fee, the anesthesiologist’s fee, and the facility fee. Once a patient has been serviced with bids, Medibid bows out, leaving the patient to vet healthcare providers and facilities. The site does make sure that bidding doctors are credentialed. The patient pays the winning bidder in full and up-front.

Medibid charges consumers (Medibid calls them “seekers”) $25 to put a procedure out for bid, or about $60 to make unlimited listings for a year.  Doctors are charged $50 to respond to a bid, or $250 to respond to multiple bids.

Medibid founder Ralph Weber says his site lets patients strip away the opacity that surrounds health-care pricing, where charges vary wildly even in the same market and can be nearly impossible for consumers to obtain.

“We introduce transparency and also competition,” Weber said. “We are a disruptive innovation, a free-market alternative to Obamacare.”

Weber says that about 120,000 consumers have now sought medical procedures on Medibid. Lots of them have high-deductable health plans or are uninsured.

Is this the consumerization of healthcare gone too far?

Or is it exactly the answer to the wildly overpriced and inefficient healthcare system in the U.S.? A free-market bidding process might remove unnecessary and hidden costs from the bill and lend a lot more transparency to the litany of clinical tasks, consumables, drugs, and other fees that are always associated with a health procedure.

“We can expect this trend to continue as technology continues to give us greater visibility of consumer reviews,” says digital tech consultant Jim Bloedau. “Most industries live and die by competition, why not healthcare…it can only spur on higher quality in most cases.”

The fear, of course, is that patients will gravitate toward the lowest bids and not do the work of making sure that the provider is reputable, credible, and honest. The Medibid system also trusts that providers won’t find reasons to tack on new costs while the procedure is being done, or during aftercare.

Medibid “is a phenomenon that is in part being spawned by the absurd, nonsensical and inexplicably unfathomable pricing of American health care,” said Arthur Caplan, head of the division of bioethics at NYU Langone Medical Center in New York. “Cheap sounds good, but in these auctions you’re not getting any information. Was the guy at the bottom of his class in medical school?”

“In the current world you buy the name — the institutional reputation of a doctor or hospital. Insurance companies or hospitals drop people who have high complication rates or costs due to errors, ” Caplan added. “Medical care is not like buying a watch on the street or a hotel room online. The stakes are much, much higher.”

Medibid is based in Murfreesboro, Tenn.