Games generally haven’t made a successful transition to movie theaters. In fact, you’d be hard-pressed to find a handful that actually made the grade.

The movie project based on acclaimed PlayStation 3 and PlayStation 4 survival-horror adventure game The Last of Us may buck the trend, but it’s going to need to lose some fat along the way, according to writer Neil Druckmann.

“In two hours you can’t tell the same kind of story that you can in a game like The Last of Us, which is 15 hours,” Druckmann, who was also writer and creative director for the game, told trade magazine MCV.

Druckmann said there’s just too much in-game content to make the cut in the movie, which was officially announced at San Diego Comic-Con last month. “I’m in the middle of it now,” he said, “and it’s been super difficult because there’s so much that happens in The Last of Us – even just in the cinematics – that can’t fit in a film, let alone all the gameplay in-between and dialogue.”

The movie, which has The Evil Dead and Spider-Man director Sam Raimi at the production helm, will keep the core relationship between the game’s two protagonists, Ellie and Joel, but beyond that it may differ significantly from its source material.

“What is this story really about?” asked Druckmann. “It’s clearly about Joel and Ellie. What are the most important beats that we can’t lose? Start with those, and cut everything else out.”

Druckmann said that the game “almost has this novel quality as far as how much content there is, and a film works really well when it’s laser-focused.” 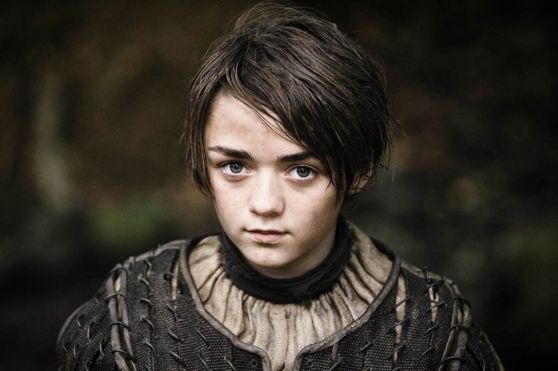 Above: Maisie Williams is a potential Ellie in the movie version of The Last of Us

Reducing the story to its core elements clearly hasn’t been easy for Druckmann, who is more used to working on the long-form medium of video games.

“It’s been really difficult to cut certain things out,” he said, “but what I’m starting to get is this really focused narrative that’s about these two characters. Some parts will be similar to the game and some parts will be quite different, but it’s kind of interesting in helping me understand this other medium and its strengths compared to video games.”

The Last of Us doesn’t have a release date yet, but the production team is openly pursuing Maisie Williams, better known as Arya Stark from Game of Thrones, as a potential Ellie.