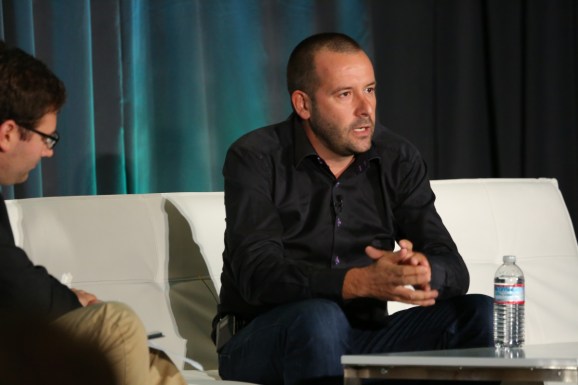 SAN FRANCISCO — Hiring highly qualified and talented employees is still a challenge for most tech companies, and LinkedIn is no exception, according to its head of global marketing operations, Nicolas Draca.

During a fireside chat with CNET’s Ian Scherr at our GrowthBeat conference this past week, Draca shared his team’s approach to hiring, as well as some of his other practices when it comes to nurturing his team members.

“Don’t be afraid to hire young,” he said at one point. Currently, the average age on Draca’s team is 24.

During the interview process, Draca and his team look for three things: culture fit, passion for the job (people who “own” the job, not just do it), and “what is the person going to do next,” which we understood to be ambition. Moreover, out of the seven (or more) people who interview each candidate, all have to be in agreement by the end of the process and discussions.

When I asked Draca why his team’s average age was so young, he said that it was because “it’s tough to find talent,” so limiting himself to seasoned professionals would just make hiring impossible. So instead, he’s very open to young people with raw talent and the ability to “ramp up” very quickly once on the job. Naturally, this sparked questions about age discrimination, but Draca assured me that he of course has older folks on his teams and youth is not a requirement at all. He simply wants to encourage others to not be afraid of hiring young talent.

When LinkedIn released its workforce diversity numbers in June, it didn’t include age distribution, so we can’t take a look at how this team compares to the rest of LinkedIn. (Anecdotally, our interactions with the LinkedIn team as a whole show a markedly balanced age distribution when compared to, say, Facebook or Twitter.)

An interesting practice Draca’s team has is a quarterly project pitch every person has to do. The presentation is a single slide with a 90-second-long sound byte. Presentations are mandatory and are judged by senior folks outside Draca’s team. Draca has instituted this for three reasons: It’s challenging; it gives his people visibility; and it’s an opportunity to explain what they do to other teams.

“We do a shitty job at explaining what we do,” he said, referring to the often misunderstood function of his team by other LinkedIn employees.

Draca also said that whenever someone doesn’t present themselves very well during one of these pitches, he actually holds their supervisors accountable first. He expects his five “leads” to mentor their subordinates and turns to them first when a presentation doesn’t go all that well.

Also, once a year, employees everywhere in the company are given the opportunity to apply for other jobs within LinkedIn (not a guarantee they’ll get them) as a way to encourage them to develop their careers.

“We invite people to reinvent themselves,” said Draca, who saw 25 percent of his team last year change jobs, though many of them were just lateral moves within his division. He said most people do it to explore new jobs and careers.

When Draca joined LinkedIn four years ago, his team was made up of three people, which he scaled to 50 within a couple years.