Intel unveiled details of its codenamed “Broadwell” next-generation microprocessor technology that will vastly improve the performance and battery life of laptops and other portables. It will be the brains of ultrafast and superthin laptops coming this year and next year.

The chip technology enables laptops to use 60 percent less power during idle mode as last year’s Haswell processors. Branded formally as Intel Core-M, the chips are 50 percent smaller and sport better performance. The new chips represent Intel’s continuing multibillion bid to ensure that laptops remain part of our necessary computing diet in an age of tablets, smartphones, and other intelligent devices.

Intel is also staying on the track of Moore’s Law, the prediction in 1964 by Intel chairman emeritus Gordon Moore that the number of transistors on a chip doubles every couple of years.

Speaking at a press event, Rani Borkar, the vice president of product development at Intel, described Intel’s Broadwell microarchitecture, the foundation for multiple chip designs, and its 14-nanometer manufacturing process, which is the technology Intel uses for manufacturing chips that are smaller, faster, and consume less power.

“We were maniacal about reducing power” consumption in the new chips, Borkar said.

The new Intel Core M chips features the second generation of Tri-Gate transistors, which change the fundamental behavior of the on-off switches on Intel’s chips. The transistors have about 10 percent to 15 percent faster performance compared to last year’s chips.

The new tech will enable fanless laptops that are less than 9 millimeters thick. It enables better graphics, lower power, voice use, and other benefits. One of Intel’s own notebook designs is just 7.2 millimeters thick, compared to a 26-millimeter-thick laptop from 2010.

“You can boil this down to two challenges: power reductions and performance,” Borkar said.

Intel fellow Mark Bohr said at the press event that the 14-nanometer chips are now in volume production. Intel invests billions of dollars every year to bring a new manufacturing process online, and this one is the first in a few years to enable better chips. Bohr said Intel is a generation ahead of its rivals, based on published information, on features such as logic area scaling, or the capability to miniaturize the width between circuits.

The second-generation Tri-Gate transistors have improved low voltage performance and lower leakage, or the loss of energy when a chip is idle.

“Intel is on the second generation of FINFET (Tri-Gate) technology before others ship their first generation,” Bohr said. “For Intel, cost per transistor is continuing to come down, if anything, faster in this 14-nanometer generation. We are continuing on the path of Moore’s Law.”

Intel is making its 14-nm chips in Oregon, Arizona, and Ireland. It expects to be able to support multiple product launches in the first half of 2015. Those chips can crank the performance or power efficiency, based on the type of design.

The batteries will be thinner and deliver 10 hours of battery life in a laptop case that is just 8 millimeters to 10 millimeters thick, Jourdan said.

Stephan Jourdan, an Intel Fellow in the platform-engineering group, said that the Intel Core-M chips, as Broadwell processors will be known, will be the heart of laptops that don’t have the annoying fans that have to keep today’s laptops from overheating.

“This enables a laptop that is radically different,” Jourdan said.

Patrick Moorhead, analyst at Moor Insights & Strategy, commented, “What we now know is that while 14nm is behind Intel’s 22nm, it’s not off by much. I estimate that 14nm is behind 22nm between 5 percent to 10 percent at its same point in the lifecycle with a trajectory to reach parity. With 22nm being Intel’s highest yield process in a long time, that could be construed as a positive. It’s now apparent that reports that implied that Intel’s 14nm process had gone into a ditch were, in fact, false. It wasn’t easy by their own admission, but they appear to have made it.”

He added, “While Intel’s 14nm Broadwell isn’t the first fanless Windows tablet part that provides PC performance (AMD had that with Temash), I believe it is the first one that will ship with performance levels we’ve never seen before, at a very low TDP (thermal design power) in immense volumes in many, many form factors. This could be a potential game changer as now consumers now have a viable alternative to buying a traditional iOS or Android-based 10-inch tablet. They will now have the choice to buy a tablet or 2in1 that gets as good of battery life, is just as thin, more powerful, but runs Windows 8 for around the same price.” 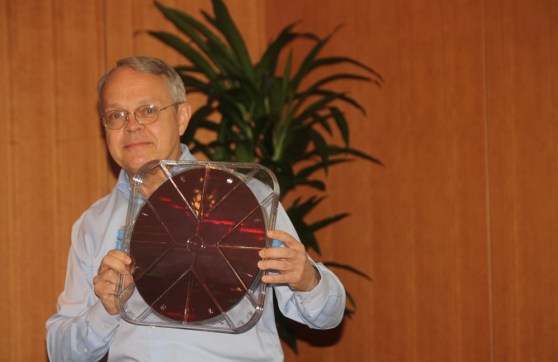