Over the last 12 months we’ve seen an unprecedented explosion of financial deals in the mobile space. That includes a staggering $47 billion in mergers and acquisitions — plus $14 billion in investments.

“Removing the blockbuster Facebook-WhatsApp deal from the M&A record reveals a sellers market across sectors,” said Digi-Capital’s Tim Merel, who authored the company’s recently-released Mobile Internet Investment Review. “Of the remaining $28 billion, $13.8 billion was in Q2 2014, continuing the long term growth from $1.8 billion in Q2 2013.”

According to the report, mobile-focused mergers and acquisitions are up 5X from the previous year, which saw only $8.9 billion in deals; and investment is up 2.5X from the year-ago number of $5.4 billion. 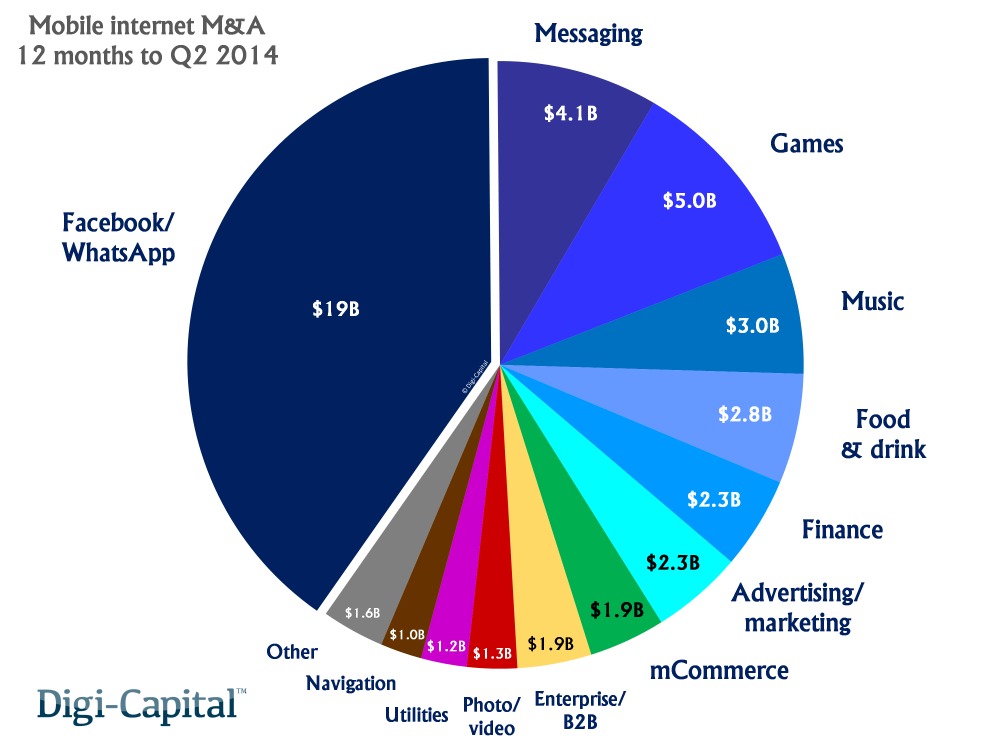 Of course, the $19 billion WhatsApp deal is an outlier. But even without that deal, companies spent $4.1 billion acquiring other messaging apps, and $5 billion acquiring mobile games. Navigation was over a billion, as was photo/video, while finance and advertising were both at $2.3 billion.

But it’s not all mergers and acquisitions, Merel said. There’s ongoing massive investment as well.

“Mobile internet has seen more than $14 billion invested in the last 12 months,” he told VentureBeat via email. “Hot sectors such as travel/transport, utilities, and mCommerce have led the charge, but even smaller sectors are seeing hundreds of millions of dollars.”

Last quarter that investment totaled over $5.5 billion, almost quintupling the year-ago quarter in 2013, which saw only $1.4 billion invested. 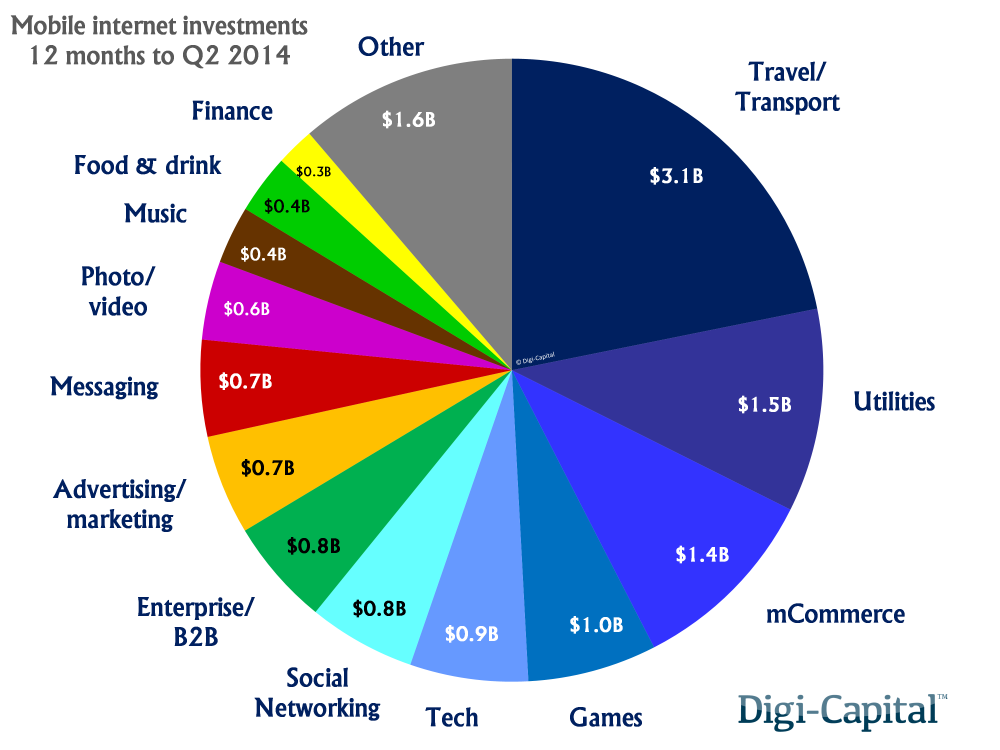 The $14 billion invested in the last twelve months is dominated by $3.1 billion in the travel and transport category, followed by almost $1.5 billion each in utilities and mobile commerce. Games saw a billion dollars worth of investment in the last twelve months, while the hot mobile advertising space had an additional $700 million worth of investment. 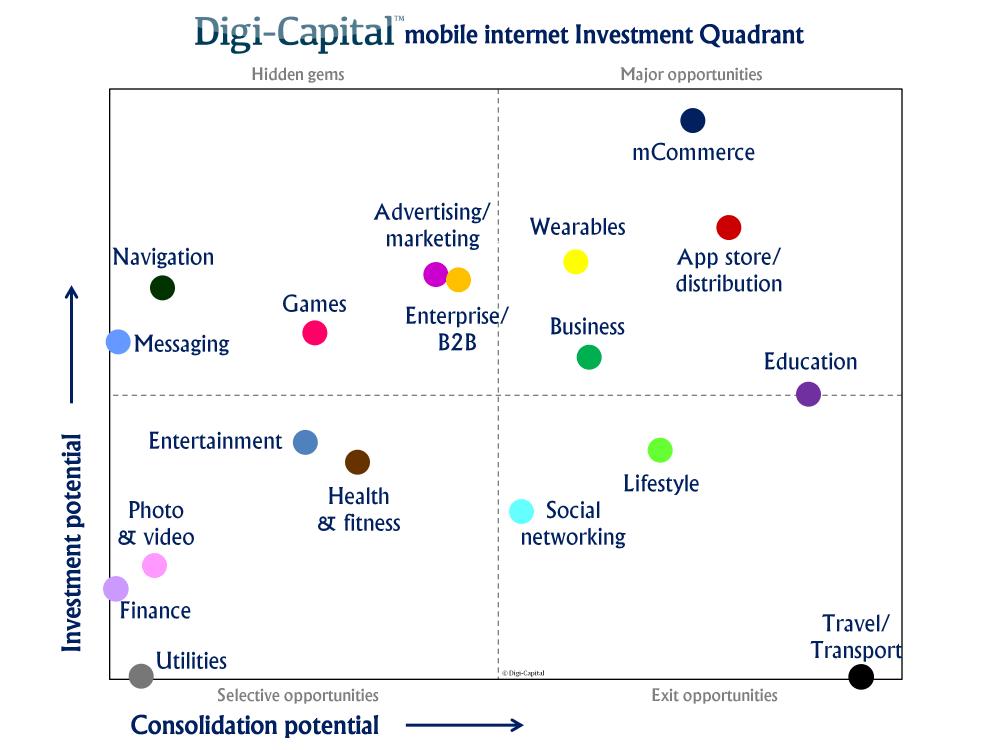 Major opportunities, with relatively more investment and exit opportunities, include mobile commerce, business apps, education, and wearables, Merel said. Hidden gems include the advertising/marketing sector, which has seen a massive expansion in the number of startups over the past few years, as well as games, navigation, and messaging.

And, he said, there are still strong exit opportunities in lifestyle, medical, news, and social networking apps.

Worried that your company’s category doesn’t show up, or appear in the sector you hoped for?

“Some folks might see this as controversial, particularly if their company’s sector or investments don’t appear in “major opportunities,” Merel acknowledges. However, he continues, “as a numerical analysis it isn’t saying any sector, company or investment is good or bad, and there could be great successes from any sector.”