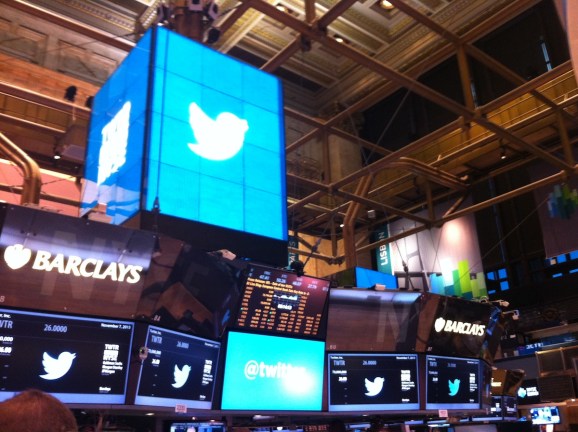 Twitter’s financial documents are having a bit of a naked day today, revealing to us that investor Benchmark Capital has distributed a chunk of its shares, and also unveiling how much the company paid for data company Gnip back in April.

The venture capital firm, which participated in two of Twitter’s funding rounds, distributed 5.3 million shares, or roughly $228 million, based on Friday’s closing stock price of $43.13. The distribution went to the firm’s limited partners, and happened last Friday, according to Re/code and filings to the U.S. Securities and Exchange Commission.

While Benchmark still retains 26 million Twitter shares, this redistribution does mean that it has passed on ownership of the shares to the firm’s limited partners, though without actually affecting Twitter’s public stock the way a direct sale of stock would (imagine the questions and panic if it sold $228 million worth of Twitter stock).

In April, a couple of weeks before the May 5 expiration of the post-IPO lock-up period that prevented share sales by insiders, Benchmark — along with Jack Dorsey, Evan Williams, and Dick Costolo — issued a statement to the U.S Securities and Exchange Commission, saying that they were not planning on selling their shares of Twitter common stock as soon as the lock-up ends.

Today also shed some light on Twitter’s acquisition of Gnip back in April. According to a Q-10 filing from this morning, Twitter paid a total of $134 million in cash and stock for the startup, including $107 million in cash. Gnip was one of the few companies with full access to Twitter’s “firehose” of data, and it collected, analyzed, and sold Twitter data to other companies.

Twitter’s second quarter earnings, posted on July 29, showed a strong growth during the quarter, mostly due to Twitter’s mobile efforts.