Hohokum is … well, it’s weird. That’s really the only way to describe it.

It has objectives but little direction. It has 17 spaces for you to explore, but it’s up to you to discover them and figure out what you’re doing there. And it has a main character, but that thing you’re controlling is a kite-shaped eye with a tail that flies around doing … something. Various things, really. Look, it’s hard to put into words.

Out today for PlayStation 4 (reviewed version), PlayStation 3, and PlayStation Vita, Hohokum is happy to just sit back and let you figure out what it wants from you. Doing so will require creative thinking, patience, and just a hint of compulsive tendencies as you fly your weird, flagellate hero into absolutely everything you find to see if anything happens.

And whether you love or hate it depends on how you feel about this. 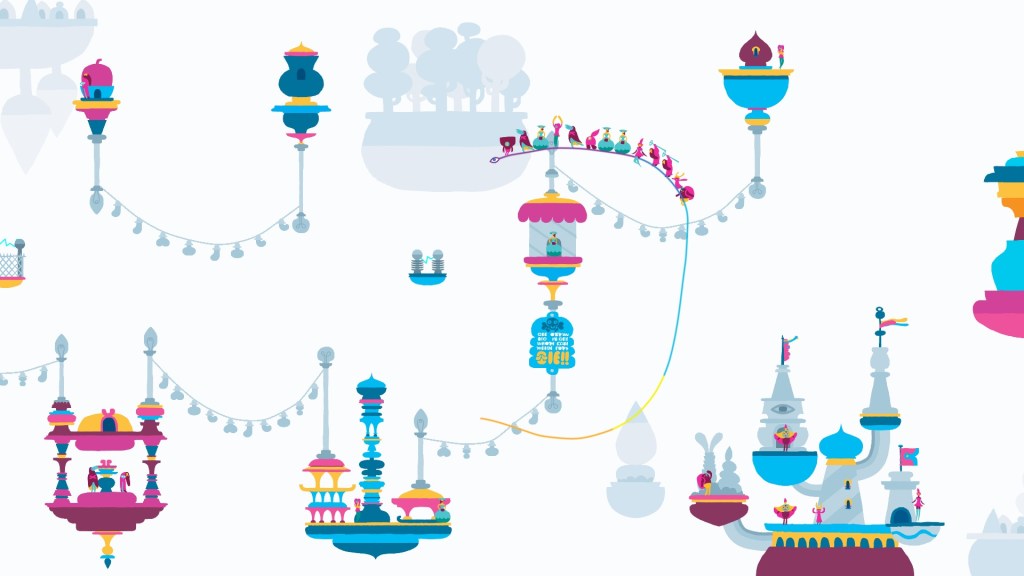 Above: You can zoom way out to get a better view of where you need to go — or just to look at all of the stuff that’s going on.

Hohokum’s look comes courtesy of artist and designer Richard Hogg, who fills the game’s universe with bright colors and cute characters. Everything is charming and fun to look at, and every area has its own feel and tone.

Even more impressively, when you open a portal to another area, you get a little view through the gate to where it leads. And each realm’s style is so distinct, and the thumbnail views work so well, that the little peek is all you need to know where you’ll end up. And in a game with no map, this is extremely helpful. 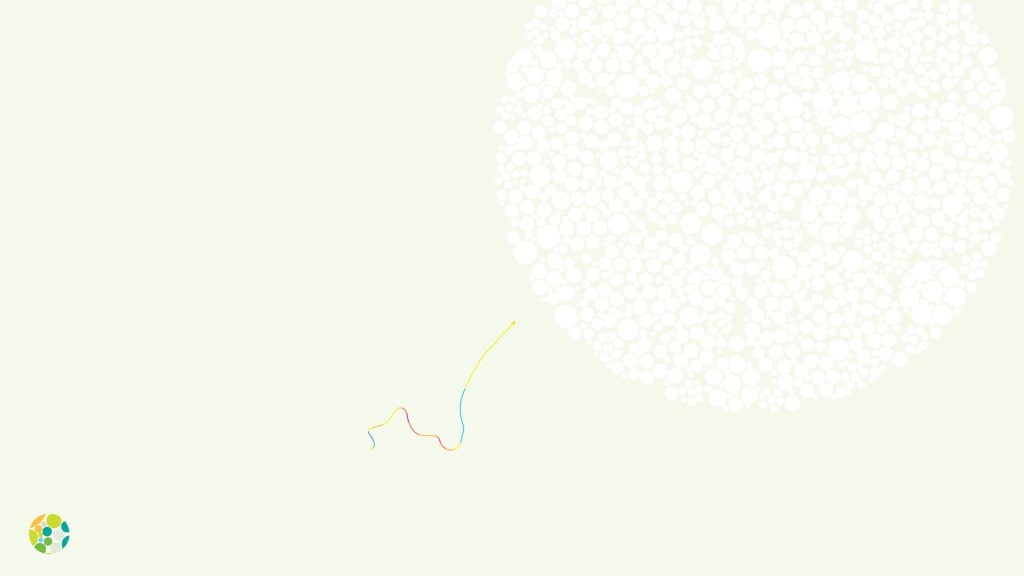 Above: OK, look. Sometimes a tiny flagellate swims into a huge, round thing, and it doesn’t have to mean anything more than that.

It doesn’t pressure or rush you

You have goals in Hohokum, but it’s not inclined to tell you what they are or how to meet them. You learn by doing. And while this sounds daunting, it ends up giving the game an interesting and organic feel. In one densely populated area, your job is to seek out specific characters and transport them to a particular area. It’s a bit Where’s Waldo? But you get enough cues in the game to figure it out on your own.

Other tasks include filling a room with color by flying around it while avoiding the walls, carting a guy around so that he can harvest color discs to run his hat-making machine (no, really), and electrifying yourself to light lanterns.

I’ve just given you way more information than the game will about anything you’re expected to do, but it’s not like you have a time limit. This is a game about exploration, experimentation, and discovery, and you can take whatever you want from the experience. 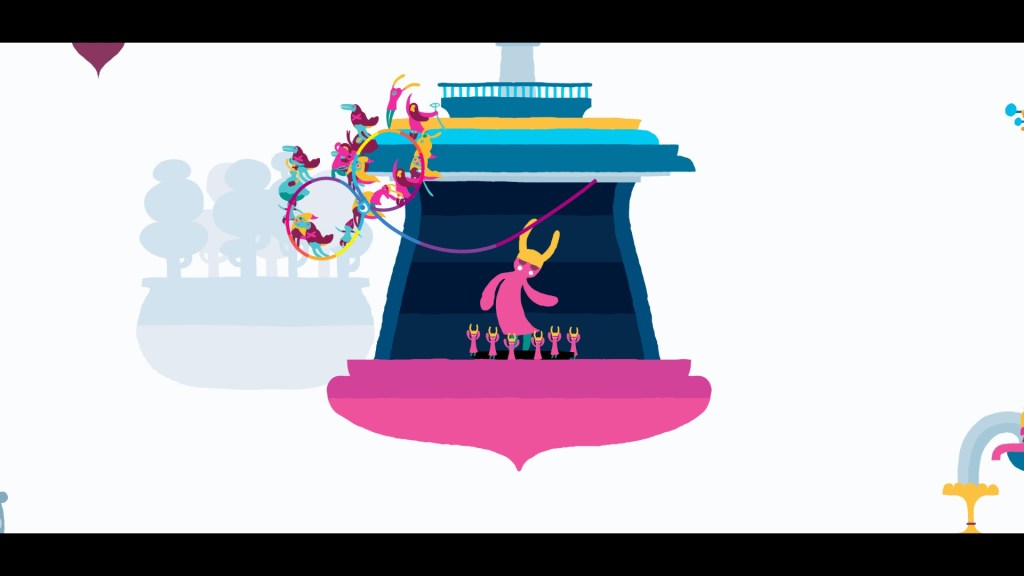 Above: Sometimes unlocking clues means watching a little scene like this giant throwing candy or something. Look, it’s a confusing game.

All of this adds up to a game that certainly shares elements with stuff you’ve played before — developer thatgamecompany’s wind-sim Flower and the classic adventure game Myst come to mind — but it also provides a new experience that’s hard to categorize. It’s interesting, whatever it is, and I was always interested to see what it would do next.

It’s like Myst and Flower had a baby, then that baby grew up and met a pretty little screensaver, and then the two of them gave birth to Hohokum.

Having no idea what you’re supposed to do next in a game is a problem. And when the thing you’re playing doesn’t tell you, the issue only gets worse. Hohokum, by design, doesn’t tell you a damned thing, and if you like a little more structure in your virtual worlds, this can get frustrating and lead to a lot of wandering around waiting for something to click.

And even once you discover something, it’s no guarantee that you’ll know what to do with the knowledge. What’s more likely to happen is that you’ll just keep fumbling around like that primitive human at the beginning of 2001: A Space Odyssey before it realizes that those bones on the ground would make for pretty good murder sticks.

Hohokum is chill, and it wants you to also be chill. And being chill is cool, but sometimes it’s also good to know what you’re supposed to do in your electronic entertainment. It might lose players who don’t like feeling like they’re wandering around aimlessly or those who like to know where everything is because once again: This game has no map. 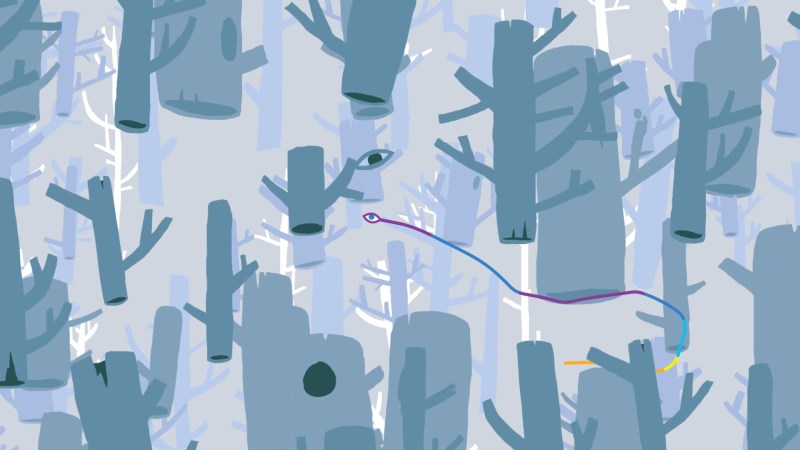 Above: When in doubt, just look for things shaped like eyes.

You should definitely try Hohokum if only to understand how weird and hard to describe it is. Some will appreciate its laid-back attitude and guidance allergy. It’s certainly a beautiful and unique title, and I enjoyed playing it, but you should bring along some extra patience just in case.