No game as big as Skylanders: Trap Team has tried a simultaneous launch on consoles and tablets.

The cross-platform release for the latest in the collectible toy action-adventure game series is an effort by developer Toys for Bob to make tablets “first class citizens” when it comes to mainstream game quality. When a major game released on mobile or tablet version in the past, it’s usually been a downgraded port in terms of graphical fidelity and gameplay features. And most of these ports arrive at least six months after the main console launch. 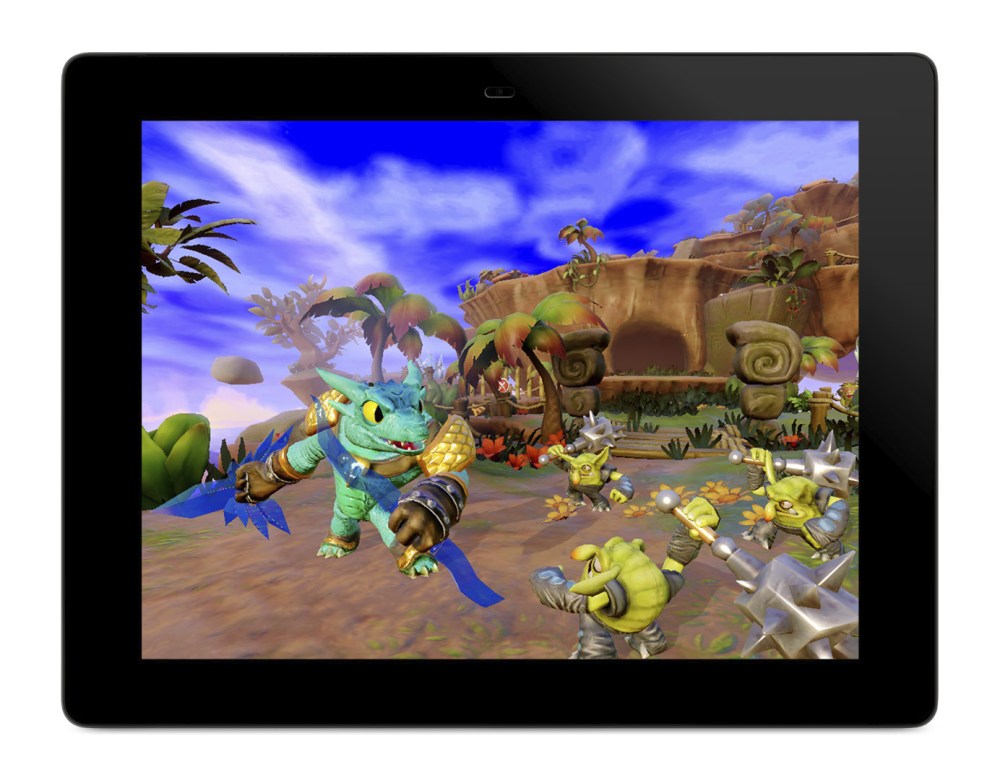 Above: Trap Team’s tablet version has every character, mission, and level as its console counterpart.

Not so with Trap Team. The tablet market has become a major player in the games market in recent years, particularly with younger players. A few of Activision’s marketing team – Josh Taub, senior vice president of product management, and John Coyne, senior vice president of consumer marketing –  spoke to our own Dean Takahashi in an interview last year about the challenges of marketing against competing franchises. Recent competition with Disney’s “toys-to-life” Infinty franchise and Nintendo’s upcoming Amiibo collectible toy line has sent the Skylanders team looking for opportunities beyond consoles.

Trap Team will be available on 10 different tablet varieties on three different operating systems the same day as — and with all the features of — the console versions. Toys for Bob optimized each tablet version for its native operating system, be it iOS, Android, or Amazon Fire.

Keeping the simple, pick up-and-play aesthetic remained a top priority for Trap Team on tablet. A Bluetooth “portal” platform replaces the USB standard used on console. Placing the various character and accessory figurines onto or into the portal brings them into the game in seconds. The portal also acts as a storage container for the game’s Bluetooth controller, and as a stand for any compatible tablet size.

The controller is compact and durable design built for smaller hands, and syncs with a single push of the start button. Those opting for touch controls can play the entire game with on-screen button prompts. A directional-pad appears wherever the player places their figure or thumb, while the action buttons remain fixed in the bottom right corner of the screen. 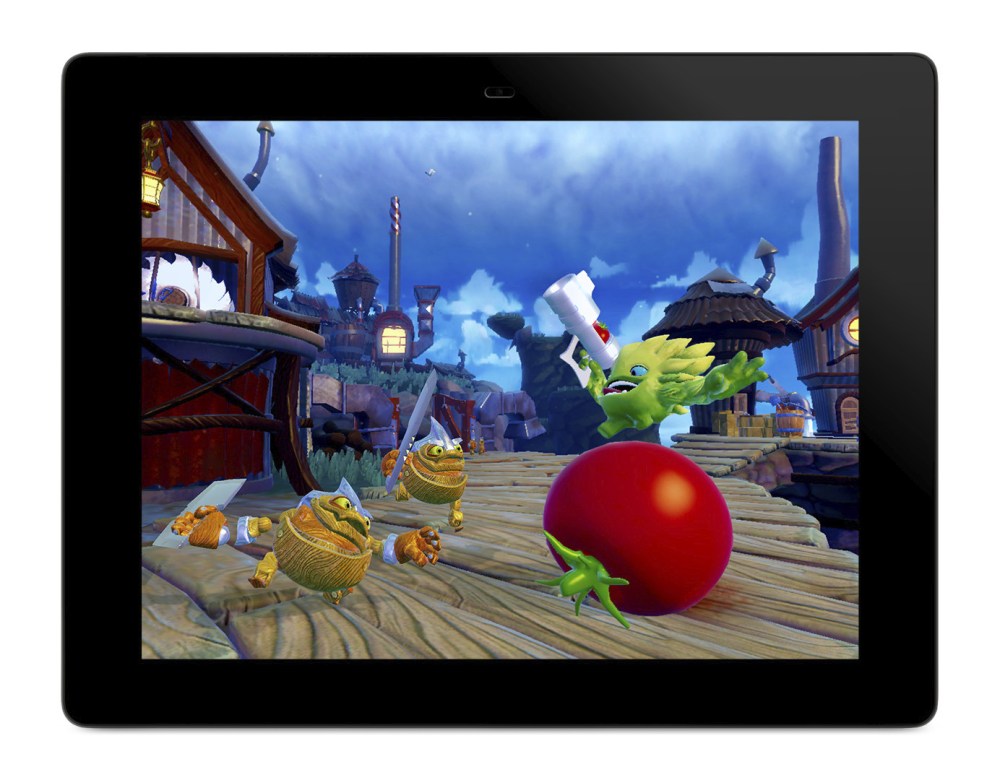 Above: Toys for Bob has optimized Skylanders: Trap Team for each tablet operating system.

The designers didn’t cut any missions from the tablet version of Skylanders, and it has as little visual downgrade as possible. All 175 existing Skylander figures are compatible with the tablet version, in addition to the 50 new hero and 40 new villain characters that Trap Team introduces. What I saw on the demo’s iPad Mini were some of the best-looking and most distinct characters, effects, and levels ever on the small screen. Even those with older tablets will be able to have a decent-looking version, with the iPad 3 displaying a “Wii version” equivalent to the iPad 4 or Samsung Galaxy’s “Xbox 360 version.”

Skylanders: Trap Team is a major step forward in Toys for Bob and publisher Activision’s attempts to make tablets just as viable a gaming platform as consoles. If any game could manage to bring the console-tablet gap, Skylanders: Trap Team looks to be the best chance yet.