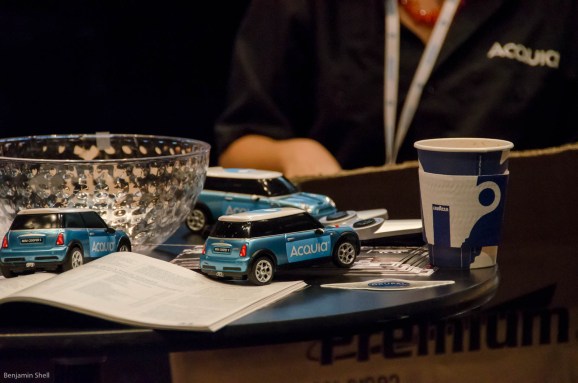 Acquia, a startup that runs many websites based on the open-source Drupal content-management system, just got a major vote of confidence from the very company that provides Acquia’s underlying infrastructure.

Amazon.com, whose Amazon Web Services business leads the public-cloud market, has invested an undisclosed amount of money in Acquia, according to a blog post today from Acquia co-founder and chief technology officer Dries Buytaert.

News of the deal comes less than three months after Acquia announced a $50 million funding round. But Amazon’s investment could be more telling than the big round.

That’s because Amazon’s cloud over the years has added more and more services, sometimes in the same area of Amazon’s own customers (in the case of Dropbox and Parse, for instance). Now that Amazon is an investor in Acquia, it’s worth wondering how things will play out.

Perhaps Amazon will buy it and enter the Drupal hosting business. That could jeopardize the health of other companies in that market, including Pantheon.

And by abstracting away the details of cloud infrastructure in pursuit of running a Drupal site, a Drupal hosting service on Amazon could lead to a major boost in usage on Amazon.

But that’s nothing more than speculation. All we know now is Acquia has more money to work with.

The new funding will go toward development for specific areas, including commerce, according to a statement from the startup.