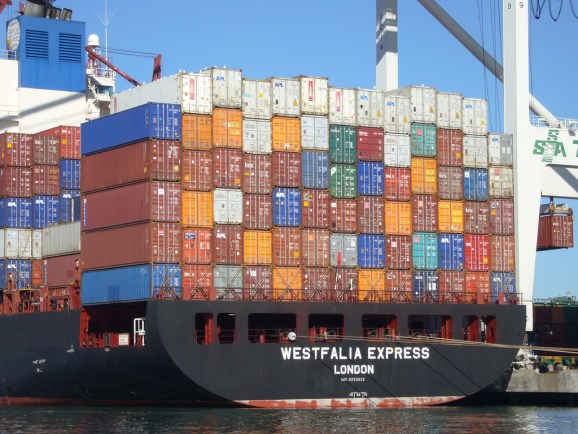 CoreOS, a startup that’s built a new Linux operating system for large sets of servers in data centers, cares about more than just that key infrastructure component. Applications are important, too.

In a quest to speed up development of applications in the form of Docker containers — the unit in which applications run on CoreOS’s technology — the company said today that it’s buying a two-person startup called Quay.io.

Quay developed software that companies can use to stitch together applications while keeping their creations safe and isolated from the rest of the world.

Now CoreOS can take in revenue by selling a cloud-based version of that tool from Quay, as well as one that can run in companies’ own data centers, safely and quickly. The latter could be especially interesting to large companies keen on running applications efficiently. This new type of offering should be a great complement to the operating system CoreOS first started talking about last year.

“Our goal is to offer a complete solution for folks,” CoreOS founder and chief executive Alex Polvi said in an interview with VentureBeat.

And that’s smart, considering that turning a new standalone operating system into a commercial hit could take years.

And CoreOS does seem to be in it for the long run. It’s one of a few companies leading the charge in commercializing the Docker container technology in the first place, along with Docker the company and others. Docker’s containers, files, and images represent a new phase of building and running applications across data centers that’s quickly sweeping the startup-developer community. Just as less technical people could use tools for building applications with Docker, big companies have security and compliance requirements, and the Quay technology could give CoreOS a way to work with such companies, while also potentially creating an opportunity to sell its operating system.

Quay built up customers who paid to maintain their own private registries of Docker repositories. Docker launched a public registry earlier this year, but it’s open to anyone. A private registry is a logical step for projects that companies want to keep to themselves.

Other companies have taken a step like this before. Consider GitHub, for instance. Three years after GitHub started as a place to store and work on code on the Internet, the company launched GitHub Enterprise software, which companies use to keep everything in their own private data centers. At least that’s the analogy Polvi thought of.