The organizers of ChinaJoy paid my way to Shanghai. Our coverage remains objective.

SHANGHAI — China’s rise as a gaming nation was best captured at ChinaJoy, the huge expo that drew more than 250,000 attendees to more than 100,000 square meters of exhibit space in Shanghai. The event was a huge spectacle, but it bore little resemblance to the Electronic Entertainment Expo (E3), the big game-business showcase that drew 48,000 people to Los Angeles in June.

Rather, ChinaJoy was a beast of another kind. The obvious difference is that ChinaJoy caters to consumers rather than game-industry people.

Nearly every booth had stages — and not for showing off games. They were for the show girls, or booth babes, in skimpy costumes. In the back of the booths or off to the side, you could find demos of the games. But the mostly male audience was there to take pictures of the women and to get free swag.

The blatant sexual display was unusual for China, which has strict laws on sexual freedoms (like a ban on pornography, for instance). The organizer of the show tried to explain to GamesBeat somewhat sheepishly why there were so many booth babes, some who were even present in the booths of American game companies Electronic Arts and Microsoft. The girls weren’t necessarily always dressed as cosplayers (costume play) like in Japan. In fact, their attire didn’t seem to have much to do with the games. ChinaJoy appears to take its cues from South Korea’s G-Star show.

“It’s due to the special circumstances of the Chinese market,” said Shawn Luan, senior vice general manager at Howell International Trade Fair (the organizer of ChinaJoy), in an interview with GamesBeat. “I see a lot of that at E3 and Tokyo Game Show as well, but the numbers — we have too many in China.”

He added, “So you don’t see the same methods of promotion as in packaged games. The exhibitors want to increase the attention paid to their products, but the product itself isn’t as attractive, whether through its story background or its gameplay. They want to emphasize the social-networking elements, and they have to figure out a way to attract players that doesn’t have to do with content. So it’s either presents, giveaways, or girls. ChinaJoy has to meet the demands of both players and companies. That’s why you see a big difference between this show and E3. The way they do promotion here is different.”

The girls were limited to 25 per booth this year, in contrast to hundreds in the past. That was enough for a spectacle but not so many that it completely obfuscated the games.

I could conclude that this is a sexist culture, but that’s the view of an outsider looking in. Video game marketing always has, and probably always will, focus on sex in a way that would offend mature adults. I fully expect this to change as China’s publishers and developers become more confident about their own games and try to succeed on a global stage. For now, ChinaJoy has the same sort of sex-appeal marketing as a lot of big fan-oriented shows.

Regardless, Westerners can’t ignore the culture of ChinaJoy because it may one day be the culture of the dominant country in video games. China’s PC online game business is expected to be $14 billion in 2014, and the mobile game sector is expected to increase 93 percent to $2.9 billion in revenues this year, according to market researcher Niko Partners. This year is also interesting because it’s the first time the Chinese government has authorized sales of video game consoles since banning such machines in 2000. China’s a huge market, and it’s only getting bigger.

I’d be exaggerating and stereotyping to say that the hundreds of thousands of booth babes and ogling dudes of ChinaJoy were the totality of gamers in the country, which has 1.35 billion people. But the chances that the Chinese will become the biggest players on the global stage are good. That’s why it pays to understand its market, and I’ve tried to convey that visually in the photo gallery below. 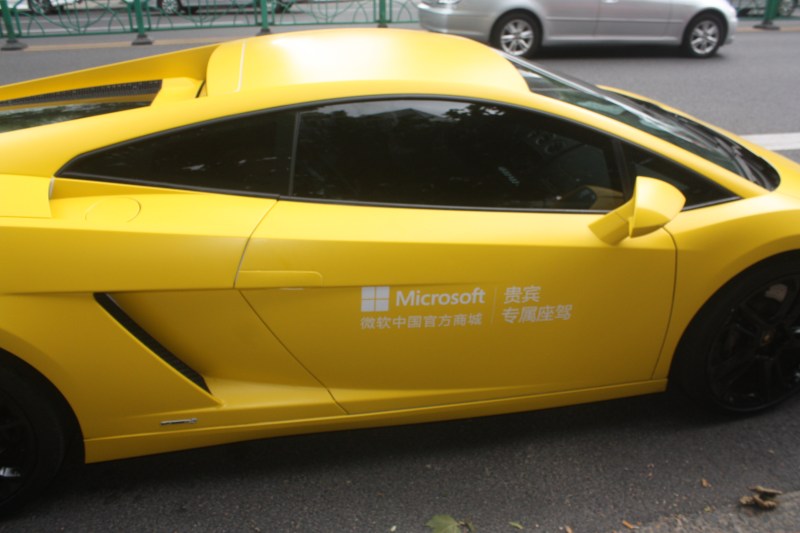 Above: Microsoft touted Forza Motorsport for the Xbox One outside of ChinaJoy.