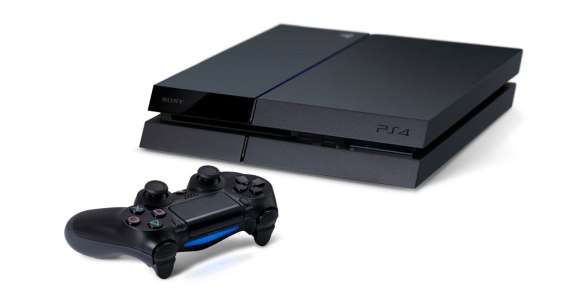 Gamers are still spending most of their money on new hardware.

In July, U.S. consumers spent $514.3 million on new gaming hardware, software, and accessories, according to industry-tracking firm The NPD Group. That’s up 16 percent over last year’s $443.1 million. The PlayStation 4 and Xbox One once again accounted for the bulk of that spending.

The U.S. spent more than $15 billion on console games alone last year, and 2014 is on pace to easily eclipse that.

“Similar to the pattern seen in seven out of the last nine months, strong growth in hardware sales offset declines in software sales in July 2014 while accessory sales had modest growth,” NPD analyst Liam Callahan said.

Gamers spent $198.8 million on consoles. That’s up a whopping 100 percent year-over-year. Putting that kind of cash into new systems, however, means that players spent 15 percent less, or only $178.2 million, on new software than in July 2013.

“Two other factors caused declines seen in July 2014 software sales,” said Callahan. “Reduced sales for new launches and the decline in [last-gen] software not entirely being offset by [new-gen] sales.”

The NPD numbers do not represent the industry as a whole. Instead, the firm only tracks new games sold at physical retailers in the U.S. This means that you won’t see used games, digital, or mobile contributing to these figures. With that in mind, the NPD is an OK method to get a snapshot of a much larger market.

Alright, let’s get right into it with game sales.

July has a lot of older games and rereleases. Most notably, The Last of Us on PS4 was able to take the top spot. Interestingly, it did the same in July 2013. Minecraft continues to dominate despite its age, and FIFA 14 likely got one last push from the World Cup.

“July is typically a quiet month for software sales, representing about 5 percent of annual sales,” said Callahan. “Typically, EA’s NCAA Football launches in July, and often ranks as the top game. As that title is no longer being produced, new launch sales declined steeply by close to 70 percent in July 2014.”

While the 3DS doesn’t have a game on the overall top 10, when ranked by sales-per-platform, Nintendo’s portable would have Tomodachi Life at No. 5.

As for new-gen, gamers bought more software on PS4 than Xbox One.

Sony confirmed that the PlayStation 4 was once again the top-selling console for the seventh month in a row. The company confirmed earlier this week that it has sold more than 10 million PS4s worldwide, but Sony, Nintendo, and Microsoft have all declined to share specific sales numbers for July.

“When combining life-to-date sales of Xbox One and PS4 after nine months, and comparing them to the combined totals of nine months of sales for Xbox 360 and PS3, sales of the newest consoles are larger than the prior generation by close to 80 percent,” said Callahan.

Nintendo confirmed that Wii U sales are up 60 percent through the first seven months of 2014 compared to the same period last year. That’s largely due to the popularity of Mario Kart 8.

Microsoft also released a statement, but it was even less specific than Nintendo.

“Xbox One continues to sell at a strong and steady pace following the release of the $399 console in June, when month-to-month sales more than doubled,” a Microsoft spokesperson told GamesBeat. “We continued to see this momentum in July.”