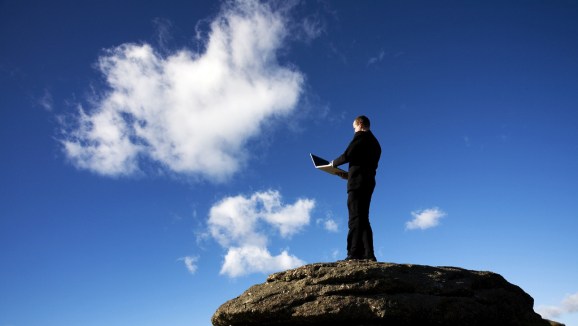 Luminal, a stealthy startup that’s developed what its chief executive describes as a new model for deploying and operating cloud infrastructure, announced today a $10 million round of new funding.

Josh Stella, Luminal’s chief executive and founder, says the architecture of the startup’s technology could give companies security, efficiency, reliability, and cost benefits. But he wasn’t ready to describe it in detail, as it’s still in private beta. And he doesn’t think the technology would compete with any one type of product.

“What we’re building is really kind of a new thing,” Stella said in an interview with VentureBeat.

Even if that’s true, Luminal’s funding does fall in with a trend of investors backing new tools for managing infrastructure in clouds. Most recently startups like StrataCloud, Platform9, and StackStorm have benefited.

Stella said Luminal’s technology isn’t meant to replace existing services, including configuration-management tools like Puppet, Chef, SaltStack, and Ansible, or, for that matter, technologies for bolstering security of applications running in clouds.

Luminal’s tools are “designed to be more Unix-like small tools that you can integrate into existing toolchains,” he said.

A few small companies are using the initial product in their own cloud environments on Amazon Web Services in private beta. The product will become available in a public beta later this year, said Stella, who was previously a principal solution architect at Amazon Web Services. It’s possible some of Luminal’s technology will become available under an open-source license, he said.

Luminal started in 2012 and is based in Frederick, Md., and Washington, D.C.

To date Luminal has raised $13.8 million.