Did you ever have a single-player campaign that you just had to finish, no matter how many times you died? For me, that was the experience of playing Wolfenstein: The New Order, developed by Sweden’s Machine Games for Bethesda Softworks. Though it released in May, it took me a while to finish. Once I did, I decided to confront the guys who put me through all of that misery or joy. I don’t know which. 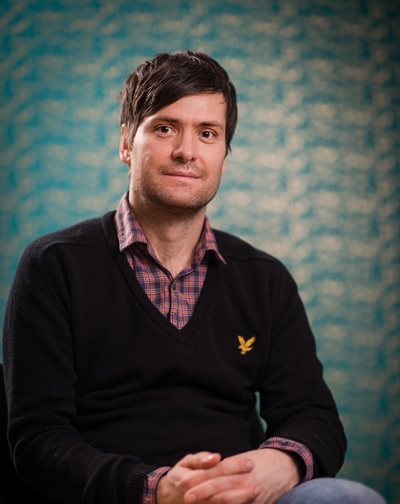 Above: Jerk Gustafsson, managing director of Machine Games and executive producer of Wolfenstein: The New Order

And when I told Jerk Gustafsson, executive producer of the game and managing director of Machine Games, about my ordeal of dying 30 times or so under the feet of the London Nautica monster in level 15 of the game, he said to me, “I’m sorry about that.”

Gustaffson told me that the title was designed to be particularly hard because it had no multiplayer combat. Built with idTech 5, the title had plenty of room for beautiful graphics, lots of enemies, and plenty of action on the screen all at the same time. But what is the right balance in making a game difficult for the hardcore gamer, yet easy enough so that is accessible to the wider audience?

I caught up with Gustafsson and Anders Backman, senior artificial intelligence programmer, in a post-mortem discussion that focused on the game’s difficulty.

GamesBeat: I saw this game in a preview at the E3 judges’ day more than a year ago, in May 2013. I played through and had a hard time. I didn’t quite finish the demo level. One of the people there said, “We clearly made the game too hard.” All the judges had a similar experience – it was very hard for them to finish the whole demo, the big moon level. So I had heard that you were going to go back and make it a little easier. Did you try to take that feedback in and make the game less difficult, after that initial E3 showing?

Jerk Gustafsson: In a way, we did. To be honest, I don’t think it’s much easier than it was at that time. But since you play the game from the beginning – you get your health upgrades and character abilities and things like that – the player is a bit better at that point. For a demo, it was too hard, especially since we have a difficulty spike just before you get all the way up to the moon. In that sense, then, there were some changes that we made.

GamesBeat: I was very pleasantly surprised by how big the game was and how much variety it had. The AI was very smart. Can you talk about the approach you took to making such an ambitious game?

Gustafsson: We wanted it to be pretty big, since we only made it a single-player game. We wanted you to have not only good replayability, but also a lot of value in terms of length. It’s difficult, of course. Every piece of content nowadays is so expensive to create, and there’s a lot of variety in our games. But a single-player-only game should be an expansive experience. 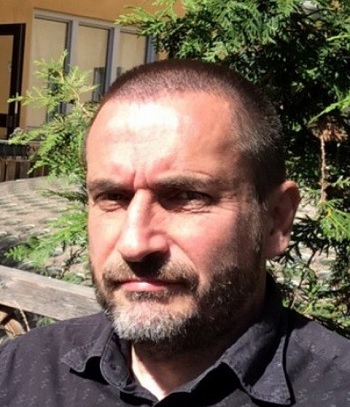 Above: Anders Backman of Machine Games

GamesBeat: What have you heard so far from the people who’ve played it? Do they make any comments about the difficulty? Is there any consistency to the feedback?

Gustafsson: I think we’ve gotten pretty good feedback on those points. You can always turn it down if you want to, if you think it’s too hard. We have heard reports from people who’ve faced some small spikes. If you remember the bridge level, we’ve had a lot of people say that it’s very difficult if you try to accomplish it run-and-gun style.

GamesBeat: I remember that level. I was trying to make a jump, and I could just never make it. Then I figured out that somebody was shooting at me from the side, and so I just went into the rail car and shot him and figured out I could go around the jump. It almost seemed like it was deliberately misleading.

Gustafsson: It was definitely deliberate. We wanted players to have to explore as well as fight their way out. That’s one of the hardest segments in the game, but I think it’s also one of the most rewarding.

GamesBeat: Do you have any detailed analytics back as far as where people had the most difficulty? Can you say for certain that the bridge level was the hardest in the game?

Gustafsson: I don’t know. The thing is, of course we have lots of players and we can get lots of data from them, but there are lots of differences between PC and console, for one example. What we’re trying to do is make a very simple system, which is pretty much only numbers. Anders, you can maybe talk more about how we do that.

Backman: Basically, the major variables we have are the amount of damage the player takes and the amount of damage they dish out. There are some other variables, but that’s most of it. One other such variable controlled the likelihood of melee enemies (Kampfhunds and knife baton guards) likelihood of grappling with the player depending on difficulty. We didn’t change the number of enemies or where they spawn on different difficulty settings because we felt that doing so would alter the player experience depending on difficulty, and would also give rise to higher demands for detail testing each difficulty by QA.

Gustafsson: We’re talking about these variables, because basically, we’re making sure that we have a normal—We have a medium, right? Then we have a lower value for the easier levels and a higher level for the amount of damage players take on the higher levels. But for AI, we only have lower AI health on the lower levels. On the higher ones, we still have the same amount as the medium, just to make sure that the player doesn’t have to use more ammo on the AI for the higher difficulty levels. Then the balancing can be too difficult. 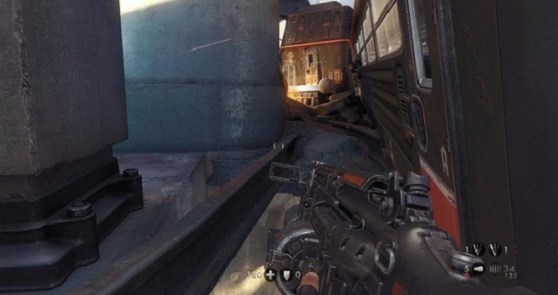 Above: The Gibraltar Bridge level where I fell to my death as my character moaned, “Stupid way to die.”

There are also other aspects to this, such as how the checkpoint system works. We save a lot of data, so that when you die, you don’t come back just five or ten seconds before you gave up playing. This also makes it so that we can’t make it too hard. If you have a really quick reload, pretty much instantly after you die, you can make the game a bit harder. Those are variables you have to consider when you do the balancing.

Backman: Another thing is that due to the fact that the loading takes a while, instead of trying to do the same thing again, you think a little bit. It allows different play styles. The player can retry and do something else, which generally helps for the players. If something didn’t work—If gung-ho rushing in fails, maybe I should try to sneak little bit. That all helps in making it a little bit easier. You can play the levels very differently.

GamesBeat: I found that the stealth worked for maybe just one or two enemies, and then after that it was pretty likely that I would get discovered. I could never really finish a whole section by playing stealth. I was more easily discovered.

Gustafsson: Yeah, same thing for me. I’m too eager. I’m not good at playing that way. But in general, we tried to make it so that you can—We have a lot of sections in the game that force combat, where it’s basically an ambush or something like that. But in those sections where we allow stealth or want to encourage stealth, we want to make sure that the player can do it as long as possible in that section.

Above: Damn drones in Wolfenstein: The New Order

GamesBeat: I think there were different strategies I could adopt. If you switched to the shotgun, it was much easier to kill a drone.

GamesBeat: I would also try to find a corner or a barrier where nobody could sneak up on me so easily. I’d sort of find a corner or find a doorway where they’d just have to attack me from one direction.

Gustafsson: Yeah. We were trying to force players out of their hiding places, though, using grenades and things like  that. That helps the combat not become too static. Obviously it’s good to take cover sometimes, though.