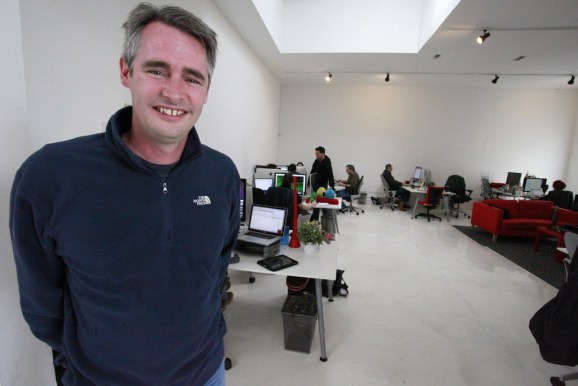 Vogue magazine has been an inspiration to countless fashion addicts and worshippers throughout its decades of existence, but it’s also a source of inspiration to one man: Mike McCue, Flipboard’s chief executive.

In fact, most of Flipboard derives from traditional magazines as we know them, from the page-per-page flipping design, to being centered around the most magazine-like device ever, the iPad, and even McCue’s philosophy on advertising. As a tool created to help us handle content in the new digital world, it’s noticeably laced with nostalgia.

Flipboard, a newsreader imitating the magazine experience but for the iPad (it has other apps, but the tablet is its core), enables readers to read the news and other content in a mix of self-elected and suggested pieces.

But Flipboard is also trying to move with the times. On Wednesday night, during a fireside chat with ReadWrite editor-in-chief Owen Thomas, McCue revealed that video ads will be coming to its magazines, and in true Vogue fashion, Chanel will be one of the first brands with a reel. Facebook, Instagram, and even Twitter are getting in the video ad game, and there’s no reason for Flipboard to miss out on this revenue boat.

And while it might be getting video ads, one thing it won’t do is create its own content.

“We don’t believe that we should create content ourselves. We will continue to create tools that will allow a meritocracy to happen, but we don’t want to compete with the people who are building on our platform,” he told Thomas.

“We early on said, ‘Look, we have one business model and its advertising. It’s now and probably always will be our business model.’”

The Internet’s never-drying well of content is both a blessing and a curse. It’s no surprise that Flipboard is allotting a lot of resources to beefing up its search and discovery capabilities, as many other companies are doing. Pinterest, a social network for visual pinboard lovers, has been coming up with new features such as Guided Search, which combines discovery into the search experience, yielding unexpected content for the user.

Flipboard is approaching this in a two-pronged way: People and algorithms.

The company purchased the previously CNN-owned Zite, also a newsreading app, this past March, and it is getting a two-for-one from the deal. The company is working to integrate much of Zite’s powerful search technology into its own product to enhance how people find articles and magazines.

Flipboard also got a special relationship with CNN’s news team out of the deal. “We have also been working with their editorial team to enable their journalists to curate topics. … Fareed Zakaria and and Jake Tapper and all these guys are curating magazines,” McCue told me.

Flipboard’s human touch was first limited to its own team, but the company quickly realized that it needed help from other humans and has since given readers the ability to also create magazines for various purposes.

“We actually started with Flipboard and we thought, ‘How do we populate these personal magazines?’ We realized we need people who know who are the best sources,” said McCue.

McCue is also very focused on these areas because he’s passionate about “[enabling] great content to thrive,” as he told me.

“In some ways its just really hard to find stuff and on another hand we’re just flooded with way too much stuff, especially in the social media driven world that we live today,” he said.

So McCue and his team want to save me from too much BuzzFeed?

Not exactly. Flipboard’s goal is to help me read about the stuff I care about, whether is current events in the Middle East or GIFs of cuddly kittens.

“I think that the problem right now is that … really great content … won’t have maxium exposure,” said McCue. “So the problem is that [the BuzzFeed style content is] the stuff that ends up being monetized the most, and then the great journalism doesn’t end up subsidized. It’s endangered.”

In a way, Flipboard is also trying to redesign not only how we interact with content, but also how content interacts with other content. McCue’s interest in that and how pieces of the Web are connected goes as far back as his time at Netscape in the ’90s after the company bought his own, Paper Software.

“Now we have a very different Web, far more sophisticated, people pointing to these other page. Yet we still used a Web browser that was designed in the ’90s to browse that content,” McCue told Thomas on stage. When reading a news article through your average desktop web browser, you’ll find hyperlinked text that takes you to some other article or piece of content, and that’s how you travel through allegedly related content. On Flipboard, a human (or algorithm) has decided that after reading this article, you should also read that one and then this other one. Whether or not this will truly take over the way we read and how content interacts with itself remains to be seen, however.

‘The future of monetization lies in some of the past’

“You would never buy Vogue without the ads,” said McCue during Wednesday night’s event.

That’s probably true for some people. Vogue’s pages are filled with beautiful photographs of fashion and high-end cosmetics, and they can often resemble the editorial content. Even my own editor, praised Vogue’s magazine’s ads.

Digital assets on the other hand, got the short end of the stick: Banner and skyscraper ads are crowding up Web pages, publishers keep adding more and more stuff on the page, according to McCue.

“The problem on the Web is that if you take a look at a website, the content is surrounded by all kinds of stuff,” McCue said.

“If you could turn off those banner ads, you would.”

When a publisher’s content gets on Flipboard, its ads are stripped, and the content is given center stage. Flipboard’s own ads are woven in, and revenue is sometimes shared with the publisher, depending on the relationship it has with Flipboard.

And speaking of revenue share, Flipboard has also started to open up its revenue share program to smaller publishers than the larger ones it has been working with for the past year and half. Since April, it has been working with what McCue defines as “bloggers” who don’t have an ad sales teams, which also means that Flipboard secures most of the advertising deals for those cases.

But with that said, McCue also believes that there’s a lot of room for improvement — change even, especially in the advertising products themselves.

“The problem is that the advertising isn’t very effective. … It’s very cheap; its not driving a lot of revenue,” he told me.

“What I think is the case, especially as we move to mobile, it’s a really great opportunity to step back and say, ‘What is good advertising?’”