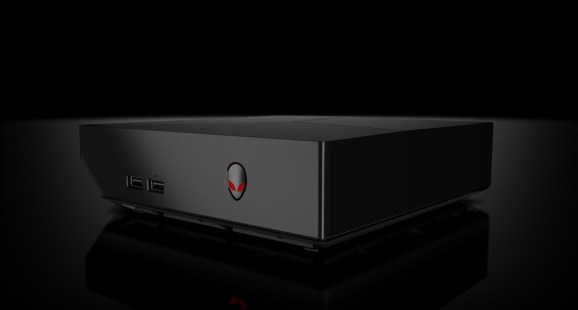 Updated on Aug. 19 at 1 p.m. with corrections to inaccuracies about what Steam games show up in a player’s library and the limitations of the Alpha’s console mode.

Alienware has created a monster.

The boutique gaming-PC maker is marketing its new box, the Alpha, as a console. It’s actually a strange PC-console hybrid. It can certainly do things that no other console can do, but it also has a significant number of limitations on the games it can play and its PC-related features.

The Alpha is essentially a gaming computer with low-to-medium specifications folded into a portable, easy-to-use box. It plugs directly into a television through an HDMI cable, and the initial setup process is a breeze. Players sign into Valve’s PC digital distribution network, Steam, set the desired size and brightness level of their display, take care of a few other prompts — and they are in. The Alpha comes preloaded with Windows 8.1 and can not play games outside of Steam while in console mode.

Although it uses Steam, the Alpha is not a Linux OS-based Steam Machine — at least, not yet.

“It can be turned into a Steam Machine once the Steam operating system and controller are released, but right now it’s just like any other PC,” said Alienware general manager Frank Azor in a press event last week. “Gabe Newell [cofounder of Steam’s creator, Valve] and I worked on the Alpha together. Once the OS and gamepad are released, this will be the smallest, least expensive, most capable Steam Machine.”

With preorders already underway, GamesBeat took stock of what exactly what this little box is capable of.

Alienware has four different Alpha consoles, each with a different price and hardware:

The consoles also come with a 130-watt external AC adapter and Alienware lighting options on the alien head and triangular part of the console. Each console will come with a PC-compatible Xbox 360 controller. As for the video card, GamesBeat touches upon that below.

What it can do

Now that those pesky numbers are taken care of, here’s what this new console can do. All of these features came from the Alienware website and the hands-on press demonstration that I attended last week. The console does not release for at least three months and is still undergoing testing. Some of the Alpha’s features could change between when I saw it and when makes its debut.

The main selling point of the presentation was the Alpha’s capability to bring PC gaming into family rooms.

Business development lead Marc Diana stressed the importance of such an invention. “Take a game like the new Gauntlet. Four people are going to want to huddle around a monitor trying to play Gauntlet. This gives the players the freedom to spread out in a room.”

Here is a quick video interview GamesBeat conducted with Diana back in January:

Azor also jumped in at this part of the presentation. “We are bringing games to the living room that have never been there before.”

The Alpha has its limits.

“The [least-expensive] Alpha is a $550 gaming computer,” Azor said. “It has the limitations one would expect from a computer of a similar price. It isn’t going to play things like the latest Call of Duty on high settings. Gamers have their PS4s and Xbox Ones for games like that. We focused on local multiplayer and Early Access titles more than PC ports of console games.”

Players will want to compare the minimum and recommended specs of desired titles to ensure the Alpha can play them smoothly.

I was shown a demonstration of the cheapest Alpha playing BioShock Infinite at fully cranked settings. Infinite was a pretty demanding game when it was released in March 2013. The controls were smooth, the colors were vibrant, and it only crashed once. I also played two recent indie titles, Shovel Knight and Broforce, with no difficulty (these are not demanding games by any means).

Get from setup to gameplay with only a controller

It is possible to use the Xbox 360 controller to navigate through the initial startup prompts, adjust various settings, and get to Steam. The settings section of the console mode also allows players to manage basic PC functions, such as driver and security updates. However, if you want to do something that isn’t available in the settings menus (seen below), you will need a mouse. 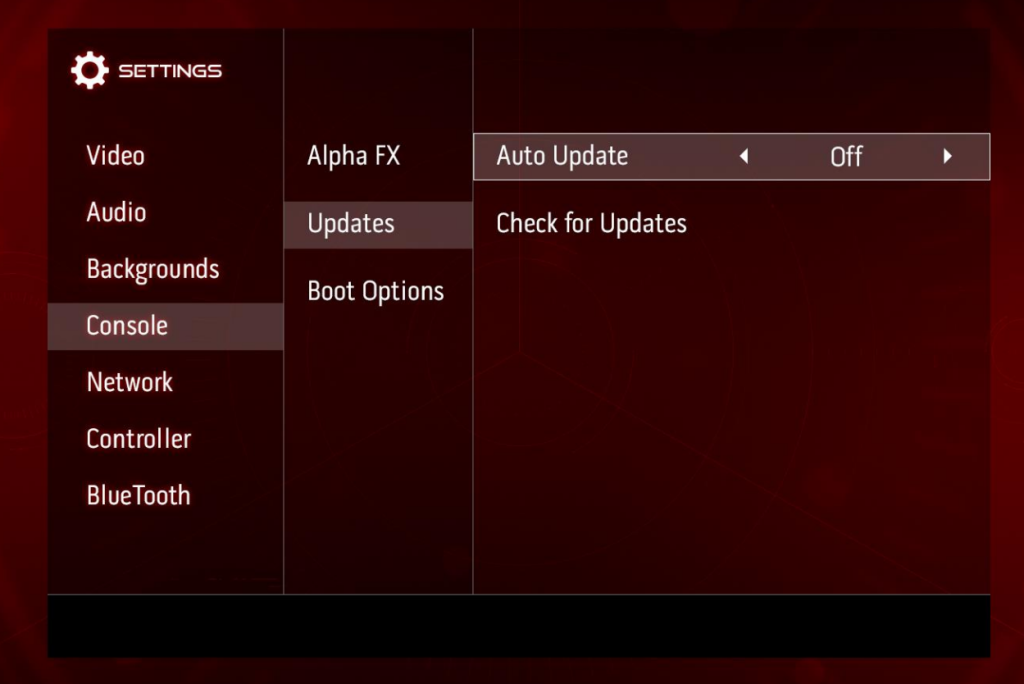 Above: The Alpha’s settings menu.

Use an Xbox One controller in a limited capacity

One of Alienware’s major selling points for the Alpha is playing Early Access games in a console setting, as these games aren’t available on the PlayStation or Xbox. As long as the game is in your Steam library, you can play it — regardless of its development phase.

Owners can upgrade almost all of the Alpha’s hardware. Players can boost the RAM to 16 GB if they want to, and they can swap in new hard drives and CPUs as well, provided they work within the console’s small confines. Azor said that these upgrades would not void the Alpha’s warranty.

Use peripherals, such as joysticks or steering wheels

The Alpha does support the use of all PC peripherals. Diana said that special controllers and headsets should work just fine. I only played the console with an Xbox 360 controller, so I can’t fully guarantee this claim.

Fans of the magic pixel count number can set the Alpha’s display resolution to 1080p. As long as the game runs at this resolution on a PC, it will run on the Alpha.

This one seemed a bit iffy at the showcase. Azor said that Alienware was not looking to put any limitations on players, with Diana adding that players “should be able to” use most mods.

Players will need a keyboard and mouse to install and activate the mod in desktop mode, and if the mod knocks players out of Big Picture for any reason, it probably won’t work in console mode. This is something they are working on, and Azor noted how important modding was to PC gamers.

Functions as an everyday computer

The desktop mode includes a full version of Windows 8.1 and works just like a typical computer. You will have to use an external CD/DVD/Blu-ray disk drive, but it should work just fine other than that. Above: Select desktop mode on this prompt to use the Alpha as a PC.