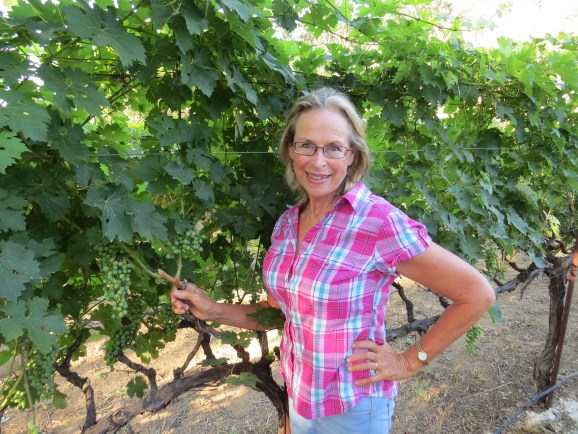 I met Kathryn Gould longer ago than either of us want to admit.

Kathryn has been the founding VP of Marketing of Oracle, a successful recruiter, a world class venture capitalist, a co-founder of a venture capital firm, a great board member, one of my mentors, and most importantly a wonderful friend.

She has been a mentor and role model not just for a generation of women VCs and CEOs but for all VCs and CEOs, and I’m honored to have been one of them.

One of the reasons I took up teaching is my strong belief that it’s incumbent on all of us to make those who come after us smarter than we were. So when I heard Kathryn gave the University of Chicago commencement speech I suggested that she reach out to a larger audience and share her decades of experience.

Her response? “The last thing I want is a bunch of people bugging me while I’m growing my grapes, flying, painting, playing music, and generally goofing off.”  I pointed out, “Now that you retired, what happens to all the knowledge and experience you’ve acquired?” She still demurred so I gave it one last shot. I sent her an email saying, “When you’re gone everything you learned goes with you. This really is bigger than you. I have two daughters starting careers and nothing could be more inspiring than hearing your story. You really ought to share your journey.”

So for the first time ever, she has. Here’s Kathryn’s story.

Why Give a Commencement speech 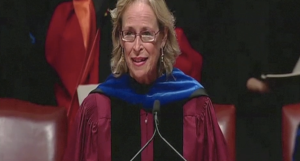 Above: Kathryn Gould speaking at the 2014 University of Chicago commencement.

One of the more fun things I’ve been asked to do lately was give the commencement speech at the University of Chicago Booth School of Business in June 2014.  What I didn’t tell them before, during, or after the talk was that I’d never gone to my own University of Chicago MBA graduation, nor had I gone to my BSc in physics graduation at University of Toronto.  I’ve never been big on pomp, and I had fun jobs I wanted to go to right away after each of them.  And to be fair, I wasn’t summa cum laude in either case.  I was merely respectable, so there was no appealing ego trip involved.  Anyway it was high time I went to a graduation.

The most personally interesting part of writing this speech was thinking about what I could say to the young women that I wish I’d heard at their age. (I heard nothing).

So, for the first time, I thought hard about what it was like to be a woman in a man’s business.  Not thinking about it earlier was a survival strategy — because if I’d thought about it, I’d have wanted to TALK about it, and that would have been stupid. I was working and competing with men daily.  And successfully. And the truth is, I like working with men. Being a physicist-turned-engineer, I have very little experience working with anything but men. So when members of the press or militant feminist types would question me about this stuff, I would avoid and be annoyed. Now that I’m retired I can speak out and let the chips fall. Still, a nod to Sheryl Sandberg for saying her piece while in the thick of it.

In the aftermath of the speech, I got the most resonance in two areas:

1) make unconventional choices that fit YOUR OWN aspirations

2) from women appreciating the advice to go around obstacles, and enjoying hearing from a fellow ‘dragon lady’

Actually it wasn’t “dragon lady,” it was a stronger, less feminine term — “Ball Buster” — but, hey, I couldn’t say that in a speech.  Reason I know is that I’m still very close to most of the former CEOs from my boards. I ran this speech by a couple of them.  Over time they had heard me referred to as that other term. They would jump to my defense — and they report that the people who said this had never met me — it was just the “word on the street.”  Insidious, yes?

Anyway, mine is a study in making unconventional career choices (not that I recommend everybody go be a recruiter for a few years!), and searching for what you’re great at, and meant to encourage women to go right through those walls.