The healthcare delivery system is full of pain points that scream out for digital solutions. One of those is the clumsy way doctors and other caregivers in the hospital communicate and collaborate on patient care. It still involves a lot of paper, and privacy risk.

Mountain View, California-based Listrunner has developed a centralized clinical communication platform that should ease the pain.

The company, which is part of the accelerator Y Combinator, says it has raised half a million in seed funding, all from independent physician investors, to continue building and testing its product.

Doctors in hospitals organize their day around paper lists of patients printed from an electronic health record (or a spreadsheet built from EHR data) and then scribble in clinical notes in the white spaces underneath each name on the list.

In the new digital world, you imagine gangs of doctors in crisp white coats cruising around the hospital with iPads running a secure interdisciplinary care coordination and communication app that talks to the EHR. But this typically isn’t the case. 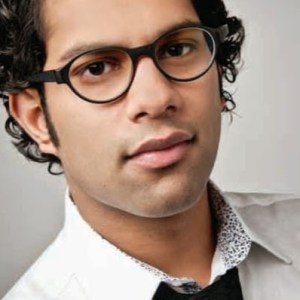 The EHR isn’t much help. It began as a legal documentation and billing platform. Centralized communication and collaboration was not part of the original idea, and hospital EHR vendors are still struggling to build on care coordination apps that work well.

So patient care in the many hospitals is still written on paper and communicated through insecure texts on cellphones. This is not only inefficient and insecure, but it also wears on doctors to the point where many of them quit practicing.

The Listrunner enables doctors to carry their patient lists around in digital form and share information from them with other caregivers (internists, nurses, specialists, etc.) on a common, secure platform. This includes patient summaries, updates, and task lists.

Listrunner encrypts and stores clinical data on a central server that can serve real-time information to any connected computer, phone or tablet with a browser.

The collaboration functionality not only makes communication easier, but it can save facilities millions in fines and malpractice claims related to medical errors. “Most medical errors happen because of simple communications breakdowns,” says Listrunner co-founder Dr. Jeeshan Chowdhury.

Using Listrunner, Chowdhury says, a doctor could review the patient list on a phone or tablet from the breakfast table before hitting the floor to do rounds. All information that Listrunner collects is secure and HIPAA-compliant, he says. The system integrates with hospital electronic health platforms from Epic, Cerner, and McKesson.

Listrunner is now going through a trial in 12 hospital departments, Chowdhury says, including at two (unnamed) major facilities in California.

Listrunner is one of the companies presenting at Y Combinator’s DEMO Day in Mountain View, Calif., on Tuesday.