It’s time to find the lighter side of mutually assured destruction.

Dynamighty’s Counterspy is a short foray into espionage as a triple-agent working against both the western Imperialists and eastern Socialists. The procedurally generated, side-scrolling stealth-action game slips onto the PlayStation 4, PS3, and Vita under a thick cover of mod-action parody and witty hindsight. Should you learn to stop worrying and love Counterspy or leave it to nuclear annihilation? Above: Your default movement speed will attract a guard’s attention until you equip a particular upgrade.

Remaining unseen is your quickest path to victory in each of Counterspy’s missions. Sliding into and moving between cover is just one smooth button press after another. Taking out enemies from behind is satisfying, especially after you collect the formulas required to upgrade to a silent run. Mounting ladders, blowing up safes, rifling through filing cabinets, and pulling yourself up ledges are all done with a practiced speed worthy of a master spy.

All of these elements combine into a great feeling of slippery momentum. Nothing is as gratifying as when you slink between guard patrols and surveillance cameras to get to that vent leading to some hidden blueprints. Given that your leaderboard score ramps up higher when you are able to chain together stealth or direct kills, this sense of speed is your greatest asset.

Diligent triple agents can upgrade their weapons to more silent and powerful arrangements of pistols, shotguns, and assault rifles. The Dart Persuader, which drugs individual soldiers into turning on their enemies, is a particularly devilish treat. Crouching against cover while some hapless guard steadily chains together six kills (counted as stealth given your non-involvement) is counterspy’s greatest joy.

A ceaseless sense of style

A classic, ’60s art style dominated by thick blues and reds drench Counterspy’s every screen. Spot-on homages to nationalist propaganda adorn nearly every wall. The typeface and layout of each menu harkens back to the sophisticated, bold simplicity that defined the late ’50s and early ’60s. And a soundtrack of jazz and lounge music sendups is the bebop star on this groovy tree. It’s a celebration of an era that doesn’t succumb to buffoonish lampooning, and every aspect of the game is better for it.

This clean, sparse art style also keeps everything in each level stark and apparent against the background and effects. You are almost always aware of where your heavily shadowed spy is in relation to objects and enemy soldiers, at least within your immediate field of vision. Discovering secrets and collectibles becomes a matter of the player taking their time, not struggling with bad level layouts and cheap tricks. Above: CounterSpy spends far too much time forcing you into un-stealthy shootouts.

Counterspy’s brand of stealth is not always the best of friends with its procedurally generated levels. Most rooms you enter in each mission contain two or more screens that scroll from one to the other once you reach the right-hand side. But guard awareness is present across both screens.

This means you frequently enter a room and immediately draw the curiosity of a passing guard across the screen barrier. If you are able to get to cover quickly enough, you will be able to take them out, but suitable objects to hide behind aren’t always within reach of a particular room or are far enough away that running toward them will trigger the guard’s Defcon-heightening alarm. This leads to a lot of forced confrontation or rifle fire that you are rarely able to get out of unscathed. For those hoping to run through levels undetected, these will be the most repetitive and annoying deaths you’ve had to deal with in years.

Enemy placement also doesn’t always gel with the camera placement. At least once per level is a spot where your spy takes cover facing the camera, and the perspective turns inward down a hallway full of guards to put down. The angle here is so sharp, however, that guards often can hide in the far corners of the room, able to fire at you without being in your range. You need to save these foes for last or risk yourself out in the open to find the angle needed to take out these sneaky guards. It’s needlessly frustrating and the incredibly aggravating result of randomized enemy placement.

Gunplay never feels as crisp as everything else

Like in real life (I presume), a good counterspy should rarely raise his gun. But unlike actual intelligence agents, staving off gunplay is due more to sluggish targeting and ineffective assault weaponry. Moving your reticule over a guard feels slow and tedious, and positioning it while in cover before firing feels weightless and unreliable.

Conflict is never completely avoidable, and most levels end with a room rife with soldiers whose patrols make sneaking by them impossible. Enemy fire is vicious and unrelenting, leaving little window for return fire in large rooms full of guards all alerted to your presence. For a game that sells itself as a stylish stealth adventure, you will be spending far too much time staring down crosshairs. 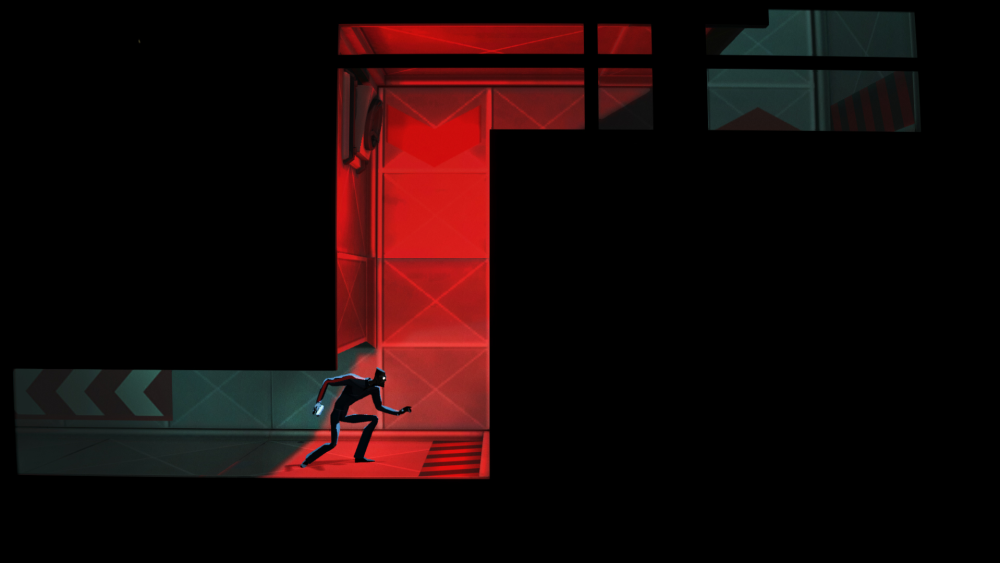 Above: CounterSpy’s ’60s retro art style is pervasive and gorgeous.

Counterspy successfully gives you the feeling of being a powerful and deadly third wheel in a Spy vs. Spy game of one-upmanship. Moving to and removing your target of choice amounts to the most gratifying stealth since 2012’s Mark of the Ninja. But the problems start flying as soon as the bullets do. Gunplay frequently feels more awkward than enjoyable, and you’ll die more times from a cheaply laid out level than you will your own lack of skill.

$15 is a lot to ask for this 2-3 hour mission, with limited replayability beyond leaderboard data and a few more weapon and ability upgrades. If you can keep your head down, this is one sharply realized satire of nuclear Armageddon. Just realize that — like the population of the ’50s and ’60s world — your life is always at the mercy of stupid things outside of your control.

CounterSpy is out today for PlayStation 4, PlayStation 3, and PlayStation Vita. The publisher provided GamesBeat with a digital CrossBuy copy of the game for the purposes of this review.