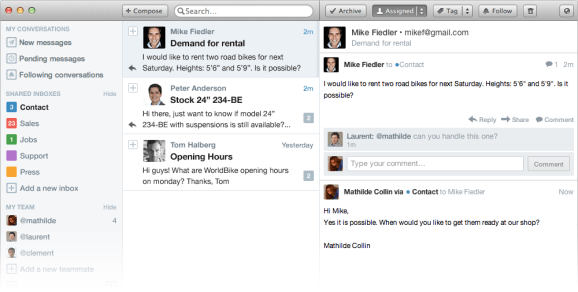 The group and social email app Front says it’s in the process of raising a $2.5 million funding round from a group of Silicon Valley dignitaries that want to remain anonymous for the moment.

Front’s CEO Mathilde Collin told VentureBeat today shortly after its presentation at Y Combinator’s Demo Day in Mountain View, Calif. The presentation marks Front’s graduation from the accelerator, which invests $125,000 in seed money to each startup it admits.

And by the sound of things, Front has done well from its association with Y Combinator. Collin said she received 41 messages immediately after her presentation today. Indeed, her company is entering a new phase, and it’s a well-funded one. Collin says Front has already raised $1.5 million of the $2.5 million total, and more investors are expected to join the round to reach the target. 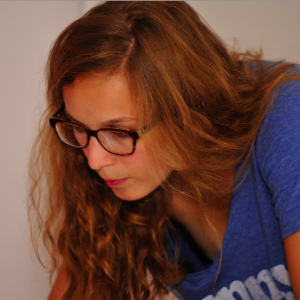 The funding comes from group of angel investors — all Silicon Valley people who Collin requested I leave unnamed. Collin, who is from Paris, says she and Front intend to relocate to California now that the summer-in-residence at Y Combinator is over. She says she’d like to stay close to her company’s new investors and advisers, all of which are in the U.S.

Front’s product acts like a software layer on top of the IMAP or company email platforms we’re used to. Front provides shared inbox features along with new ways of managing email, like adding collaboration and social features.

For instance, emails to group accounts like sales@yourcompany.com can be discussed by a group of recipients within a continuous space, instead of being endlessly forwarded and replied to, creating confusing nests of responses.

Front also has some new tricks. Collin told VentureBeat that work groups will now be able to collaborate on email composition. For example, one employee responding to a sales request [see above] might ask another to chime in and add some feedback or further information to the draft email.

Collin says she and her team are adding another feature that will enable team members to share contact lists.