FunPlus Group, the creator of mobile-social games like Family Farm, has agreed to sell its game subsidiary to publicly traded Zhongji Holding for $960 million.

The size of the deal suggests how large FunPlus’s mobile-social game business has grown in the past few years. And it also points to a very interesting and ambitious strategy for the Beijing-based game company, which will take the money and invest it in experimental game opportunities.

It’s a little complicated, so bear with us as we explain it. Zhongji Holding, a publicly traded company in Shanghai, approached FunPlus to purchase its current social-mobile simulation games. FunPlus Group’s current business features games like Barn Voyage and Family Farm, and they are included in its gaming subsidiary dubbed DianDian Interactive. Zhongji is paying up to $960 million for DianDian for the games and about 120 FunPlus employees.

The rest of FunPlus will receive that giant war chest of money and invest it in its new ideas to disrupt the game business, said Dan Fiden, the chief strategy officer of FunPlus, in an interview with GamesBeat. Interestingly, FunPlus recently raised $74 million in venture capital. The company’s ambition to become a truly global game company — made possible by the universal acceptance of mobile-gaming platforms — fits with our theme of Total World Domination at our GamesBeat 2014 on Sept. 15-16 in San Francisco. And it’s a reason why Andy Zhong, the chief executive of FunPlus, will be one of our speakers.

“We can invest in disruptive and innovative businesses,” Fiden said. “Our ambitions are outsized, and the opportunity is outsized.”

Fiden added, “It’s a positive sign for the game industry globally. It’s a validation of the direction that we have gone. We didn’t want to have the binary choice of having a public company that focused only on the quarterly results and try to pursue a new growth business at the same time.” 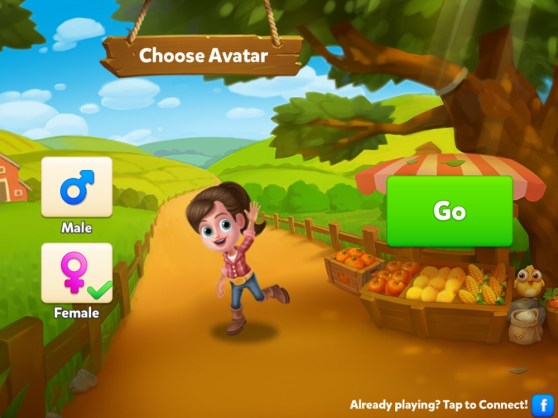 The deal is expected to be completed by 2015, and it is subject to regulatory approvals.

Fiden said the deal enables FunPlus, which will have more than 120 employees itself, to enjoy the best of both worlds. It will be able to participate in the hot public markets in China by doing the deal with Zhongji, and it will be able to take a lot of capital and invest that money in a private plan for long-term growth and development.

“FunPlus is going to be our more experimental piece, and we are running it as a startup,” Fiden said.

“The mobile market in Asia, and especially in China, will be a massive driver of growth for our industry,” said Andy Zhong, the CEO and co-founder of FunPlus, in a statement. “We believe it will grow exponentially, and that Chinese public market investors will highly value innovative gaming and entertainment companies with global vision.”

FunPlus, meanwhile, will aggressively focus on talent acquisition and investments in technology, content, and new platforms. Back in March, FunPlus raised money from Orchid Asia Group, GSR Ventures, and Steamboat Ventures. Its goal was to expand from Beijing into the West through an office in San Francisco.

FunPlus’s games include Family Farm, Farm Farm Seaside, Royal Story, and Fantasy Slots on iOS, Google Play, and Amazon. Those titles sound derivative, but Fiden said in an interview that he joined six months ago because the company had already established itself as a global player.

FunPlus has doubled its revenue year-over-year since 2011, and it is profitable, Fiden said. The DianDian Interactive business has stable growth and profit margins.

As for the future free-to-play games that FunPlus is working on, Fiden said only, “We want to provide our players with an experience that is magical. We want people to feel like the people who bought shoes on Zappos feel, or how people feel when they go to Disney World. We think that by providing a great day-to-day experience, we can avoid the high cost of user acquisition. The way to avoid paying for new users over and over again is to retain the customers you have.”