PlayFab has raised $2.5 million in angel and institutional funding to ensure that new mobile and online games will work when they launch.

PlayFab has secured an exclusive partnership with Exit Games, the maker of the popular Photon Server for hosting online game matches. The server is currently used by more than 80,000 game developers worldwide, and PlayFab will make it available to its customers for free.

Mobile developer or publisher? Learn how the most successful developers get better users for less money, with this VB Insight Report.

The company is using this initial funding to expand its team and invest in service that simplifies life for developers and publishers. It enables them to build, scale, operate, manage, and monetize games. In essence, PlayFab’s job is to enable companies to provide games as online services, all through a user interface dubbed the PlayFab Game Manager. You can view the game manager interface on a tablet.

“The game industry has gone through radical changes in the last five years,” said James Gwertzman, the founder and CEO of PlayFab, in an interview with GamesBeat. “Free-to-play puts pressure on traditional gamemakers, who realized that success had nothing to do with great game design and had more to do with technology and systems design.” 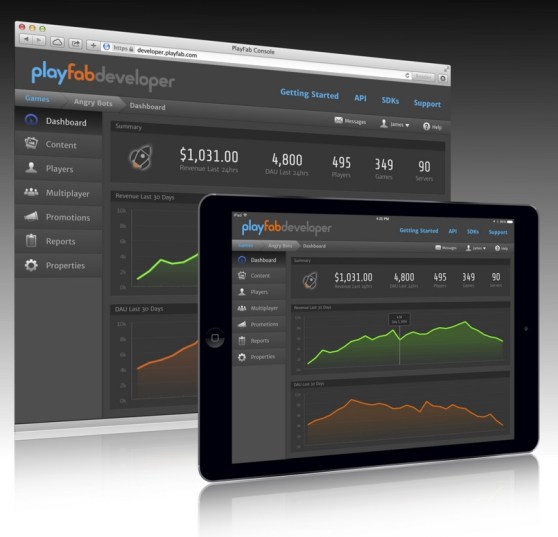 “There are the tools that teams never build when they are trying to finish the game,” Gwertzman said. “Once they get to the finish line, they need these things.”

Developers will be able to use their resources to focus on building fun games.

Gwertzman said that the company will add new services over time, and it will beef up its basic offerings, such as its analytics. PlayFab supports the leading game engines on the market, including Unity, Unreal, Cocos2d-x, and Xamarin.

“The need for a robust service like PlayFab is clear,” said Lei Zhang, the general manager at Chukong, the maker of the Cocos2d-x engine, the most widely used game engine in China, in a statement. “Thanks to widespread adoption of tools like Cocos2d-x, no developer today would dream of building their own game engine. But today, game developers still need to spend too much of their time reinventing server technologies, time that they could otherwise spend on their games. We look forward to a long partnership with PlayFab and integrating its services directly into Cocos Studio.”

PlayFab is built with UberNet technology, which was built and operated for three years by Uber Entertainment. That company decided to spin out the technology just as Gwertzman was conceiving PlayFab. Gwertzman spent eight years at PopCap Games, many of them in China as the game industry was going through wrenching changes.

While at PopCap, Gwertzman said he saw how hard it was to compete as a studio committed to quality in the new world order of free-to-play games, which required the ability to scale up to massive numbers of servers in a very short time.

“Every top game is free-to-play, but developers feel like they have to sell their souls to the devil,” Gwertzman said. “We provide the tools you need to compete on a level playing field and shift the focus back to creativity.”

“It used to be that when you launched a game, you were done,” said Jason Kapalka, the co-founder and former chief creative officer of PopCap. “Now with games-as-services, that’s just the starting point — and often the quality of your game management tools determines whether your game will succeed or fail. How effectively can your creative team analyze what’s going on, make adjustments, and see the results of those changes? Most studios barely have time to build their backend, let alone invest in great operations tools. Having a complete solution ready out of the box from PlayFab should make a big difference, especially for smaller studios.”

Uber Entertainment is also one of PlayFab’s shareholders, and it is a paying customer. PlayFab has spent a lot of time documenting the architecture, and now it is signing up one or two customers a day. Over the past three years, Uber and PlayFab have added 5 million players into a database and processed 138 million e-commerce events. More than 10 million game sessions have been played.

PlayFab’s platform has been adopted by Blue Planet Software, the exclusive licensor of Tetris, and more than a dozen other mobile and PC game studios. The titles using PlayFab include real-time strategy game Planetary Annihilation on the PC (which was one of the biggest Kickstarter campaigns in 2012) and multiplayer tower-defense game Toy Rush (which independent partner Tilting Point is publishing). 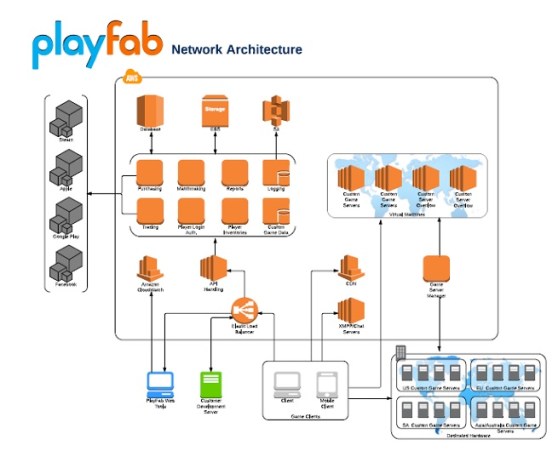 “I’ve built backends for many games in my career, and it’s hard to get them right,” said Patrick Wyatt, an ArenaNet co-founder and PlayFab advisor and investor. “The game industry is ripe for the kind of backend services that PlayFab is providing, which are going to make building reliable online games a whole lot easier and faster.”

On the mobile side, PlayFab competes with rivals such as cross-platform service OpenKit (which provides social features for mobile games), whose team OpenFeint investor Peter Relan financed.

PlayFab has 11 employees, and it is beginning to hire new folks.

Gwertzman said the company put a lot of thought into its business model. In general, the pricing model is based on usage. Startups can use the platform to create their game in prototype form and get as many as 1,000 daily active users for free. Once they cross that threshold, they start to play. A casual game costs $0.002 per daily active user. A core game costs $0.006 per DAU. Other services, such as hosted multiplayer, cost extra.

“We had to be attractive to cost-sensitive companies,” Gwertzman said. “We want it to be cheaper than doing it yourself. We also wanted our pricing to be simple to understand.” 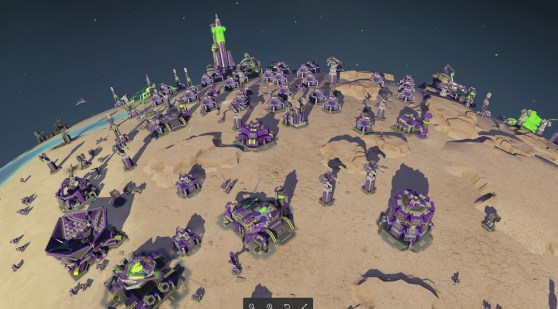