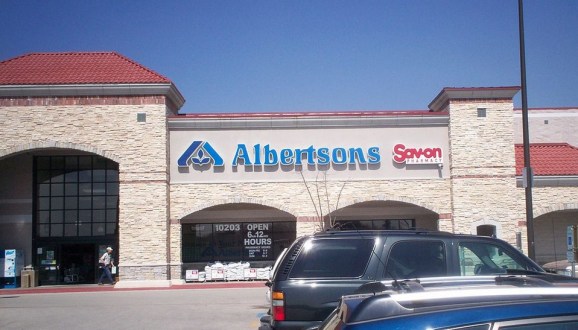 Recent card data breaches at Supervalu and Albertsons retail chains are just the latest in a long series of high-scale security incidents hitting large retailers such as Target, Neiman-Marcus, Michael’s, Sally Beauty, and P.F. Chang’s. These breaches are raising a lot of questions, one of the most important of which is: Are we going to see more of these?

The short answer is yes; in the foreseeable future we will continue to see more breaches. Here’s why:

1. PCI DSS (Payment Card Industry Data Security Standard) is failing to protect merchants from security breaches. The original idea behind PCI DSS, which was created 10 years ago, was that the more merchants we have that are PCI compliant, the fewer breaches we’ll see. The statistics shows the exact opposite trend: Most merchants who recently experienced card data breaches are PCI DSS compliant. The problem is that, in the 10 years since PCI DSS debuted, the standard hasn’t evolved to address the real threats, while hackers, who have already learned all the point-of-sale vulnerabilities, have been constantly working to enhance their malware.

2. Merchants and service providers are still not widely implementing P2PE (Point-to-point Encryption) technology, which is the only realistic way to address the payment card security problem. Despite the strong support for P2PE from the payment security community, only four solution providers are certified with the PCI P2PE standard, and at least two of them are located in Europe. The problem with P2PE is that it is very complex and expensive and requires very extensive software and hardware changes at all points of transactions processing — from the POS (point-of-sale) in the store to the back-end servers in the data center.

3. Retailers introduce new payment hardware, including tablets and smartphones, that are neither designed nor tested for security issues they face in the hazardous retail store environment. PCI DSS does not address directly any mobile security issues.

4. Updates and new features to POS and payment software open up new risks. Merchants want more features in their software in order to stay competitive. POS software vendors provide those features atop of existing functionality by supplying endless patches. The complexity builds up, extending the areas of exposure, and security risks grow accordingly. Those risks are not necessarily mitigated by continuously updated software.

5. Vulnerable operating systems make it easier for hackers to penetrate a network and install malware. Most POS systems are running on Windows OS, and some retailers are still using Windows XP, which Microsoft has not supported since April 8, 2014. We don’t know how many “zero-day” vulnerabilities are out there, but we know for sure that those vulnerabilities, even if they are discovered and published, will never be fixed.

6. The traces of many card data breaches often lead to Russia. While the main motivation for all of these attacks is probably still financial, the modern Russian anti-Americanism also encourages Russian hackers to attack U.S.-based merchants more as an act of patriotism rather than a crime. This is a new reality that is different from what we had just a few years ago.

7. Finally, EMV technology, which is supposed to “save” the payment card industry, is not a silver bullet solution. Although this is a topic for full separate article, let’s at least just briefly review the EMV problems and see why it’s not going to bring a total relief.

(Disclaimer: The views and opinions expressed in this article are mine and do not necessarily reflect the official policy or position of HP.)

Slava Gomzin is a security and payments technologist at Hewlett-Packard and author of the book Hacking Point of Sale: Payment Application Secrets, Threats, and Solutions (John Wiley & Sons, Feb. 2014). He also has a blog on payment security and technology, PayAppSec. In his role at HP,  Slava helps create products that are integrated into modern payment processing ecosystems using the latest security and payments technologies. Prior to joining Hewlett-Packard, he was a security architect, corporate product security officer, R&D and application security manager, and development team leader at Retalix, a Division of NCR Retail. As PCI ISA, he focused on security and PA-DSS, PCI DSS, and PCI P2PE compliance of POS systems, payment applications, and gateways. Before moving into security, Slava worked in R&D on design and implementation of new products including next-generation POS systems and various interfaces to payment gateways and processors. Slava currently holds CISSP, PCIP, ECSP, and Security+ certifications.