Up until a few months ago, Patrick and Stewart were just like any other Disney Infinity fan. They bought the figurines. They made their own levels in Toy Box mode. They submitted their best work to weekly contests, and sometimes, they won.

How did these hardcore fans make the jump from amateur level builders to professional designers in less than a year? GamesBeat spoke with Efird, Malcolm, and executive producer John Vignocchi to find out the reasoning behind these hires and what sort of impact they’ve had on Disney Infinity’s upcoming “2.0” edition. 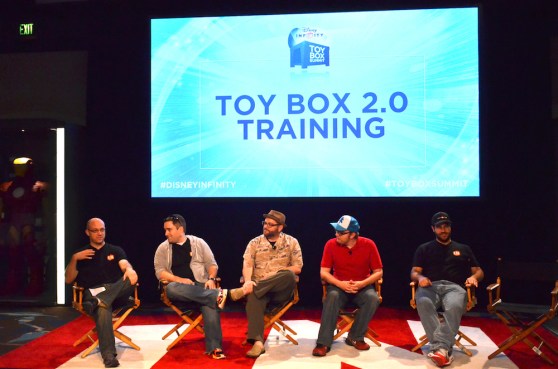 Above: The designers taught other super fans how to play with 2.0’s features at a Toy Box Summit in Utah.

Hiring community members wasn’t always part of the plan. When the first edition of Infinity came out last year, Disney Interactive wanted a way to vet user-created levels (it has to maintain its family-friendly image, after all) and highlight them for others to see. The company started showing off these levels in simple voiceover videos on YouTube, but it switched to doing a weekly series called Toy Box TV. With Vignocchi and community manager Allison Petrek as hosts, the show focuses on news, contests, and the best Toy Box levels of the week. To date, the series has over three million views.

“It’s all completely organic. We’ve spent no marketing money on this. We haven’t done a big push,” said Vignocchi. “[The show] has just been slowly growing organically. It’s taken us all by surprise — how engaged the community is and how excited it is over everything that we’re doing.”

It was through this show that Disney discovered its five community designers. Malcolm was the first to join the team, a surprise that a certain executive almost ruined while he was touring Avalanche’s Salt Lake City headquarters in March. When Malcolm first arrived, he sat at the head of a table with six developers, all of whom were asking him a bunch of questions. He was initially a little intimidated, but when that was over (Malcolm describes their conversation as “inspiring”), he ran into Vignocchi in the hallway. 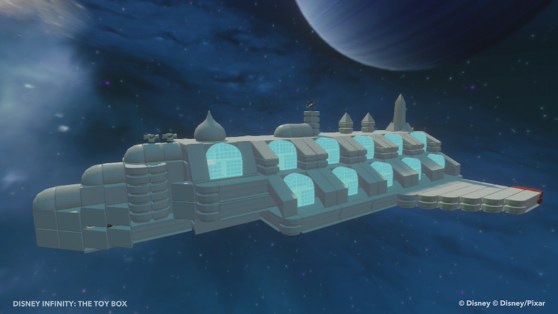 “When I met him, I had known that we were going to hire him, but they had not told him yet,” Vignocchi recalled. “They were still pushing him through the official interview process. It was fun because I was like, ‘Dude, I’m so excited for you to join the team!’ And he was like, ‘I’m joining the team?’ And then I got a message from HR afterward that was like, ‘Hey, we haven’t told him officially yet. You kinda spoiled it a little bit.’”

Efird was working as a teacher before he received his “magical email” in May, 10 days before his wedding. He’s always been fascinated by games that let you create and share your levels.

“[Showing off levels I’ve made] is more of a rush than killing 1,000 enemies or doing anything like that in an online first-person shooter,” said Efird. I love building. When you mix that concept of building and creating and owning something with the collectibility and technology behind these figures, and on top of that, you throw down the Disney nostalgia … I felt like there was someone in a boardroom somewhere who had my personal information and said, ‘Let’s create a game specifically targeted to this person. And force him to spend all his money on it.’ It was perfectly engineered for me.” 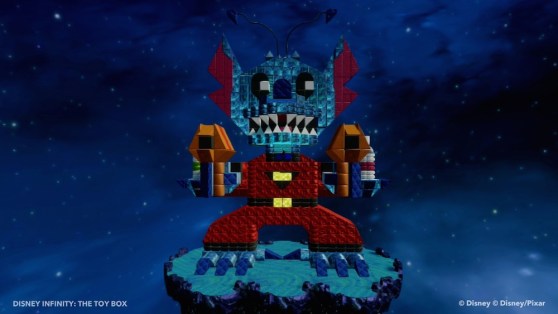 Above: Efird’s known for levels like Prank 626, which he based on the movie Lilo & Stitch.

From the couch to the studio

Creating Toy Box levels in the comfort of one’s own home is different from creating them in the studio. The newly minted developers — their official title is Associate Level Designer: Community — all sit next to each other. What was once a solitary activity had now become a communal experience.

“[We’re] collaborating together. It’s kind of cool because we’ll get different ideas off each other,” said Malcolm. “Our Toy Boxes evolve a little bit differently than they would’ve if we were by ourselves.”

Since Disney Infinity allows up to four players in the same Toy Box space, the team members also spend time working together on a single project. Sometimes, they split the tasks among themselves. One of them might work on filling out the world, another would worry about building the gameplay, and a third could begin shaping the story.

Vignocchi compares them to people who are just naturally gifted artists — they’re “master level designers” and their work impressed everyone at Avalanche, even the senior level designers. Their influence has already affected certain aspects of the new game, leading to simple additions like the triangle block that builders can use. And their feedback was also valuable in making sure the Toy Box tools are as user-friendly as possible.

“I wasn’t sure how well I was going to be received — these [Avalanche] guys are pros,” said Efird. “They’re at the top of the game and the industry. And here comes a random school teacher who likes to play the game, and I was afraid of getting shoved into the corner to play with blocks all day. It was amazing how receptive everyone was to us — how welcoming everyone’s been. And really how much they valued our input on things. It’s been incredible.”