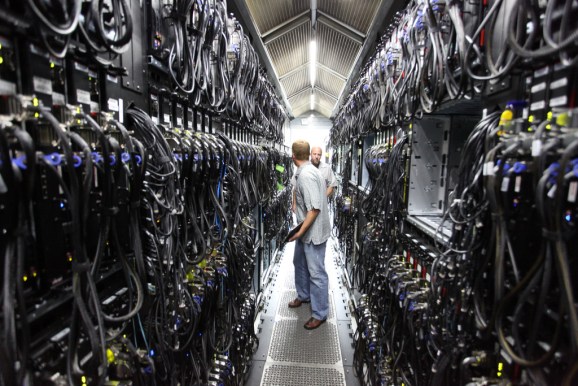 If cloud providers want to compete with market leader Amazon Web Services, the battle could come down to having every major feature that Amazon does.

Today, Microsoft announced a preview for a fully managed NoSQL document database, which eschews traditional commands in the SQL query language, as well as a managed search tool developers can weave into their applications, based in the Azure public cloud. The tools should add diversity to Microsoft’s growing public cloud offerings and bring it a couple of steps closer to Amazon’s cloud — just as Microsoft has been keeping up with Amazon on prices.

Microsoft is a long-time player in relational databases, particularly with SQL Server software, and it already has the SQL Database cloud service available. But it didn’t have a document database that would be analogous to Amazon’s DynamoDB database service or its CloudSearch searching service.

Google didn’t invent NoSQL databases, but it certainly made the approach more popular with its 2006 Bigtable paper, which underlies the Google Cloud Datastore managed NoSQL database. Google has a search API.

Given that Microsoft chief executive Satya Nadella continues to invoke the “cloud-first, mobile-first world” line, it’s likely that Microsoft is serious about this cloud thing. So don’t be surprised if Microsoft keeps doubling-down on product development to stand out and capture enterprise business on its cloud in a quest to keep increasing cloud revenue.