Game makers have had a tough time monetizing mobile titles, as they advertise heavily to recruit new players. Tinyloot wants to turn that on its head, paying players a small amount of money, so that they will keep on playing a game — and spend money in it too. 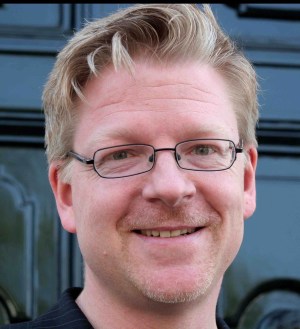 The idea comes from Oliver Kern, a digital game marketing expert, and Micha von der Meer, a former IT head at Booz Allen Hamilton and a game developer. A year ago, they were talking about how companies with larger budgets were pouring money into user acquisition and hiring teams of monetization and psychology experts. They started developing Tinyloot, a platform that pays people directly based on the time they spend playing a mobile game.

Right now, developers and publishers have to bet on advertising or incentivized installs with a one-time payment to a network with an unpredictable outcome. More than 500 ad networks are happy to receive this money, but the results they deliver can be nebulous. Developers have to spend money and experiment to figure out which networks are good.

“The majority of networks couldn’t care less about the developers and very often do not deliver what they promise,” Kern said. “I have been working in exactly this space and have worked with many of them. Some are good, many not so good for games.”

With Tinyloot, developers or publishers spend less money than they would on ads, and their money goes to players. If those players really like a game, they will turn around and spend the money they earn in it. The focus is on finding players who are dedicated and affordable.

“This would change the value chain in free-to-play mobile games,” said Kern in an email. “We are getting great feedback from players who sometimes can’t believe it’s true.”

The Haarlem, Netherlands-based company has launched its test app on Google Play in Holland. A few thousand players are currently receiving loot.

The app is a hub and admin panel for gamers. Developers can acquire developers at a low financial risk and directly reward players for their loyalty. Those developers can avoid spending an average of $1.20 per install for new gamers in top-tier countries, and their actual costs with player rewards is more like a third or a fourth of that so far. The gamers can get actual money.

“This is good for the community of free-to-play mobile-game developers who are struggling with ad networks that take and earn a lot of money without providing real value,” Kern said. “Tinyloot mitigates this risk, and it delivers engaged players at a significantly lower cost if it’s a good game.”

Once those players get used to spending money for something in a game, they may continue to do that out of habit. App stores benefit as well, as they get a cut of the purchases.

“The price for a mobile user is going up (every month),” said Daniel Hasselberg, chief executive of developer MAG Interactive, which is planning to use the platform in the future. “By the end of 2014, even the majority of the top 300 mobile publishers will not be able to easily afford user acquisition. We are waiting for Tinyloot.”

Tinyloot has raised 50,000 euros in angel money. Investors include Chris Lee (co-founder of Media Molecule) and Reinout te Brake (founder of iQU). The company has three employees. Tinyloot has also benefited from partnerships with SoftLayer and Cloudant (both IBM companies), along with Microsoft. PayPal also enabled it to build a stable, scalable, and secure environment.

Among the developers using Tinyloot is Hutch Games, which will use the platform in its Smash Bandits game.