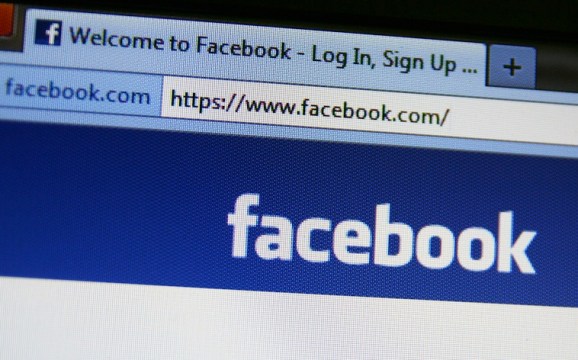 Update at 3:00 p.m. PT: Updated with a mention of Facebook’s ad targeting that pulls in people’s browsing history outside of Facebook.

Uh-oh, it’s a bad Monday for Upworthy and other so-called viral sites. Facebook today announced that it’s doubling down on articles with headlines that scream for your clicks.

As of today, the world’s biggest online social network is introducing two updates aimed at helping clean up News Feeds: cracking down on click-bait headlines and encouraging the sharing of articles as links instead of as photo captions.

Let’s break this down.

On the “click bait” front, Facebook defines those as “when a publisher posts a link with a headline that encourages people to click to see more without telling them much information about what they will see.” Facebook says that based on its survey, while links with these headlines get a lot of clicks, 80 percent of its users say they prefer more informative headlines. These posts also tend to crowd people’s News Feeds and drown out other content.

Where it gets really interesting, and possibly a little creepy, is how Facebook determines what links fall into this category. It will look at the “ratio of people clicking on the content compared to people discussing and sharing it with their friends,” operating under the idea that low engagement (“likes,” comments, shares) relative to the click signals click bait.

But Facebook will also look at the amount of time spent away from Facebook while you’re presumably “reading” an article. The idea here is that if you click on an article and are taken to that webpage (i.e. navigating out of Facebook), and spend very little time there before coming back, you didn’t find anything of substance there — this is likely click bait. Essentially, Facebook will now look at your bounce rate from these stories.

Now, this could mean that Facebook is tracking you while you’re outside its site. In June, Facebook announced that it was rolling out in the U.S. tracking of your websites and apps to better target the ads you see, although you can opt out of this. So it’s likely that if you click on a link and disappear for 23 seconds, it will probably know that you browsed around during that time and really didn’t spend much time on the original link you clicked on. However, you could also find an interesting post and send it to your Pocket or Instapaper account and return to Facebook within seconds, effectively countering the bounce rate approach.

But still, that’s pretty ingenious on Facebook’s part to look at bounce rates as one way to figure out the quality of links, even if it’s somewhat imperfect.

The other adjustment Facebook is making is to give better ranking to links that are posted in the “link format” (when you copy-and-paste a link into the text box) as compared to links that are in photo captions. The rationale for this is that when you share in the link format, Facebook grabs not only the article’s image, headline, and link but also some additional information about the article, such as its first line, making it more informational for the reader.

What’s also interesting is that Facebook says that its studies have shown that link format posts receive twice as many clicks as links embedded in photo captions, yet other studies have found that images get the highest engagement. The discrepancy here could be that Facebook is measuring interactions with the link while other studies are looking at the interactions with the post overall, but this is still important for marketers and social media managers responsible for brand pages to note.

These updates are pretty timely. Wired‘s Mat Honan ran an experiment two weeks ago during which he “liked” everything in his feed for two days, which resulted in his feed being entirely covered in brand and publisher content. We’ve also previously written about Facebook’s News Feed losing its original purpose of keeping people updated on their friends’ lives and drowning them in brand and paid content.