French game distributor Asmodee Group has acquired Days of Wonder, the maker of the popular Ticket to Ride board game. 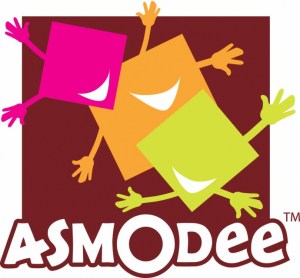 Above: The Asmodee logo.

With the acquisition, Paris-based Asmodee Group will have a new foothold in the U.S. game market as well as access to Days of Wonder’s design team, which can make both paper board games and digital titles. The move shows that making paper-based board games in an age of app stores can still be a lucrative business.

Terms of the deal were not disclosed. CEO Eric Hautemont and VP of sales and marketing Mark Kaufman founded the Los Altos, Calif.-based Days of Wonder in 2002. They launched the hit board game Ticket to Ride in 2004, and it is now widely distributed in retail chains such as Target.

Asmodee plans to launch more products in the U.S. market and tap Days of Wonder’s ability to make apps and other digital releases. After a transition period, Hautemont and Kaufman will leave the company. Over time, Asmodee will be able to increase the reach of Days of Wonder offerings, which also include Small World and Memoir ’44.

While games like Ticket to Ride are available on the iPhone, Kaufman said in an interview that the main business of Days of Wonder was selling board games for around $50. The apps served to increase awareness of the physical board games and increase demand for them. More than 1.8 million digital copies of Ticket to Ride Online have sold on Steam and iOS. Ticket to Ride is consistently in the top 10 grossing board games in the Apple App Store and in the top 200 across all categories.

“I’m thrilled that such a successful publisher as Days of Wonder has decided to join Asmodee Group,” said Asmodee president Stéphane Carville. “By combining forces, we’ll be able to further our great company project — providing great titles to the gaming community and developing the game market across all borders.”

Asmodee and Days of Wonder had a partnership, as Asmodee distributed the board games in Europe. Altogether, Days of Wonder has sold more than 5 million games, and it has its own internal development group. The company has 16 employees.

Hautemont and Kaufman were tech entrepreneurs who wanted a break from the Silicon Valley grind. Hautemont previously cofounded Ray Dream and ran a seed investment fund, Ridge Ventures. Kaufman was a seasoned marketer. So they formed their own board game company in 2002 and didn’t raise any venture capital. The company has been profitable ever since its second year.

Asmodee recently closed its own round of funding as part of an effort to compete on a global scale.

“They approached us and thought we were a good fit,” Kaufman said. “They convinced us their vision was good. As they expand into the digital realm, they feel that our digital design team will be a key asset. What is nice is that they value our team.”

Board games have seen a resurgence as consumer taste for more sophisticated experiences has grown. Days of Wonder rivals include Hasbro and Mayfair.

“We rode the wave of European-style games moving over to the U.S.,” Kaufman said. “The Internet drove that because it made it a lot easier to find these games and people to play with. It’s a long-tail market.”

Market researcher ICv2 said last week that the hobby-game market in North America hit $700 million at retail in 2013 — thanks in part to board games that have mobile-app counterparts. And the Gen Con board and role-playing game conference attracted more than 57,000 people to Indianapolis last week. That makes the event larger than the E3 video game tradeshow. Board games also have prominent roles at other gaming events such as the PAX series of conventions.

“There is more money spent on electronic games versus board games, but the competition and business model in digital is so difficult,” Kaufman said. “The vast majority of game makers spend money to acquire customers who don’t spend money. That’s not a long-term business, and we see a shakeout happening.

Days of Wonder, meanwhile, can leverage the strengths of both physical and digital offerings.

“Ours is a very different kind of business,” he said. “Once you get people to like your game, like Monopoly, it can last a long time.”

While ICv2 measured the growth in hobby games for hardcore players, Ticket to Ride has a more mainstream audience.

“Our games like Ticket to Ride are available at Target and Toys ‘R’ Us,” Kaufman said. “They’re gateway games.”

Above: The Days of Wonder history.