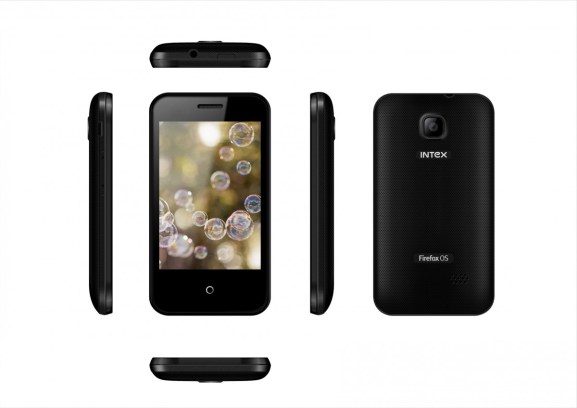 In June, Google declared India as the new smartphone battlefield as it announced Android One, a set of Android-based platforms for low-cost phones that will head first to India.

Mozilla’s plan for a low-cost smartphone for India was first reported in early June, backed up by comments from Mozilla chief operating officer Gong Li that phones above $60 “are still too expensive for most consumers in India and other Southeast Asian countries.”

“The launch of Intex Cloud FX marks the beginning of a new era of the Indian smartphone market and Intex is proud to be the first Indian company to understand and deliver on market needs. With the launch of Intex Cloud FX, we aim to enable the masses to get smartphone experience at the cost of a feature phone. We are delighted to partner with Snapdeal.com, the partnership allows us to offer the smartphone pan-India at a revolutionary cost,” said Intex director of marketing Keshav Bansal in a statement.

The Cloud FX phone is exclusively available on Snapdeal.com for about $33 (1,999 rupees) and sports the Firefox OS, a 3.5-inch display, a 1.0 GHz processor, and an expandable memory of up to 4GB. It also has dual-SIM capabilities, Bluetooth and Wi-Fi, built-in monitoring for data usage, and support for several languages, including Hindi and Tamil.

As for Android One, Google senior vice president Sundar Pichai said at Google’s annual conference that the such devices could feature a 4.5-inch, an FM radio, dual-SIM, an SD card, and be priced under $100, making it slightly more upscale than the Cloud FX.