Updated 11:24 AM PT with Twitter’s response.

Twitter has been granted a patent for detecting malware on mobile sites, according to a filing made public this month.

According to the patent, filed back in 2012, Twitter could protect users from malware by crawling websites with “an emulated mobile device to cause behaviors to occur which may be malicious.” After Twitter’s bot visits a given mobile site, the “behaviors … are stored [and] classified as hard or soft signals.”

From there, Twitter’s patent describes a method for assessing the “probability of the webpage being malicious,” after which it is “classified as malicious or non-malicious.” Finally, Twitter describes how visitors of the site, the site’s developer, and the “distributor of the webpage” (perhaps the user who tweeted the link) will be alerted if the site has been classified as malware. 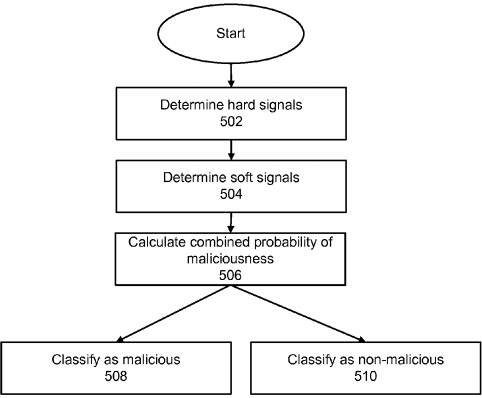 Most interestingly, the patent mirrors a similar system already implemented by Google on Google.com and within Chrome. Google alerts users with a warning splash page [below] which attempts to block users from accessing the site. 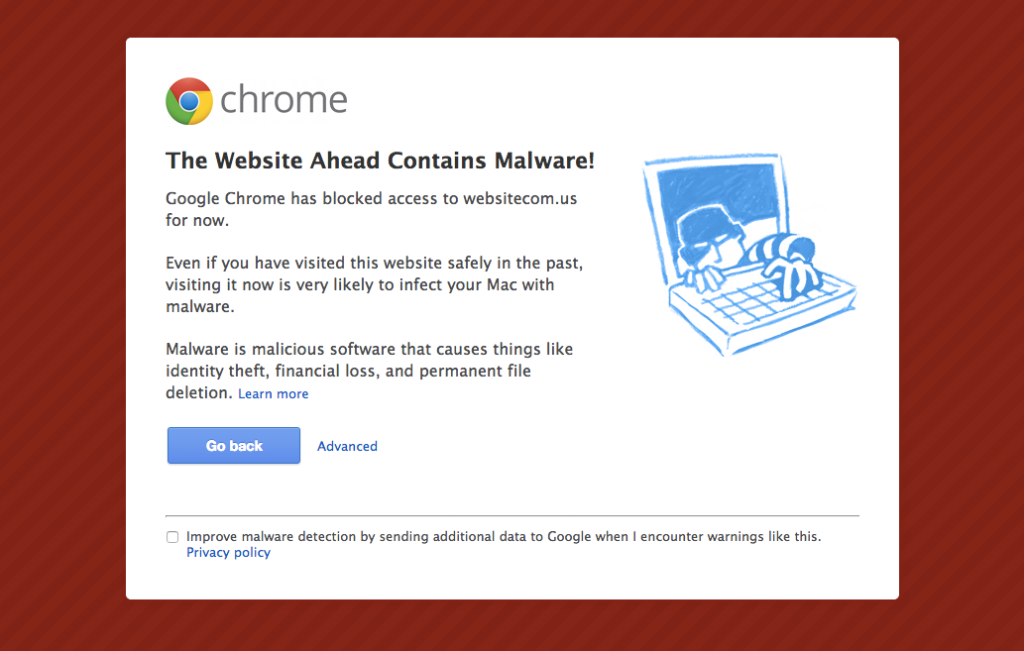 Twitter’s interest in preventing the spread of malware highlights new responsibilities for the social network as it continues to grow. Implementing such a system does not directly affect Twitter in the way the company’s anti-spam efforts have. Instead, this initiative to crawl the mobile web for malware would be a preventative effort to keep Twitter’s name clean.

In VentureBeat’s own tests, Twitter did not flag any sites known by Google for distributing malware on iOS or desktop, suggesting that the tech behind the patent is not publicly in use. Reached for comment, Twitter offered a boilerplate response:

We file patent applications on a variety of ideas that our employees come up with. Some of those ideas later mature into real products or services, some don’t.

Here’s the filing, in full: