This review may contain minor spoilers for The Walking Dead video game series.

“Who is your Clementine?” That’s the question Telltale Games seeks to answer in No Going Back, the final episode of its adventure game series The Walking Dead Season Two.

Despite her tender age, my Clementine is a capable survivor. She makes hard decisions many adults would balk at. She dispatches zombies with relative ease, knows to keep her head down in a gunfight, and she’s often the voice of reason when in-fighting threatens to tear her group apart. Her actions and words have influenced the lives (and un-lives) of others, and seeing the consequences of those words and actions played out are part of what makes The Walking Dead one of the most compelling works of interactive fiction available today.

After a fairly subdued fourth episode, No Going Back features some of the season’s tensest scenes as the group tries to survive a harsh winter with little supplies and a newborn baby to care for. Some believe they should head to Wellington, a safe haven that may or may not exist. Some want to head back to Carver’s compound to scavenge supplies. The distrust and anger that has built between the survivors boils over into a nail-biting fight on a snowy playground with Clementine stuck in the middle. The actions you take during this scene have a large influence on the finale’s ending, and you might find yourself playing through it again to see the other outcomes.

Although the larger scenes are well-done, Telltale has a knack for crafting believable, flawed, and likable characters during quieter moments as well. You know you shouldn’t get too attached to them; they’re likely going to die horribly. But you can’t help it. Every time a character cracks a joke or opens up about their past, they draw you in a bit further. Watching these characters banter and bond is a welcome respite from The Walking Dead’s usual grim nihilism and gore. 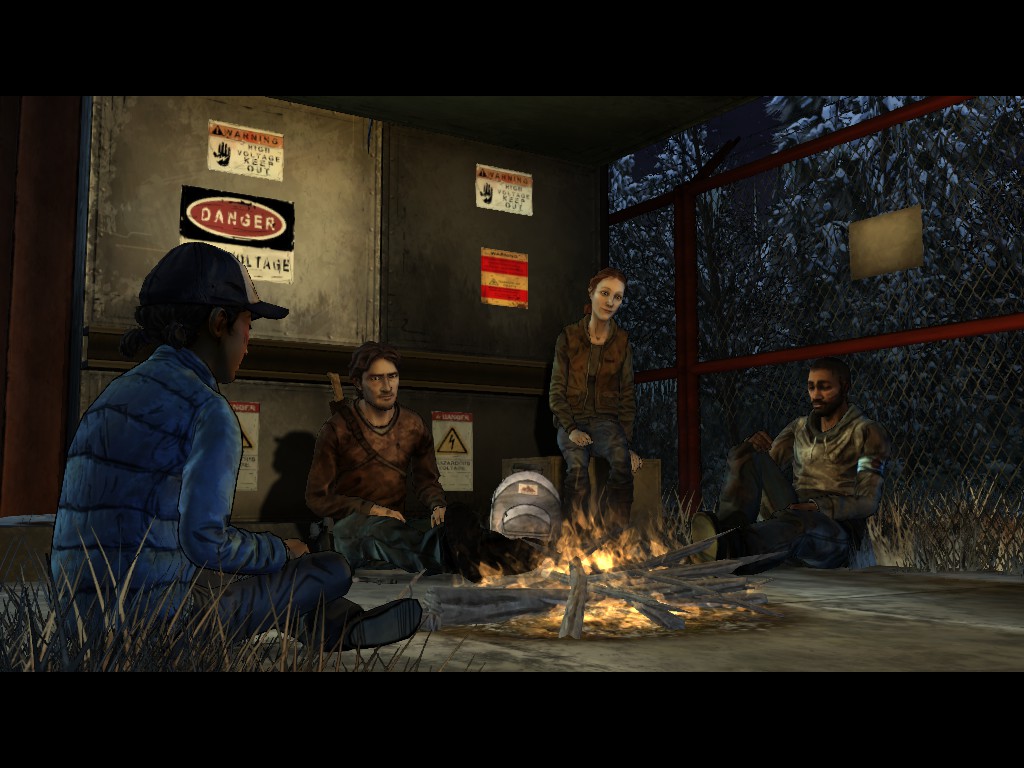 Above: The group shares a quiet moment to trade jokes and stories in The Walking Dead Season Two Episode Five: No Going Back.

While Season Two’s finale definitely brings the feels, it’s missing some of the drama and impact of Season One’s No Time Left. The conclusion of Lee Everett’s story was an emotional gut punch that brought a sense of closure and finality. The post-credits scene neatly set us up for Season Two with a question we couldn’t wait to have answered. No Going Back feels slightly anti-climatic in comparison. While its last moments also serve as a setup for the inevitable Season Three, it does it with a little less panache than its predecessor.

In No Time Left, Lee Everett had a singular purpose — to save Clementine. Watching him slash his way through hordes of walkers to face down a madman and accomplish his task was a powerful thing, epic scenes that could rival anything we see on TV or on the big screen. Clementine’s purpose in No Going Back feels less epic in comparison. Her focus is mainly survival. While this is undoubtedly important, watching survivors search for food and shelter is something The Walking Dead fans have already seen many, many times.

Perhaps it’s unfair to compare season finales, but after experiencing the emotional roller coaster that was Season One, you can’t help but feel that Clementine was short-changed in her own finale.

No Going Back is a quality episode, yet it fails to be as memorable as Season One’s ending, despite some intense and heartbreaking moments.

Episode 1: All That Remains

Episode 4: Amid the Ruins

Episode 4: Around Every Corner review