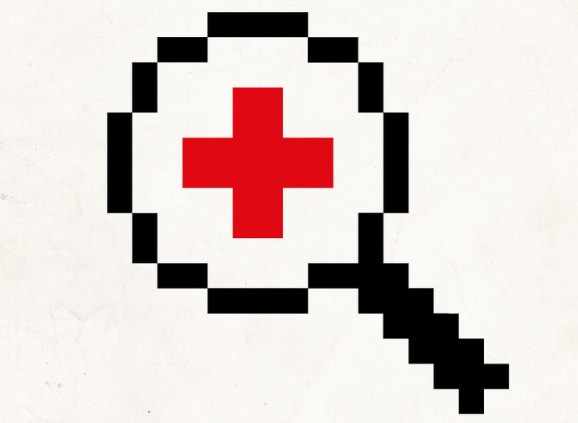 Bayer HealthCare appears to be the first pharmaceutical company to have started its own accelerator. The company that made €18.924 million in turnover in 2013 “understands that innovation and healthcare cannot only be driven by the industry but also needs creativity,” said Christian Ullrich, Head of Marketing & Sales IT at Bayer HealthCare yesterday.

Bayer has partnered with universities and smaller companies before and last year started Grants4Apps, a crowdsourcing initiative. This year, it was turned into an accelerator.

Altogether it received around 70 applications. A jury of experts selected five from all over Europe to participate in the 3.5 month long program. Each startup receives €50,000 as financial support, meets mentors every other week, and get free office space at the Bayer HealthCare HQ in Berlin.

The pharmaceutical company, however, does not take more than 10% equity in return.

Compared to other healthcare accelerators, Bayer provides around twice as much financial support. Most others give $25,000 for about 6% of equity.

While you might expect the accelerator to be a small side project for a long existing company such as Bayer, that’s not the impression we got yesterday.

Before starting the pitches, Reinhard Franzen, senior vice president at Bayer HealthCare, welcomed the audience and underlined that this step in innovation is taken seriously inside the company. “150 years ago we were a startup ourself,” he states. Franzen later explains that innovation is happening, and Bayer wants to be part of it by supporting startups.

Before the five minutes pitches, each team’s mentor from Bayer introduced them.

Cortrium: A C3 device that is designed to assess body surface temperature, activity and respiration rate. In addition, it has a three channel ECG to screen and diagnose cardiological diseases.

PharmaAssistant: To assure that people don’t forget to take the right amount of medicine at the right time, PharmaAssistant is a medication container that communicates with a patients’ smartphones. It sends push notifications as reminders.

Parica: Paric wants to develop a contactless detection system to analyse vital signs and make recommendations to specialists such as pharmacists. The team and idea is still very early stage.

FabUlyzer: The wearable uses a nanotechnology sensor to find out how much fat was burned after workouts.

Cardimoni: “A doctor in your pocket” is what the startup calls its smartphone app that lets users check their heart rate and regularity of its rhythm at the same time. This will be done with a one minute recording through the android phone camera.

The event itself was definitely not traditional. The event was very well-organized, giving the impression that the accelerator has been in the startup scene for years. When commenting on the Wi-Fi, one speaker said, “not to bitch about it, but just network and find better connections between each other.”

It was the whole package: informative talks, an engaging program, even the right music. Top that all off with burgers, veggie hotdogs, spanish beer.

Badges were designed as pill boxes and the program printed as a package insert.

It’s still unclear if there will be another edition of Grant4Apps. This is a test, and not only the audience but also Bayer HealthCare will have to see what will happen in the next 3.5 months. The startups will present at a Demo Day in early December.