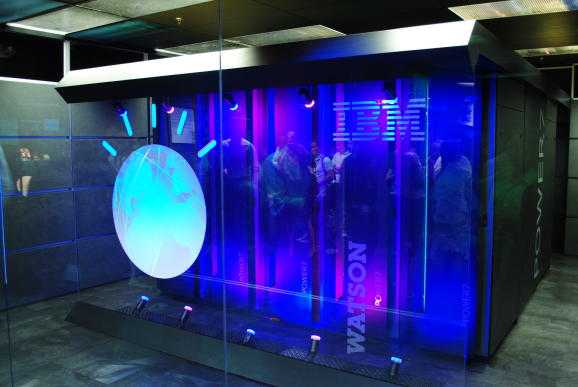 IBM’s grand plan for Watson, its Jeopardy-winning supercomputer, is quickly coming into focus — especially when it comes to academic and scientific research.

Big Blue tonight announced the Watson Discovery Advisor, a cloud-based tool that will let researchers tap into Watson’s big data processing smarts to speed up their work. Specifically, IBM says it should dramatically accelerate the process of testing researchers’ hypotheses and coming up with conclusions.

[Want to learn more about Watson? Check out our feature: Inside IBM’s billion dollar bet on Watson]

Watson has certainly come a long way from just outsmarting Jeopardy champions (not to diminish that feat). Now we’re beginning to see how Watson’s capabilities can be used to solve real-world problems. When it comes to research, IBM says Watson can “understand the language of science,” which will help it make sense of the mountains of data that will be thrown at it.

“One thing we’ve learned from clients and partners is, really, what Watson is doing is enhancing, scaling, and accelerating human expertise,” said IBM’s Steve Gold, head of marketing for the Watson Group. “Watson will impact personally how we shop online, how we buy insurance, how we solve problems; professionally it will transform how we operate every single day.”

Future tech historians may look back at 2014 as the year of Watson for IBM. The company kicked off the year by announcing the Watson Group in January, a business unit solely focused on finding new uses for the supercomputer. IBM poured $1 billion into the Watson Group and plans to staff it with 2,000 employees.

IBM will also make Watson available to college students this fall at Carnegie Mellon, Stanford, and other top schools to help train them in cognitive computing, the new type of computing exemplified by Watson. It differs from programmatic computing, the computing model that we’ve relied on for the past 60 years, because it’s focused on training computer systems rather than giving them orders directly.

We could eventually see Watson directly impacting discoveries in areas like pharmaceuticals. Gold mentioned that only one in 5,000 drugs developed today ever make it to market, and the average cost of developing a new drug is around $1.3 billion. With something like Watson in their tool set, drug researchers could eventually develop and test potential new compounds much more quickly.

“It’s not just a better mousetrap, not just a faster way to do things — it’s a fundamental shift in our lives,” Gold said.