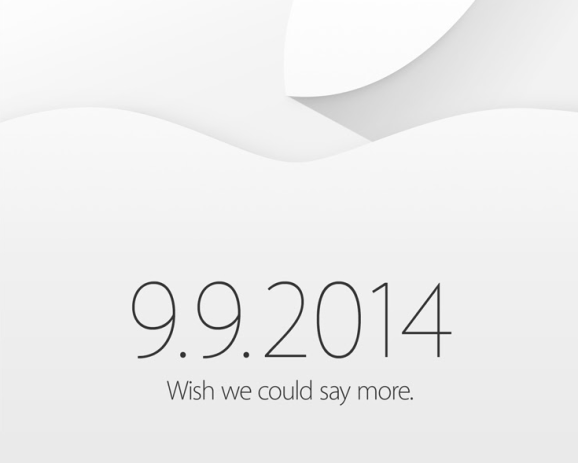 Although the company hasn’t officially disclosed the subject of the keynote, it is widely rumored that Apple will launch a wearable device alongside the next iPhone.

As our own Ruth Reader wrote yesterday, “there’s still no name for the media-dubbed iWatch. However, Financial Times reporter Tim Bradshaw says ‘iWatch’ isn’t it.”

Apple may also debut not one but two new iPhone 6 models, according to Recode. And as we broke back in June, the iPhone 6 may feature NFC, wireless charging, a better 4G antenna, and a much bigger screen.

Although the latest rumor suggests that Apple will launch some sort of wearable gadget, previous rumors suggest that “production issues” would lead to a 2015 release. And as we’ve said before, Apple was supposed to launch a smartwatch last year, too.

Despite the swirling rumors, investors clearly anticipate something big from Apple this year, as its stock price hit record highs last week.

In other Apple news, the company isreportedly readying a 12.9″ tablet for 2015.