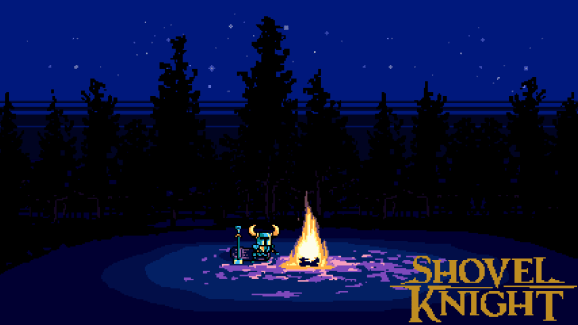 Shovel Knight is one of the biggest successes on Nintendo's digital eShop, and now it's heading to PlayStation Network.

A recent report revealed that adult women outnumber teenage boys when it comes to gaming — but that doesn’t tell the whole story.

Nintendo revealed the demographics of its digital eShop store for its Wii U console at the Unite 2014 conference for the Unity game engine. It turns out that men far outnumber women when it comes to buying digital games on its platform. The company confirmed that men make up 93 percent of the people making purchases on the Wii U’s digital-distribution market. Now, this doesn’t reveal who owns a Wii U, but it does illustrate the skewed market that developers — especially independent game makers who don’t release physical games — are selling software to.

Nintendo went on to provide a trove of information about its digital customers. The company noted that more than 90 percent of Wii Us have an active connection to the Internet, and 70 percent of those (63 percent of the total install base) visit the Wii U eShop on a regular basis.

The publisher also provided a breakdown by age of eShop customers. When it comes to digital, 25 to 34 year olds are by far the biggest age range. People between 18 and 24 were the second biggest range followed by 35 years or older, then 13 to 17 year olds, and finally those 12 and under.

Above: That’s a lot of people that look just like me.

“You might be surprised because Nintendo is known as a very kid-friendly and family-friendly console,” Nintendo of America senior marketing manager of licensing Damon Baker said. “But when you look at the breakdown of what the audience is on digital, you’ll see it’s very similar to what you’ll find on Steam or the other consoles.”

Baker, speaking primarily to developers, explained that people who release games appropriate for men 25 years or older are going to probably have an easier time finding success on Wii U’s eShop.

A lot of this data flies in the face of the recent Entertainment Software Association’s report that women make up 48 percent of gamers. Of course, that is still accurate, but The ESA is casting its net as widely as possible. Your grammy playing solitaire for Windows 95 counts as a gamer. That doesn’t mean that a developer should necessarily take her desires into consideration when making a game for the Wii U’s eShop.

Of course, who’s to say my grandmother wouldn’t spend more money on the Wii U eShop if developers did take her interests into account … although who knows how much money you’d have to spend on the Columbo property.