The University of California San Francisco (UCSF) has been building a secure new clinical communications and collaboration platform, and it’s already being used by hundreds of doctors and other caregivers at UCSF Medical Center.

The product, called CareWeb, gives doctors and other caregivers a social networking-like space where they can keep track of a patient’s care in the hospital. It uses a real-time newsfeed model, which works on both desktop and (iOS) mobile screens.

CareWeb is a tantalizing example of how healthcare providers can apply social media and mobile paradigms in clinical settings to better coordinate care.

“It’s kind of like Salesforce Chatter, but it’s built around the patient,” said Michael Blum, MD, director of the Center for Digital Health Innovation (CDHI), which has been managing the development of the product at UCSF. Chatter is a real-time enterprise communication platform.

CareWeb and platforms like it will also begin to replace outdated communication modes. “Caring for patients is a team sport, but the communication used by caregivers is single-threaded,” Blum said. He explained that the pages, texts, and phone calls commonly used by various care team members in the hospital are one-to-one, so nobody else on the care team knows what’s being communicated.

Blum says current communication modes also often require multiple steps and leave loops unclosed. When a nurse calls a doctor and leaves a message, it’s up to the doctor to listen to the message and then call back, Blum says. Too many steps.

CareWeb lets everybody watch in real-time all the activities (orders, prescriptions, tests, etc.) of various physicians, nurses, and other providers involved in the care of a patient. “It creates a social wall of communication and invites the whole care team to join in,” Blum says.

One of the reasons CareWeb resembles Salesforce’s Chatter is because it is built on the Salesforce platform. A number of Salesforce developers worked on CareWeb alongside developers at UCSF.

And the relationship may be about to get closer still. VentureBeat has learned from a reliable source close to the situation that Salesforce.com is now in negotiations with UCSF to buy CareWeb outright.

When asked about the possible deal, Salesforce spokeswoman Annie Meenan sent this email reply: “I can’t provide you with more info at this time as we do not comment on rumors or speculation.”

Still, an acquisition would make perfect sense. Salesforce has been looking for ways to move deeper into the health care industry. Earlier this year it announced a joint venture with Philips to build a cloud platform that can gather data from a number of clinical devices, like home health monitors for seniors.

CareWeb pulls in patient data from the electronic health record (EHR) to establish a “conversation” when the patient is first admitted to the hospital. At UCSF, that involves an integration between CareWeb and Epic, the EHR used by UCSF.

This EHR integration is how CareWeb knows who the patient is, what’s wrong with them, and who will be involved in treating them. Then all the communication, discussion, and collaboration happens around that core information. There is never a question of what patient caregivers are talking about on the social wall, said Raman Khanna, MD, the UCSF doctor who has been spearheading the development of CareWeb since its birth in 2011.

And all that information is searchable, too. Messages are searchable by sender, recipient, patient, or message content. This creates a body of communications and orders that describe the care of the patient from admittance to discharge.

Perhaps the biggest challenge in getting doctors to adopt a new communication platform like CareWeb is getting them to stop using the old ones. Texting has become a common way of communicating among hospital caregivers, but it’s an insecure mode, leaving patient data exposed to eyes that don’t need to see it.

Despite that, and despite the fact that texting is usually against hospital policy, physicians will default to texting and SMS messages, saying it’s “in the patient’s interest,” Khanna explained. 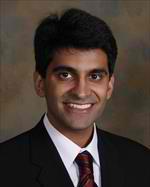 The communication in CareWeb, on the other hand, was designed from the ground up with HIPAA privacy compliance in mind. The “social wall” seen by caregivers is accessible only to people directly involved in the patient’s care.

CareWeb is integrated with the hospital paging system, so if a physician receives an alert on CareWeb, they will also get a page, Khanna said.

Patients get access to the messages in CareWeb, too. Not only do they have a right to monitor the services being renderred, but they can receive instructions on how to take care of themselves after they leave the hospital.

The problem is, some patients might misinterpret the communication stream in CareWeb about their care, because it’s filled with lots of clinical lingo.

“We don’t want to freak people out,” Blum said. “We are currently working through this part trying to discover how to do that effectively without really messing things up.”

Blum said CareWeb is also being outfitted to work in clinic environments.

Right now, most of the UCSF physicians using CareWeb are internal medicine residents and hospitalists (doctors who work only in the hospital), Khanna said. He said that by July of 2015 all UCSF Medical Center doctors, and lots of multi-disciplinary caregivers, will be using the platform for communication.

The CDHI at UCSF fosters new digital health technology by providing developmental resources and by leveraging external partnerships (like Salesforce.com).