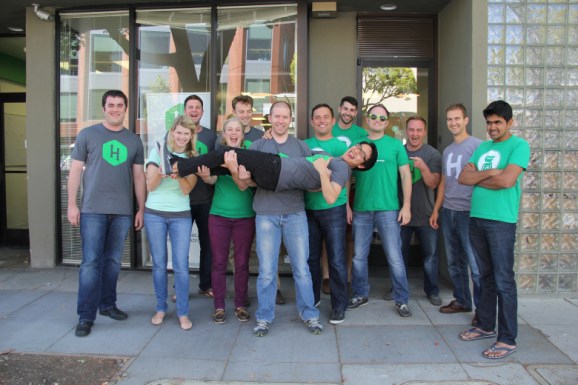 Finding skilled game programmers isn’t easy. So HackerRank has built a recruiting tool that “gamifies” the process, or applies game-like mechanics to nongame tasks to get people more engaged.

Today, the company has revealed a game tool that challengers programmers to create artificial intelligence characters that can beat those created by a game company that is looking for programmers.

Game companies in particular are excited about this, and two companies that have already signed up to use it are the fast-growing digital game companies Riot Games (League of Legends) and Pocket Gems (a mobile game developer). They need engineers, and tools like those that HackerRank offers can show off an applicants skills without boring them to tears in job interviews.

“Every single customer I’ve shown this to is excited because it brings a whole new dimension to job recruiting and interviewing,” said Vivek Ravisankar, the chief executive of HackerRank, in an interview with GamesBeat. “With HackerRank, you can attract people who are really interested in what you are doing in an engaging manner.”

Companies can do things like create a game of chess and challenge a player to create a program that plays chess better than the game’s existing A.I. bot. Some companies are able to get nine hires from each challenge they create, HackerRank claims. Companies can challenge programmers to show off their skills with computer languages such as C, C++, C#, Java, and Python.

“We hope we are on the forefront of changing attitudes about hiring,” he said.

HackerRank creates a community where developers and engineers can use its website to solve puzzles or hone their skills. Those who perform will can show up on leaderboards, and companies can go after the people with the best skills. The company claims it saves its customers 80 recruiting hours for every hire.

The Palo Alto, Calif.-based company raised $9.2 million in a second round of funding in June. Investors include Khosla Ventures, a16z, Sierra Ventures, Battery Ventures, and other angel investors. Altogether, the company has raised $12.5 million. HackerRank has 75 employees, and it hopes to become profitably by the second quarter of 2015. Rivals include Gild. Beyond the game companies, HackerRank has lots of other tech customers such as Facebook, Yahoo, Microsoft, and Square.

It took a while to figure out the business. Ravisankar and Harishankaran Karunanidhi started thinking about a company a few years ago. One of their ideas was to create a process that made it easier for engineers to apply for visas so they could work in the U.S. That didn’t work so well, since there were only two times a year when the applications were processed. Another idea was to create mock interviews to help train job applicants. But the applicants didn’t really have money to pay for that.

They went through the Y Combinator summer 2011 accelerator class. By 2012, they figured out what they wanted to do.

“Our vision really expanded beyond a platform for screening programmers,” Ravisankar said.