Obsessive compulsiveness and long-term planning do not always go hand-in-hand, but Double Fine wants you to test those abilities in their tactical turn-based role-playing PC/Mac game, Massive Chalice. It spans a timeline lasting 250 to 350 years where you need to accept that your starting party will not live to see the end of the tumultuous story. How do you prep future generations for the troubles ahead even before your children are born?

Based off my playthrough of a preview version on PC, Massive Chalice is a game of genetics, among many other things. It makes you consider the traits one game character would pass on to future children, whether it’s bear-like strength or resistance to particular status ailments. Then you have to consider how this child would complement the rest of your party. This is a band of warriors tasked in defeating The Cadence, an evil corruption that has overwhelmed Massive Chalice’s ten-region landscape. On a macro level, your party plays a tactical form of whack-a-mole; one region is temporarily cleansed of the corruption while The Cadence intensifies somewhere else. Double Fine assured us that this vicious cycle has an ending. At the same time, a lot can happen to a dynasty of warriors over 350 years, with many events occurring out of the player’s control. 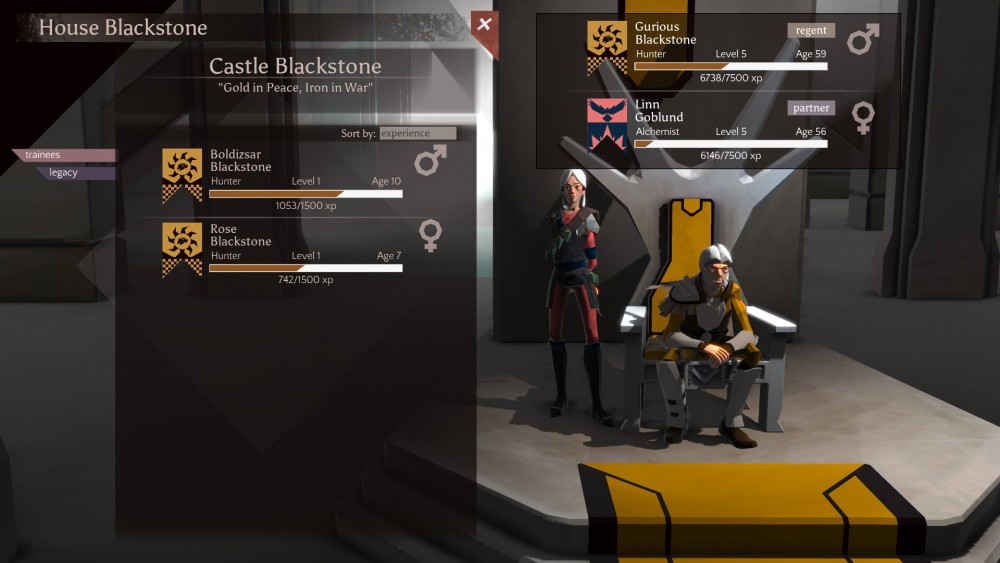 Above: Massive Chalice might be the Game of Thrones game we were looking for.

From a slightly crass perspective, this mating gameplay isn’t all that different from the complex breeding system of Sega’s Derby Owners Club horse racing game. Both games promote a sense of balance and value judgements. You have to figure out when your characters are best used in the field or best retired in order produce well-bred offspring. An important variable to consider is that a combat-hardened warrior with high XP can pass much of that experience to her child. Yet for a game that features permanent death like Massive Chalice, progeny aren’t guaranteed. It’s not like Phantasy Star III, a game that gave you a choice of mate and had a narrative that ensured children.

Like a thorough RPG player making charts to compare loot, planning out your unborn child’s class to complement your battle roster is time well spent, even if you do have to make a spreadsheet. The starting classes are basic enough: the Hunter for ranged attacks, a stealthy Alchemist for those who want a balance between distance and close quarters, and the tank-like Caberjack, named after Scottish Highlanders who toss those large tree trunks. Your child and the party at large might benefit from a hybrid  class, such as the Cabermist. We surely hope Massive Chalice can keep unlimited autosave files of a single campaign because you’ll have a lot experimentation to do. 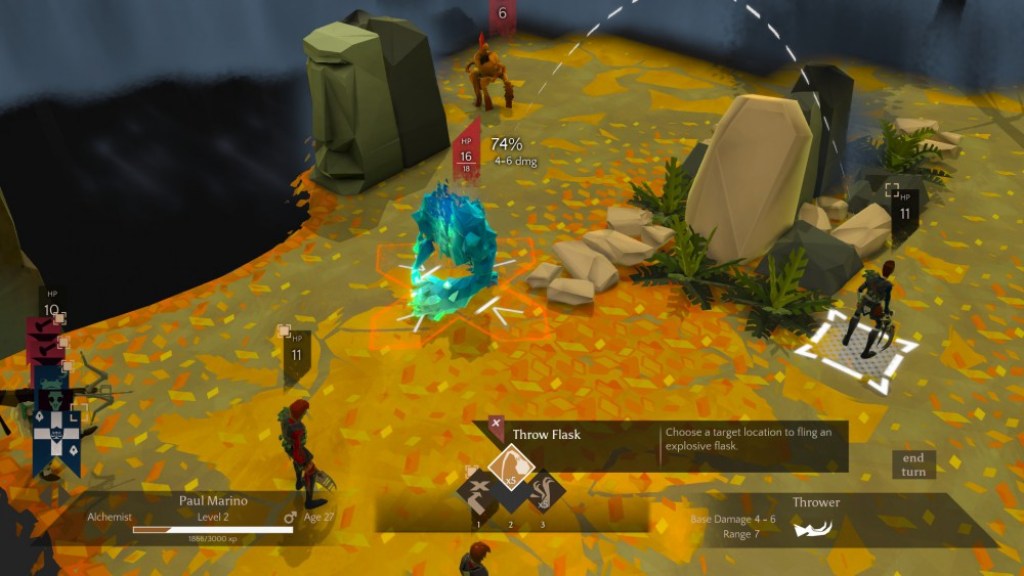 Above: With careful planning, the Swapper’s swapping ability can be used to your advantage.

Massive Chalice’s X-COM-inspired grid combat will have some say in how you experiment with your roster, especially when facing enemies with creative abilities. Imagine getting hit by the blue, Gorilla-like Swapper, an intimidating foe who can swap places with you. It might leave the Swapper surrounded by your party, but you’ll also find yourself encircled by enemies. Then you face off against the Wrinkler, a grim reaper-in-training whose scythe has the potential of making you older. So yes, Massive Chalice features both permadeath and also permanent aging. Certain genetic traits and items can resist the Wrinkler’s abilities, but like in life, Massive Chalice isn’t so symmetrical that it features a counter for every ailment. Some elements of this game are simply out of your hands, very much like X-Com or the Civilization series. Those games excel because you have just enough control to deal with most unexpected outcomes. If Massive Chalice is well received, it might be because of this balance of player empowerment and the means to tackle the game’s curve balls, whether they be story events or genetic results.

If planning your offspring and keeping the prospective parents alive weren’t nerve-racking enough, Double Fine is also forcing you to cope with life’s surprises. Randomness is another feature of Massive Chalice; these events don’t occur often, but when they do, you’ll be forced to adapt. Imagine working hours and hours to give birth to a grandchild with a high experience base stat and a hybrid class, only to find out the child is infertile. Would you be upset that those traits could not be passed on to a great-grandchild? Would you feel relief knowing that you don’t have to worry about prepping that child for breeding in the future? How would that change your tactical approach in battle? If games were quotes, Massive Chalice would be Gandalf’s famous line from the Lord of the Rings, “All we have to decide is what to do with the time that is given to us.” 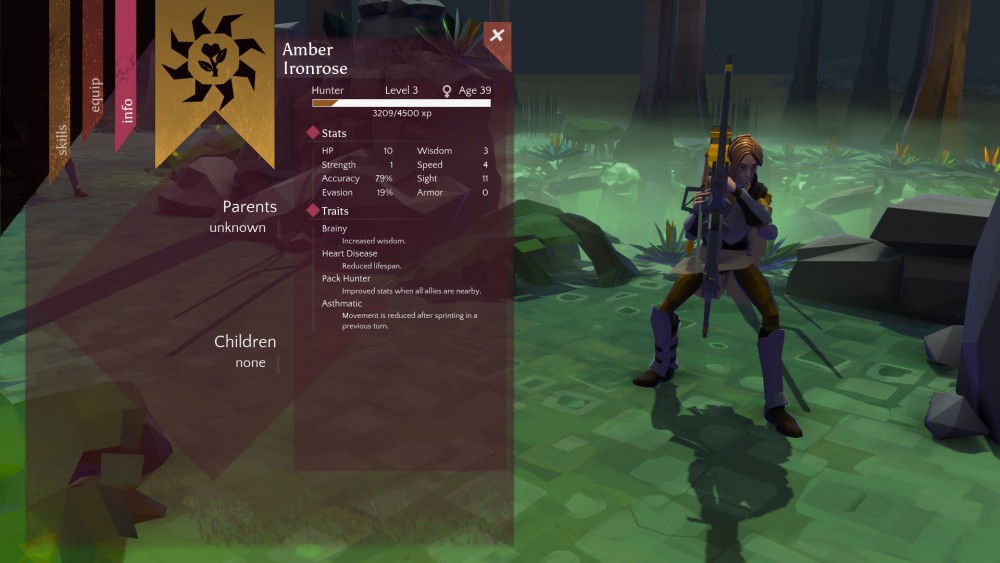 Above: Traits like asthma and heart disease will affect your character.