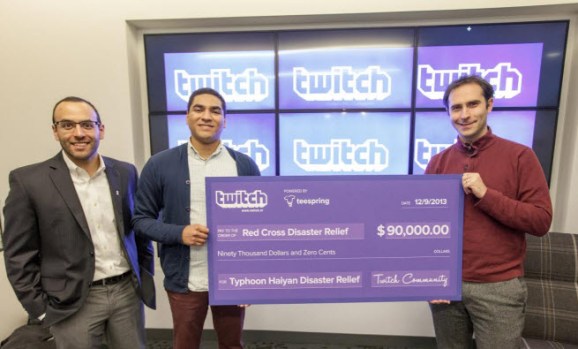 Sometimes the facts get in the way of a great story. I felt that way a little when a competing publication, The Information, reported this week that Amazon, not Google, was buying gameplay livestreaming startup Twitch for $970 million.

I cringed, as that scoop should have been mine. But I was asleep at the switch on Twitch, as I reported Google would do the deal. How this story unfolded showed me how I can get a story right and then get it wrong. It proved how fierce the competition between the gaming giants has become, where one will snatch a deal from another. And it reminded me of some important lessons I should have learned by now about digging out stories and following them wherever they lead me. I’m sorry I didn’t serve readers here, and screwed up with my basic journalism. I’ll explain how this happened, and I hope you’ll find the transparency a little eye-opening.

This started back in May when Variety reported that Google’s YouTube division had reached a preliminary deal to buy Twitch for $1 billion. Variety noted that YouTube was prepared for regulators to challenge the deal on antitrust grounds, as the combination of YouTube and Twitch could be perceived as creating a beast with too concentrated a market share in an important market for Internet video. The Wall Street Journal weighed in afterward, and said the deal was in its early stages.

The deal was never announced. By mid-July, I wrote a story based on original reporting, with a headline that “confirmed” the Variety story that Google was going to buy Twitch for $1 billion. I said multiple sources confirmed it. That was a poor choice of words, as I intended it to mean that my own sources confirmed the deal, not that official company sources had confirmed it.

My original story itself laid out more precisely about what I knew and didn’t know. It said the shareholders were pleased with their return, and that there was a signed deal. These were a couple of facts that were not mentioned in the original Variety story from May, and I consider that to be original reporting. Then the Amazon-Twitch deal broke, surprising me and my sources. 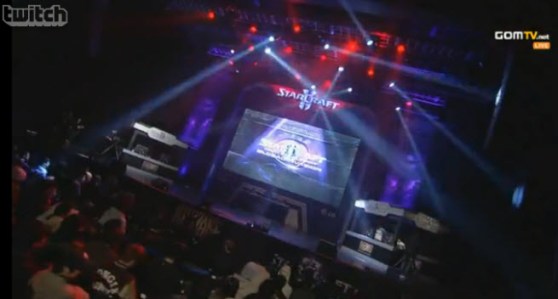 In hindsight, and with additional reporting, I believe the aforementioned additional facts that I included in my original story were right. Shareholders were pleased. A deal was signed between Google and Twitch. But it was a term sheet, as described by the Information’s own additional reporting. It is the kind of deal that lays out an agreement and a purchase price, but isn’t “definitive.” If you work out all the details in the term sheet, that can become a definitive agreement. If you don’t, you may pay some consequences. I had one outside source tell me that an inside source said the Google deal wasn’t going to happen, but I didn’t put much stock in that.

Antitrust did come up as an issue in the subsequent negotiations. Talks toward the definitive agreement stalled. That opened the window for Twitch to go out and seek another buyer. It started talking to Amazon. They cut a deal, with a $970 million price that was pretty close to the $1 billion price that I mentioned in the Google-Twitch story.

In that narrative, it’s fair to say that Google had the deal and then lost it to Amazon, which stole it away. For a period of time, after Variety’s story ran, my story was the only one out there making assertions about the deal. And I believe it was right. But I was only right until the facts changed.

What I failed to catch was the turn of events that favored Amazon. The Information reported that. When they did so, they didn’t say that VentureBeat was idiotic and that Google was never in the running. Both The Information and Forbes have subsequently reported that Google and Twitch couldn’t come to terms over the antitrust matter, and that’s how Amazon got the deal.

But it has made me rethink how I failed to follow some journalistic tenets. In reporting on insider acquisitions, it is good to remember the rules of my former employer, the Wall Street Journal, which required two independent sources if they were going to be anonymous. It is great if those sources are insiders: CEOs, executives, investment bankers, or lawyers. They are insiders who can tell you what is happening with negotiations by the minute. It’s also great if you get sources on both sides of deal, as each side has different perspectives. Clearly, I did not have these kinds of sources, or they would have told me about the change.

Then there are lower-level contacts inside a company. They’re not as valuable as they don’t know a lot of the secrets. But they can tell you if the CEO sent out a company-wide memo or announced something internally that is counter to or consistent with a set of facts. And there are outsiders who say they are talking to high-level insiders. These kinds of sources are not ideal, but they may be much easier to come by than the high-level insider contacts. Then it becomes a case of whether you trust those outsiders or not. If they steer you right multiple times, then you can trust them.

Where you can get into trouble is when you write a story that seems like it comes from the highest level insiders, when in fact in comes from lower-quality sources, like outsiders talking to insiders. In hindsight, it would have been much smarter to either not write anything or to accurately describe the level of sourcing, without giving anything away about how to pinpoint and identify the sources. That’s a bit of a trick, as some sources will try to put limits on how they can be described, out of fear for being discovered. But it can be done in the name of transparency, which is a competing demand to protecting sources.

Now, once in a while, people will turn to a third-party source with no inside connection. These people are terrible sources of inside information, and they generate lots of rumors. But they’re occasionally good for independent analysis or insight. So I turned to one of them myself, to try to make sense of this where no one on the inside would really say much. (Amazon issued a statement saying it cares about games, and Twitch didn’t answer my questions).

Brad Hunstable, chief executive of Ustream, said he didn’t know any inside info about whether regulators would have given Google a hard time. He feels that the market is massive, and that there are many emerging markets for Internet video like the enterprise livestreaming video market where Ustream plays.

It seems a little timid for Google to give up on Twitch because regulators might challenge it. Of course, Google has other antitrust problems, and perhaps it didn’t want to add to them. It seems like a funny explanation for why the Twitch-Google deal didn’t happen. But that’s what I’ve heard, and that has been echoed by Forbes and The Information.

As for why Amazon had to have gameplay livestreaming video and keep it away from Google, Hunstable said, “The tech titans have realized video is core. There is no medium more engaging than video, in terms of the emotional connection. I don’t know if it is to help them sell more games, or to help Amazon Web Services become a better video platform, or to help Amazon Prime or e-commerce. But I know video is a powerful, powerful medium.”

The interesting thing is that representatives from Amazon, Google, and Twitch will all be speaking at GamesBeat 2014. We can ask them how this all came down, but they’re not going to tell that story on a public stage. I’d love to hear people tell me some really good stories, in private. And I will keep seeking them out, and I hope to get the story right when I tell it to the whole world.

Lastly, as an opinion columnist in this part of my job, I have to express solidarity with anyone who opposes the Internet mob. Having faced just a few critics this week, I can barely begin to fathom what it must be like to have the Internet come down on you.

Lately, it has turned on game developers. Game developers Zoe Quinn, Phil Fish, and feminist critic Anita Sarkeesian were all attacked on social media and faced death threats and the exposure of their personal information. Sarkeesian had to go into hiding, and Fish already stated he was quitting game development because of the abuse he was taking on the Internet.

The anonymity and big audience of the web brings out the worst in trolls, as expressed so well here. This has got to stop. We don’t want to drive our artists into hiding, the way that the totalitarian governments did in decades past. We shouldn’t just let this happen. The Internet, if anything, should open our eyes to diversity of opinion and behavior. It should not be a tool for shutting anyone down. As Dylan Thomas once wrote, “rage, rage against the dying of the light.”