This story was updated with interviews with Tabytha Armstrong and Aaron Chapman.

David Armstrong took to the World of Warcraft forums last week to thank the game’s developers for years of entertainment for himself and his wife Tabytha, who had just been diagnosed with a rare, aggressive form of cancer.

But it was the community who gave back, attending special in-game events in honor of the couple over the weekend and donating more than $5,000 in a matter of days. 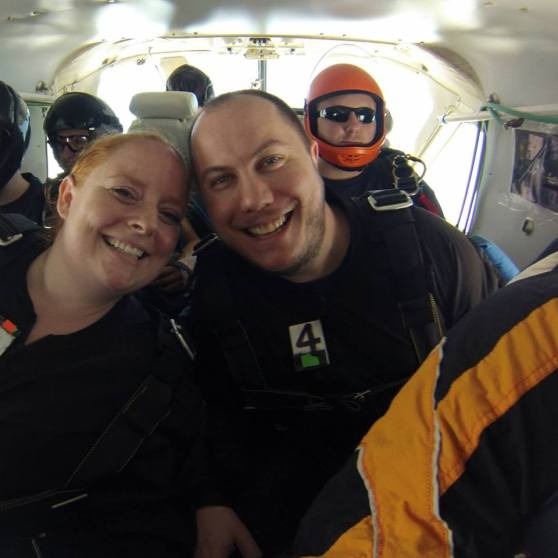 Above: Tabytha and David Armstrong

David and Tabytha Armstrong have played the massively multiplayer online game together for years, and they even organized a guild of players to tackle heroic-difficulty bosses on their home server of Eldre’Thalas. He is 36 and she is 33; they live in Montgomery, Ala.

“It’s been our main hobby and form of entertainment as she has gotten through nursing school,” David Armstrong wrote in the post. He explained that doctors diagnosed Tabytha with an aggressive case of cholangiacarcinoma, cancer of the bile ducts leading from the liver to the small intestine, and had initially given her less than a year to live. The couple are actively seeking second opinions.

“She and I have had WOW as the one thing that we share and love together,” he wrote. “… We even managed to secure Blizzcon [convention] tickets for this year. We danced like 8-year-old kids when I was able to hit refresh and enter my credit card info and lock down two tickets. We’d never gone before, just got the virtual tickets, and we were so pumped. Of course, now treatments and doctors take precedence over that, but we’re still going to try to go.”

He went on to thank Blizzard for its games and the opportunity it gave them to play together.

“Our relationship has been so strong, so amazing, and a part of that belongs to you guys and gals at Blizzard.” 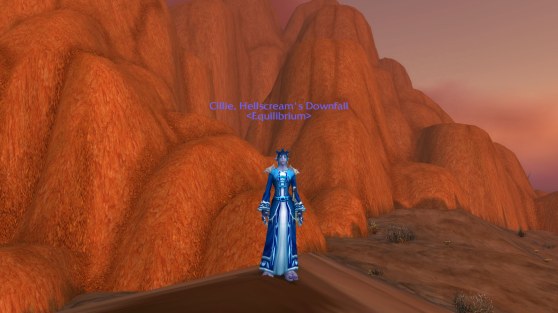 Above: Tabytha’s World of Warcraft character

Tabytha didn’t even know he had posted until someone mentioned it online a day later, but she said she wasn’t surprised, because she and David had discussed their gratitude for players and game just a day earlier.

“We were talking about how we just couldn’t believe how generous the people in guild had been, and how much support we were getting from everyone. We talked extensively about how gaming can sometimes bring out the worst in people, and that it was beautiful how people were coming together.” 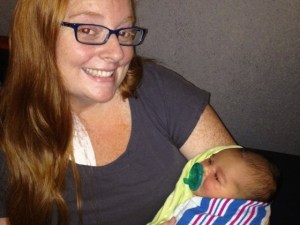 Above: Tabytha Armstrong with her niece

The response to David’s post was immediate: Community managers from Blizzard offered to hang out with the couple at Blizzcon, which will be held on their five-year wedding anniversary. Players immediately posted 20 pages of comments, unusually free of trolling, and upvoted his post more than 600 times.

Events at an online celebration over the weekend for the couple drew hordes of players from other servers. Gamers played hide and seek, challenged each other in high-level group raids of 25 players, and raced with level 1 characters across the game world. Hundreds of players donated prizes ranging from in-game mounts to real-world gift cards for others who participated.

And a modest $500 fundraiser for travel and other expenses posted by Aaron Chapman, a member Tabytha’s guild, crossed the $5,000 mark in a matter of days.

“We all sat there in shock, refreshing the page every five minutes or so, watching the donations pour in,” Tabytha said. “I just cried. I am humbled by the response. I honestly don’t know if it’s sunk in yet that all of our travel expenses to and from appointments are covered now.”

“Tabytha was diagnosed on July 24, and about a week later she posted about it on the guild Facebook page,” Chapman said. He’s a 40-year-old vice president of information operations at an Iowa bank. “We were all crushed; like we had been hit with a hammer. Our leader and friend was possibly going to be taken from us too soon.”

It didn’t take the guild, and Chapman, long to offer help.

“I am from a rural community in Iowa, where it is common to all band together to have a benefit for someone stricken in a tragedy. I wanted to do something everyone could participate in.”

About 200-250 people took part in the events. Many more logged in to cheer them and Tabytha on, donate to the cause in-game, or give to the fundraising campaign. Mumble donated a 500-person voice server for players to use for chatting on the night of the event.

“My face hurt from smiling and laughing so much. It was a great time,” Tabytha said.

“My mind was blown. None of us were expecting what happened to happen,” Chapman said. “I would log on and my mailbox would be full of people sending well wishes, prayers, pets and mounts for prizes, and people requesting more information.

“Our sister guild on the server, who we compete with, came out in full force to help and participate. Guilds from other servers were taking up donations to make sizable contributions.”

Tabytha said she treasures the responses the post and the events have gotten.

“The reaction to his post blew me away and continues to do so,” she said. “I have read every single reply and I will continue to read them. I plan to print them out and keep them with me to lift me up on the hard days. It is humbling to be the recipient of so much love from so many people I don’t even know. This community is absolutely amazing.”

Her family was overwhelmed by the response, as well — so much so that the couple will, indeed, be attending Blizzcon.

“My family is so blown away by the support from the community,” Tabytha said. “They finally understand what we’ve been telling them about WOW being more than a just a game: They were moved to tears by the generosity of the community. They have offered to help us get to Blizzcon this year, so we will definitely be going! We would be thrilled to meet the CMs.”

The couple will continue to play the game, she says, and even if her health deteriorates, she’ll continue to log in to chat with her virtual family.

“These people are our friends, and WOW continues to be a part of our lives.”