Tick tock. Less than three days left until The Sims 4 is officially released! If you still haven’t preordered or preloaded yet, you’re probably on the fence about which edition of The Sims 4 to purchase. (And if you’re not a die hard Sims fan, we’re not sure why you’re reading this.)

While The Sims 4 will undoubtedly be filled with a multitude of DLCs, packs, and expansions years after release, luckily for most of us the decision is only between two specific editions: The Sims 4 Limited Edition vs The Sims 4 Deluxe Edition.

– The Sims 4 Standard Edition: This is the base game that will show up in the Origin Store and other retailers a few days after the game is released.

– The Sims 4 Limited Edition: Includes the Life of the Party Digital Content. Comes with the Flaming Tiki Bar furniture and extra outfits for your Sims.

– The Sims 4 Deluxe Edition: Comes with the same Life of the Party pack noted above along with TWO additional packs:

1) The “Up All Night” content, which gives you the Laser Light Show item along with decorations to throw parties.

2) The “Awesome Animal Hats” content which features a series of fun animal hats for your Sims to wear. (Yes, really.)

3) Finally the Deluxe Edition comes with The Sims 4 digital soundtrack so you can listen to the soundtrack while you’re not playing the Sims 4. (We suppose some people will want to do that.) 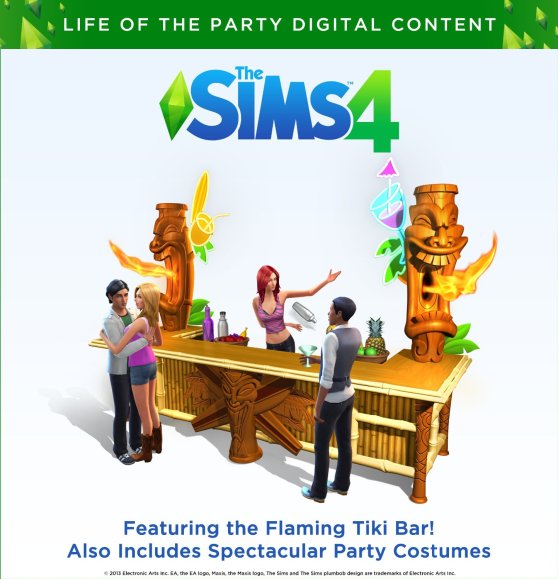 The Sims 4 Digital Deluxe… worth it?

All in all, the extra $10 for the two additional packs plus soundtrack is probably only worth it if you’re a die hard Sims 4 fan. You’ll most likely be able to find these included in future Stuff packs, expansions, or as an additional download, though we suspect it may cost slightly more than $10 to gather all three, given the Limited Edition won’t be widely available for sale after release date.

Take note that the Digital Deluxe Edition is only available at the Origin Store.. and if you purchase at the Origin Store, you’ll receive the “Great Game Guaranteed” which lets you receive a refund within 24 hours of launching the game or within 7 days of purchase if you don’t enjoy the game.

For those looking beyond digital editions, The Sims 4 Premium Edition is a physical copy of the game for $79.99. You’ll get all the things mentioned in the Digital Deluxe along with a nice spiffy “Creator’s Guide” hardcover book. Is the book worth an extra $10? We’ll let you decide. 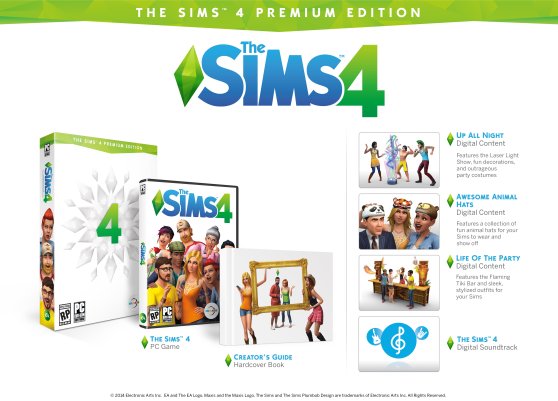