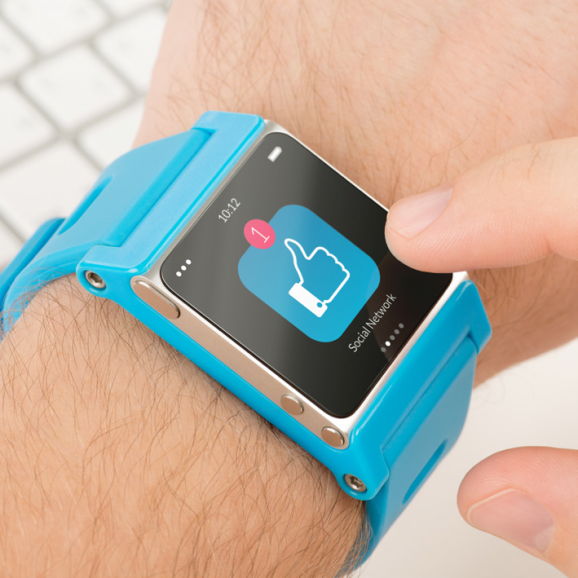 The world is getting smarter — not its people, of course, but all those things around us that are getting Net-connected processors. And a recent report from the Acquity Group finds that many Americans will soon be adopting the new smartness.

The report, The Internet of Things: The Future of Consumer Adoption, says that only about four percent of U.S. consumers currently own a smart appliance, such as a smart thermostat or smart refrigerator. But almost 70 percent plan to do so within five years.

Seven percent now own wearable smart tech, including fitness devices or smart watches. By the end of next year, that figure is expected to double, increasing to almost half of all consumers within five years.

As one might expect, the adoption rate is uneven across products. Although only three percent of U.S. consumers will adopt smart clothing and heads-up displays like Google Glass in the next year, within five years fourteen percent of consumers are expected to own smart clothing and — get ready for new kinds of in-person interaction — 16 percent will have a headset.

The biggest barrier to adoption right now is lack of awareness. But awareness has its downside as well, as consumers begin to realize that all those connected devices could be collecting data. Nearly sixty percent said they would be less likely to purchase a wearable because of reports about hacks and data breaches.

And if you thought advertising in your home was limited to your TV, computer and mobile screens, it’s time to get with the century.

The Acquity report says that “thirty-three percent of consumers are even willing to watch commercials on their devices [like smart refrigerators] for additional coupons.” Forty percent are willing to share data from wearables for coupons or discounts.

Collecting data on us, steering our behavior, selling us things: These devices that we’ll own will be so smart, they’ll figure out how to own us.